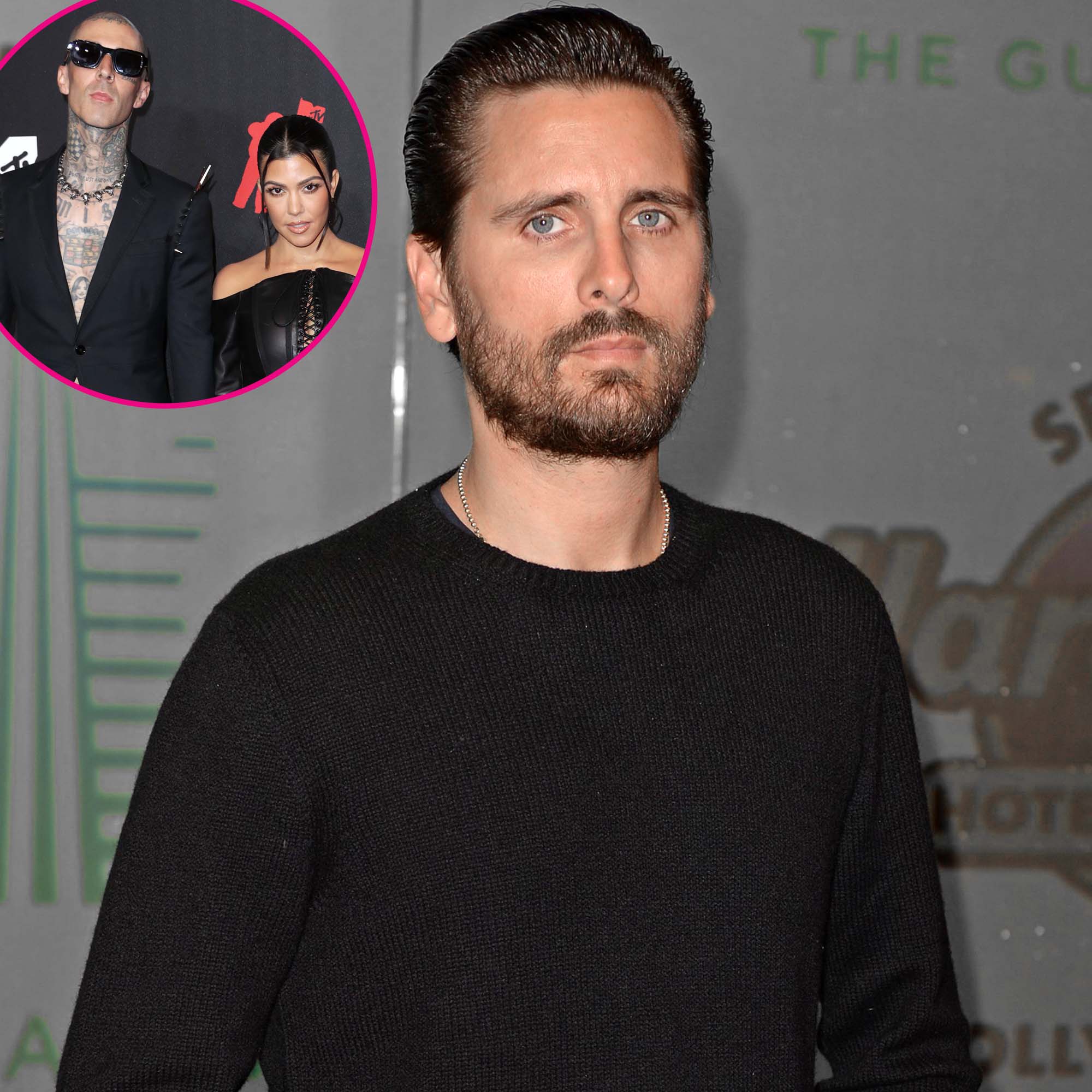 Not feeling the love? Scott Disick is “absolutely furious” over Kourtney Kardashian’s engagement to Travis Barker, a source exclusively tells Us Weekly.

“He knew it was possible, but is very jealous of Kourtney and Travis’ relationship,” the insider says, noting “Scott still thinks that they could call things off before the wedding.”

Us confirmed on Sunday, October 17, that the Blink-182 drummer, 45, proposed to the Keeping Up With the Kardashians alum, 42, on the beach in Santa Barbara, California.

The Poosh founder shared the news later that evening via Instagram, posting two photos from the proposal. “Forever,” Kardashian captioned the snaps of the couple embracing in a circle of red roses and candles at sunset.

“Both Travis and Kourtney are on cloud nine,” a source exclusively told Us on Monday, October 18. “The Kardashians, Jenners and Travis’ family are so happy for the two of them.”

Kourtney Kardashian and Scott Disick: A Timeline of Their Relationship

The TV personality was previously in a long-term relationship with Disick, 38. The pair, who share sons Mason, 11, and Reign, 6, and daughter Penelope, 9, split in 2015 after dating on and off for nine years.

The exes’ hit a snag in their friendship after Kardashian’s romance with Barker began heating up earlier this year. Us confirmed in January that the twosome had been dating for a few months after being “close friends” for years.

After Kardashian’s ex-boyfriend Younes Bendjima shared DMs he allegedly received from Disick in August regarding the California native’s romance with Barker, things got even worse.

“Yo is this chick ok!?????” the Talentless founder allegedly wrote in an Instagram message, alongside a photo of Kardashian and Barker making out during their European vacation that month. “Brooo like what is this. In the middle of Italy.”

An insider told Us last month that Disick got “riled up” over the “effect Travis and Kourtney’s relationship is having on his relationship with Kourtney.” The source noted that the New York native’s dynamic with Kardashian is “more strained than ever.”

A separate source told Us in September that “outside of coparenting, Scott and Kourtney’s relationship is nonexistent.”

The Flip It Like Disick alum, for his part, dated Sofia Richie from 2017 to 2020 before romancing Amelia Gray Hamlin earlier this year. The pair split in September and Disick isn’t ready to jump back into the dating pool just yet.

“He’s not looking to jump into another relationship so quickly,” a source told Us last month. “If it happens, it happens. He’s keeping his eyes open. He likes being in a relationship, so you better bet he’s on the prowl.”

While Disick seems to be having a hard time with Kardashian’s engagement, her family couldn’t be happier about the news. In addition to her sisters sharing videos of her new ring via social media, Barker’s kids, Landon, 18, and Alabama, 15, whom he shares with ex-wife Shanna Moakler, shared their excitement via Instagram.

“Love you guys,” Alabama gushed on Sunday, while Landon posted a video of his dad kissing Kardashian. “So happy for me and my new family,” he captioned the clip.