Face mask exemption cards sold by a charity for 55p appear on eBay with sellers charging up to £14.99

The Hidden Disabilities Sunflower was first launched in supermarkets in 2016 to discreetly sign that the wearer has a hidden disability and may need additional support.

However, during the pandemic, the scheme started producing a ‘facemask exempt’ card for those who have a ‘reasonable excuse for not wearing a face covering.’

The lanyards, which are available to buy for 55p on the official website without proof of a disability needed, are now being sold on eBay for as little as £3.59 – with prices ranging up to £14.99. 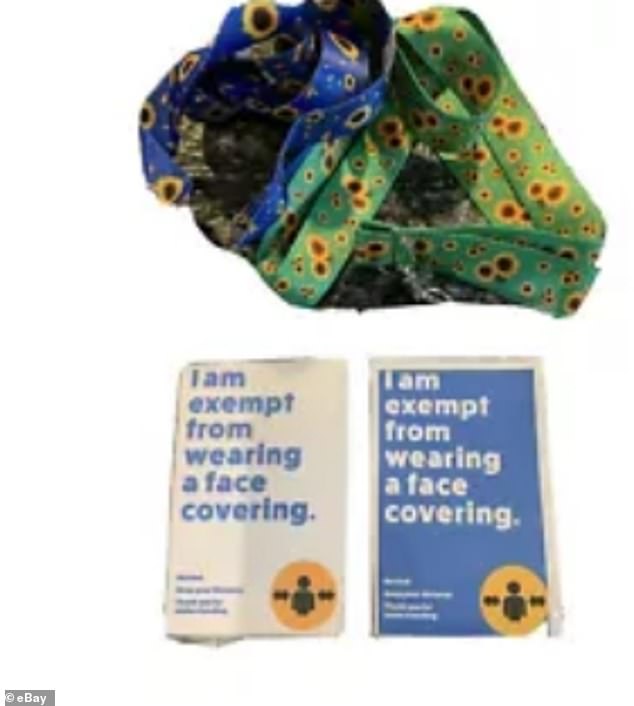 Selfish eBay sellers are selling hidden disability lanyards so that purchasers can avoid wearing protective face masks amid the coronavirus pandemic – despite government advice. Pictured, one seller flogging it for £7.95 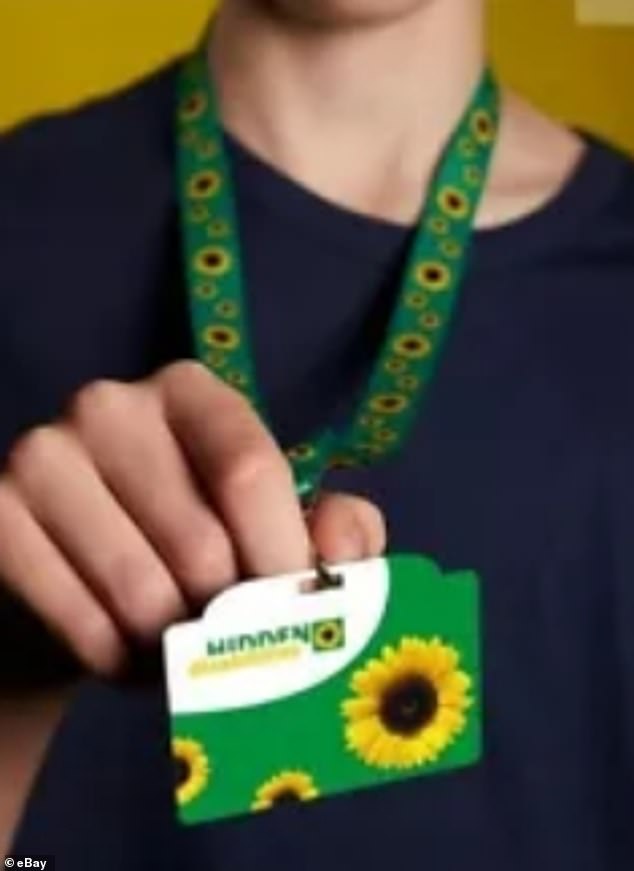 The Hidden Disabilities Sunflower was first launched in supermarkets in 2016 to discreetly sign that the wearer has a hidden disability and may need additional support. Pictured, one sale for £12.99

On eBay, another seller, who has more than 10 available, is flogging the disabilities lanyard for a ‘buy it now’ price of £12.99, while a second has uploaded it for as little as £3.59.

A further, who has listed the product for £12.50, plus £2.45 postage and packasing, has currently for 10 ‘watchers’ who are interested in buying it, while some are selling unofficial versions of the card.

This is despite the official Hidden Disabilities site clearly stating that official products are only available from their site, as well as from charities who are members of the scheme and who have been authorised to sell the product.

They state: ‘We do not sell any Hidden Disabilities Sunflower product on eBay or Amazon.

Another eBay seller posted a snap of the hidden disabilities face covering exempt card alongside a £9.99 ‘Buy It Now’ option

Another eBay seller is trying to flog the lanyard for £3.59 online – despite it costing just 55p on the official website

‘Hidden Disabilities Sunflower products being sold on these platforms are being resold at inflated prices or are counterfeit or copycat versions which can be misleading, cause confusion by not being recognised quickly by members of the scheme and may mean wearers are not helped as intended.’

The scheme also lists those exempt from wearing a face mask – including anyone how has a physical or mental illness or impairment, or a disability that means they cannot put on, wear or remove a face covering.

Other exceptions include those who are caused severe distress by putting on, wearing or removing a face covering and anyone helping someone who relies on lip-reading to communicate.

In England and Scotland, anyone who does not adhere to the guidelines can face a fine of up to £100.

The lanyards are also being given out by a variety of supermarkets for free – including Sainsbury’s, M&S and Tesco.

13 Birthday Gifts For Your Sagittarius Partner That Are The G.O.A.T.