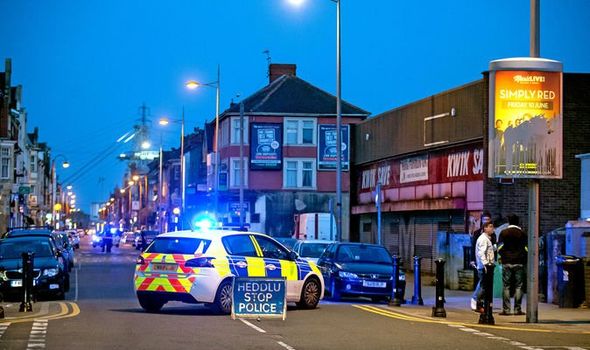 Oblivious to the crowd gathering around them, a man and woman lay unconscious.

A hundred yards up the road, another man had collapsed in a doorway, but he at least was moving a little and could talk to police officers standing over him.

Paramedics focused on the couple, removing the man’s shirt and performing CPR as he lay worryingly still, arms outstretched on the pavement.

Just yards away, teenagers practised wheelies on their bikes as fathers and mothers held baffled toddlers in their arms.

But the incident was not greeted with shock by the watching locals.

If anything, the distressing scene was met more with tired resignation than surprise.

Such incidents on Commercial Road, in Newport, South Wales, have sadly become commonplace.

In this part of Newport, Pillgwenlly or Pill for short, life has become toxic and illustrates the concerns of out-going Victims’ Commissioner for England and Wales, Baroness Newlove in her last annual report.

Disturbing scenes witnessed by the Daily Express during a recent visit are echoed in urban ghettos across the country, from Leeds to Liverpool, Manchester to Bristol.

In virtually every city, police, councils and locals seem unable to stop persistent anti-social behaviour that gnaws away at the fabric of communities. 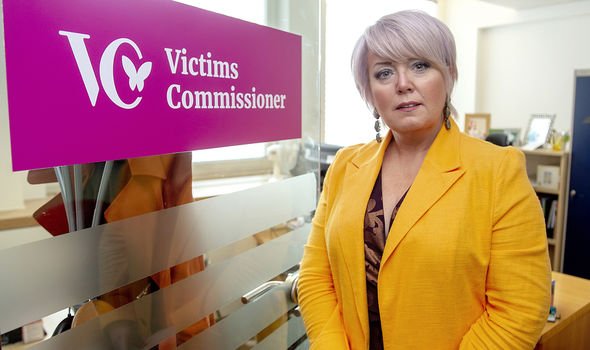 However, there was no sign of the special powers being enforced on May 16 when the collapse of two men and a woman after taking unknown substances was witnessed by the Express.

A group of 30 or so locals watched the grim spectacle, some filming the ambulance teams on their mobile phones.

Others swigged beer from cans, in apparent defiance of the PSPO.

One local woman, Sue, not her real name, has fought a battle to clean up the streets.

She has complained about one sex worker caught with a customer in the local primary and says children walking to school have seen prostitutes carrying out sex acts with clients.

Sue said: “People have been terrorised outside their front doors. It’s just like the Wild West. There’s children going to doctors because they’re not getting any sleep. It’s a dreadful environment to grow up in.

“Drug dealing goes on night and day, and residents have a constant threat of having their homes being broken into, which goes on all the time.”

Baroness Newlove pulled no punches when she analysed how Sue’s complaints had been handled, writing: “She felt her complaint was not taken seriously and she was treated with contempt. The residents have lost hope and now don’t even bother to phone the police. Sue didn’t receive any support throughout the process.”

It is supposed to alert police and councils that anti-social behaviour is out of control.

Yet activating it made no apparent difference to the horrifying behaviour in Commercial Road.

“I feel helpless,” said Sue. “The victim is not given a thought here. All the resources are going into the criminal element and the law abiding are just dismissed.” 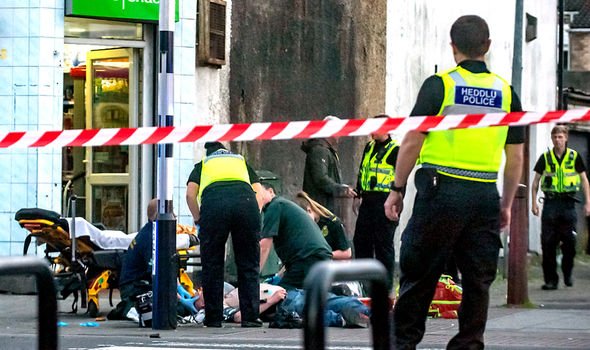 It certainly looked like that when I spent a few hours on Commercial Road.

Shortly after 6.30pm a young couple, clearly in a state of advanced inebriation, argued noisily.

Families emerging from convenience stores gave them a wide berth, but children as young as five stared at the drunken antics with a look of shock on their young faces.

Nearby – and still before 7pm – a lone woman appeared to be seeking punters from a street corner, even though Newport Central police station was only 150 yards away.

Just 90 minutes later, as paramedics tended to the three who had collapsed in the street, I was approached by an apparently intoxicated prostitute unperturbed by the police line.

Hobbling on high heels, she stood some 50 yards from three police officers. “Do you want some business?” she slurred.

When I pointed out there were a lot of police around she suggested going to the grounds of a nearby church while giving her prices – £20 for oral sex and £30 for full sex.

It is that sort of blatant behaviour – literally under the noses of police – that drives local residents to distraction.

Ann Barton, 73, has been running a florists shop in Commercial Road for 35 years.

The mother of four said: “This area, Pillgwenlly, has always been poor but in the past people were honest and decent. Now prostitutes are everywhere, there’s drinking, fighting and an air of menace at night. You won’t catch me around here after 6pm, it’s just too dangerous.

“Five shops have been broken into in the last week or so. I pull the shutters down when I go home, otherwise they would break in here.”

Deborah Wilcox, the leader of Labour-run Newport City Council, declined to be interviewed.

However, we have seen an email she sent to Sue in which she wrote: “There are no quick solutions or easy answers to the problems you and others have highlighted but I reiterate that the best and most lasting changes come from within the community itself.

“There are many excellent aspects to this part of our community, including one of the best primary schools in south-east Wales offering high-quality education to our children.” 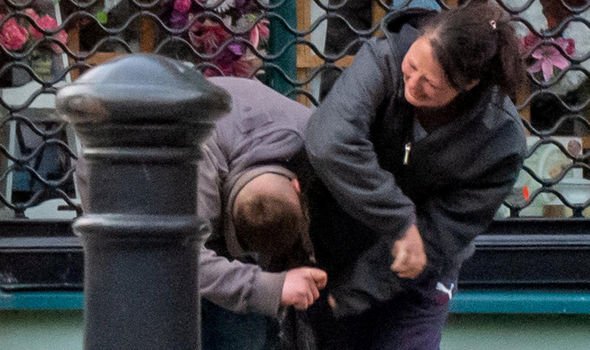 One mother of six living in Commercial Road does not see a bright future for her children, aged from six to 16. Dani Jenkins, 34, said: “It’s far too risky to let them play in the street, so I have to keep them inside most of the time.

“Drug addicts throw their needles in our front garden, which is very small, so we have to be careful all the time.”

Newport City Council said in a statement they were “aware of a range of issues in Pillgwenlly and we are actively working with our public sector partners, including law enforcers Gwent Police, to tackle them.

“The partnership is also working with the relevant agencies and the community around the issue of sex workers.”

Chief Superintendent Ian Roberts, of Gwent Police, patrolled the Pillgwenlly area with senior officers last month and spoke with residents, business owners and local councillors about a range of issues affecting the community.

He said: “The results of such visits, alongside daily statistics and other sources of information, help us manage the way we work in this area.

“Our officers patrol the area on a regular basis, and working with our partners, we continue to work hard to tackle concerns raised by members of the public.

“Whilst we acknowledge that there remain issues that need to be addressed, in recent months I have witnessed an improvement in public confidence in policing in the area and we are working hard to build on that moving forward.”

In March this year, Pill had some 7,500 residents and there were 165 crimes reported, compared with 137 the previous month.

Between April 2018 and March 2019 there were 249 anti-social behaviour incidents, 97 drugs offences and 171 public order incidents.

There were also 394 violent crimes, 19 robberies and 65 burglaries.

The figure for criminal damage and arson offences was 198.

“The figures speak for themselves,” says Ann Barton.