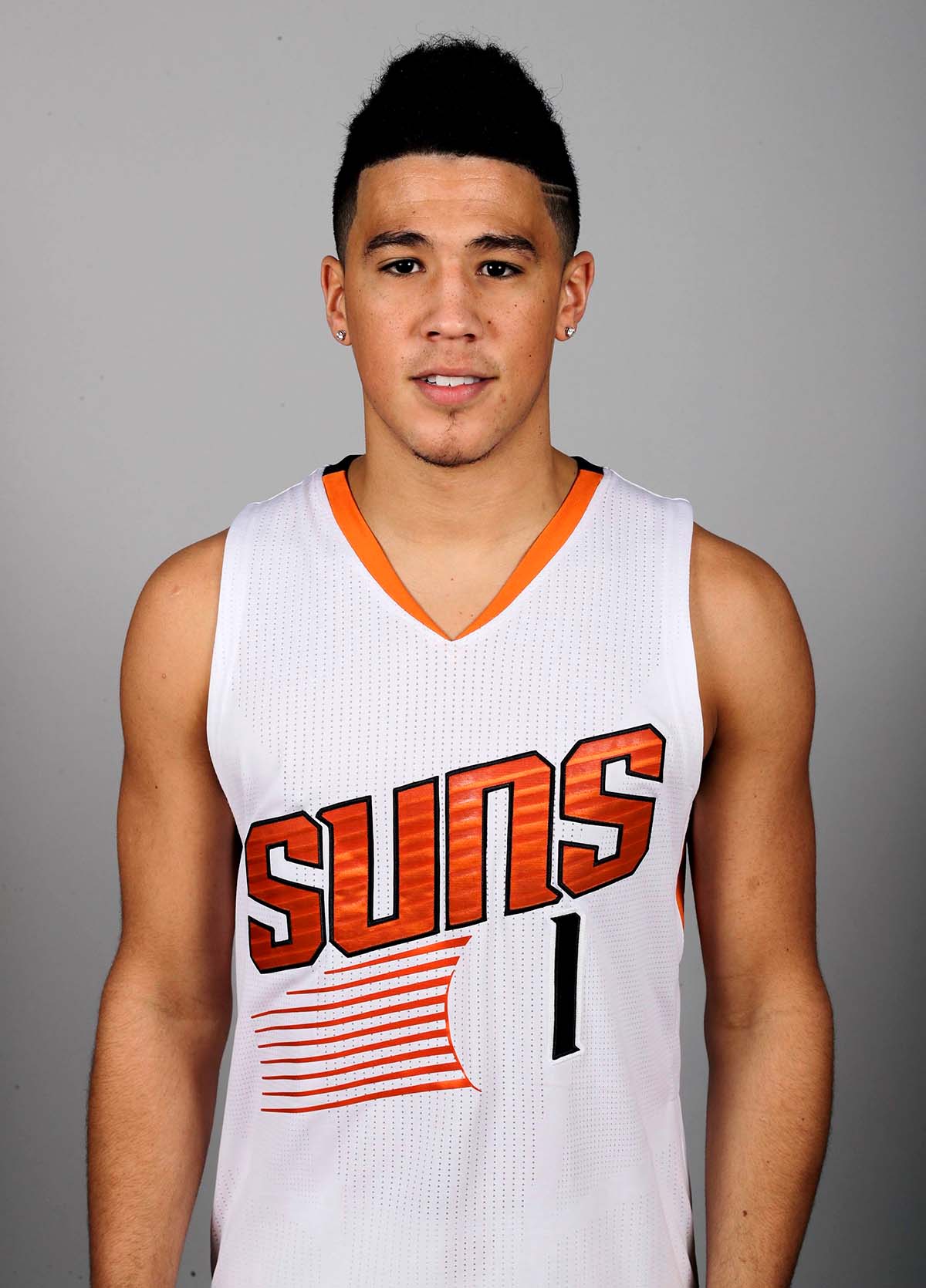 Spending time with his fans! Devin Booker took a break from the NBA playoffs to thank his cutest (and youngest) courtside fan.

“The bucket… or the baby fist-bump???” the official Twitter account for the NBA captioned a clip on Tuesday, April 19. In the adorable video, Booker, 25, ended the first quarter of the Suns vs. Pelicans game on Tuesday by coming back into the stands to fist bump a toddler.

The basketball player also received support from his girlfriend, Kendall Jenner, who filmed the game from the arena that same night. Booker’s sweet moment comes after Kendall, 26, joked that Kris Jenner is growing impatient with her plans for motherhood.

During an appearance on Jimmy Kimmel Live! earlier this month, Kendall gushed about getting to watch her boyfriend on the basketball court. “I watch every game unless I have — last night, I had a dinner, but all my friends and family know that I, like, sit with my phone [in front of me] wherever I am with the game on,” she shared.

Kendall and Booker first sparked romance rumors when they were spotted together in April 2020. Four months later, Us Weekly confirmed that the couple were “still seeing each other.” A second source exclusively told Us at the time, “It’s easy because they get along well and he also gets along great with her family.”

The Keeping Up With the Kardashians alum has previously opened up about when she chooses to share her relationships with the public.

“I’m very young and right now I feel like relationships aren’t always super-certain and I don’t want to bring too much attention to something if you don’t really know long term [what it’s going to be],” the California native told Vogue in May 2019. “A relationship is only meant to be between two people, and the second you make it the world’s business is when it starts messing with the two people mentally. Like once everyone is let in, you’re letting all these opinions into your relationships, and I don’t think that’s fair.”

The Michigan native, for his part, recently noted that it hasn’t been “hard” for him to be public about his dating life. “Honestly, I’m enjoying life to the fullest, and that came off my tongue so easily because it wasn’t always this way, but I feel like I’m in a good place right now,” he told WSJ. Magazine last month. “I love my family, I love the people around me, and I love the impact that I get to have on this world, the younger generation under me and the kids who look up to me.”

That same month, another insider revealed that the pair are “very much in love” but are not in “any rush” to get married. “Their relationship works very well because they have that work [and] life balance,” the source said to Us, noting that the pair are “very supportive of each other’s careers” while enjoying their “quality time together.”