Välkommen! Queen Silvia takes the First Lady of South Korea on a carriage ride as the Swedish royals welcome the president to Stockholm

The Crown Princess, 41, was equally stylish in an metallic blue textured dress.

President Moon-Jae and the first lady, Kim Jung-sook, met with King Carl XVI Gustaf, Queen Silvia and their children during an official outing in Stockholm. 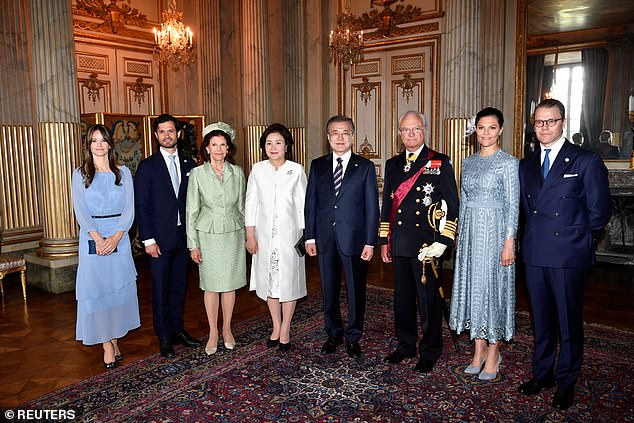 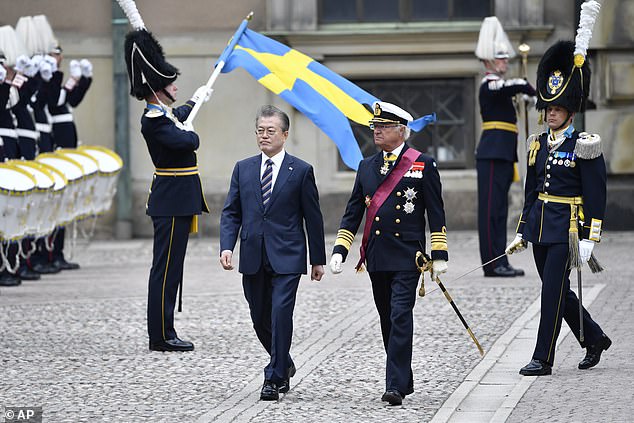 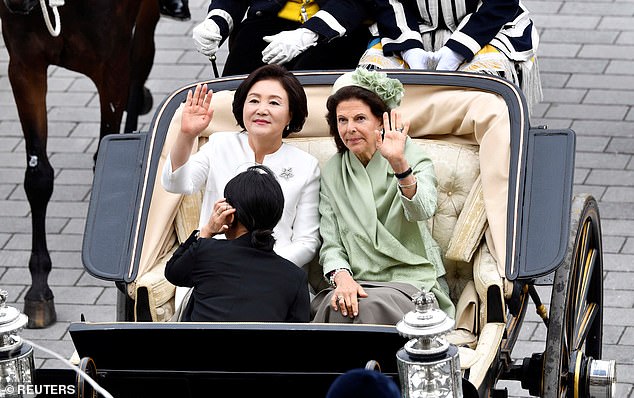 Moon-Jae was accompanied by his wife Kim Jung-sook (left). She shared a carriage with Queen Silvia of Sweden (right)

Everyone looked in good spirit as the Swedish royals welcomed the South Korean’s first couple at the Royal Palace.

Kim Jung-sook opted for a white coat over her white and black dress with floral motifs.

The two women greeted well-wishers, as they took part in a carriage procession outside the royal palace.

This morning marks the start of Mon-Jae’s two-day trip to Sweden at the invitation of Carl VI. 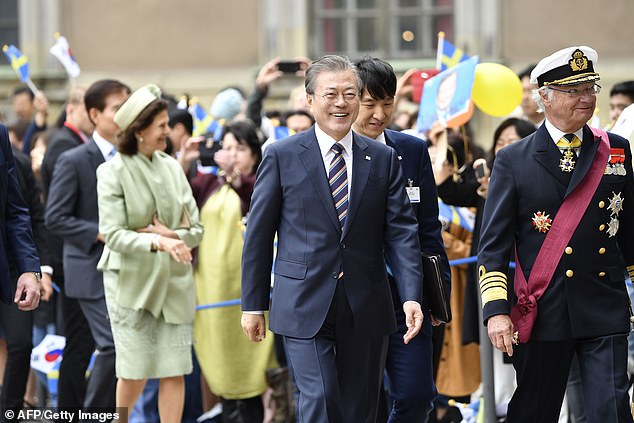 He is accompanied by a delegation of South Korean government ministers and business representatives.

According to local media, the two men will discuss the Moon administration’s vision of an ‘inclusive country’ and a nuclear-free Korean peninsula.

They will also touch on Sweden’s experience as a cradle of cooperative labour-management relations.

The visit celebrates 60 years of diplomacy between South Korea and Sweden.

Moon-Jae is on the last leg of a his nine-day tour of the Nordic Islands. He arrived in Finland on 9 June.

He then visited Norway on 12 June before heading to Sweden today. 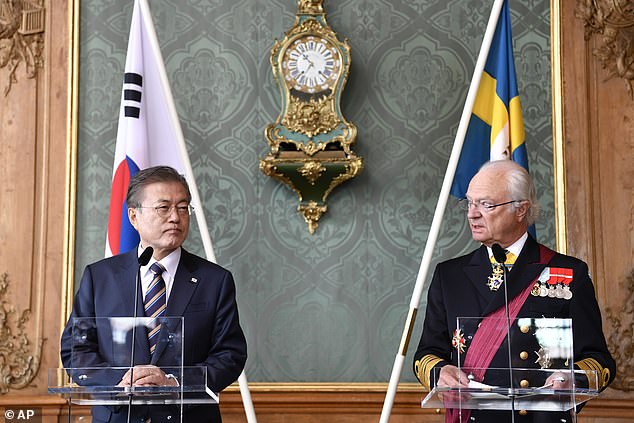 The visit celebrates 60 years of diplomacy between Sweden and South Korea, according to local media. Pictured: Moon-Jae and King Carl VI at the Royal Palace in Stockholm