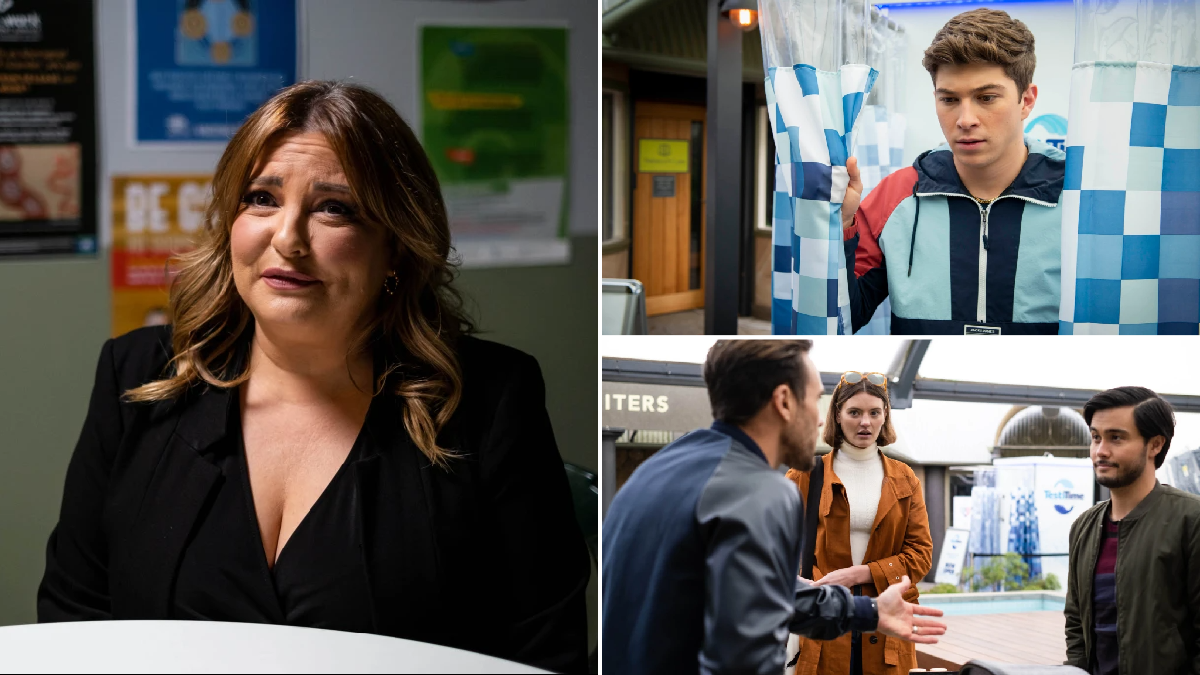 There are some worrying things afoot in Ramsay Street this week. Something fishy is going on around Baby Isla as proud new dads Aaron (Matt Wilson) and David (Takaya Honda) try to show her off in Neighbours, but someone is taking too keen an interest. Hendrix (Benny Turland) is about to get some very bad news, and Terese (Rebekah Elmaloglou) isn’t going to be a happy bunny either once she hears what Paul Robinson (Stefan Dennis) has to say.

Aaron and David are in for quite the time of it when unbeknownst to them, they acquire a stalker. It does become known to them, however, when the stalker strikes – and steals Baby Isla! But who is she and what does she want with the infant?

Melanie (Lucinda Cowden) decides all is not done between her and Toadie (Ryan Moloney). But with Rose’s (Lucy Durack) claws firmly into him, will Mel stand a chance at winning back her man?

Hendrix (Benny Turland) is convinced to undergo a test for testicular cancer, but he isn’t prepared for what he finds out.

And it could be the end of an era for one couple as Terese finally finds out what Paul has been up to.

Here’s what’s ahead in Neighbours.

Mel’s plot to reclaim her man

Bizarrely, despite everything he has done, Melanie wants Toadie back. Toadie might have other ideas on this, however, as he is enjoying being wooed by Rose, who isn’t going down without a fight. Despite Toadie telling Rose he’s not ready to move on, she asks him to be her plus one to the film festival, and he accepts. But all is not lost for Mel when a surprising turn of events inadvertently helps her case. While at the film festival, Toadie is shocked to see Mel’s Ode to Toad light up the screen. The movie touches him in a special way, and now he’s back in dilemma mode – does he pick Rose who won’t take no for an answer, or reignite things with Melanie before it’s too late?

Aaron and David are over the moon – it’s their first ever Father’s Day. They are so proud to have their little girl to show off, and parade her around town for people to see. While they might want the attention, little do they know someone is watching them a little too closely. A woman named Britney…

A Testicular Cancer Testing Booth comes to town and the men of Erinsborough prepare to get themselves tested. Hendrix isn’t too bothered, he’s young and healthy, but Karl convinces him he has nothing to lose. Putting his anxiety about the procedure aside, Hendrix decides to listen to Karl and go for it. But he’s shocked when he’s given the result. Does Hendrix have testicular cancer?

The excitement of the festival distracts Aaron and David, who take their eyes off the baby for a split second to have a romantic moment watching the fireworks. That’s all it takes for their stalker to move in, whipping Isla out of their care. When they realise Isla is no longer in the car, they panic. They call on the police and Levi mounts a search, eventually coming across a lead – a woman named Britney Barnes is involved. Levi manages to track her down to the Community Centre where he begs her to hand back the baby. She is having none of it, and that’s because she has a huge revelation for Levi.

David and Aaron left with nothing

Aaron and David are heartbroken to learn Isla isn’t theirs and Nicolette pours more salt in the wounds when she says she isn’t sticking by their original parenting agreement. This is devastating enough, but what will happen to them when Aaron learns what David’s been up to?

Is this the end of the line for Neighbours’ power couple? A slip up from Paul might just be the straw that breaks the camel’s back. He makes a blunder when accidentally reveals to Aaron that David had a hand in Jesse’s disappearance, and naturally Aaron is absolutely livid. It gets back to Terese about what Paul did, and she is disgusted with her other half’s ruthlessness. But the axe falls when Terese learns Paul ran Jesse out of town for getting so close to the truth. She has had enough…