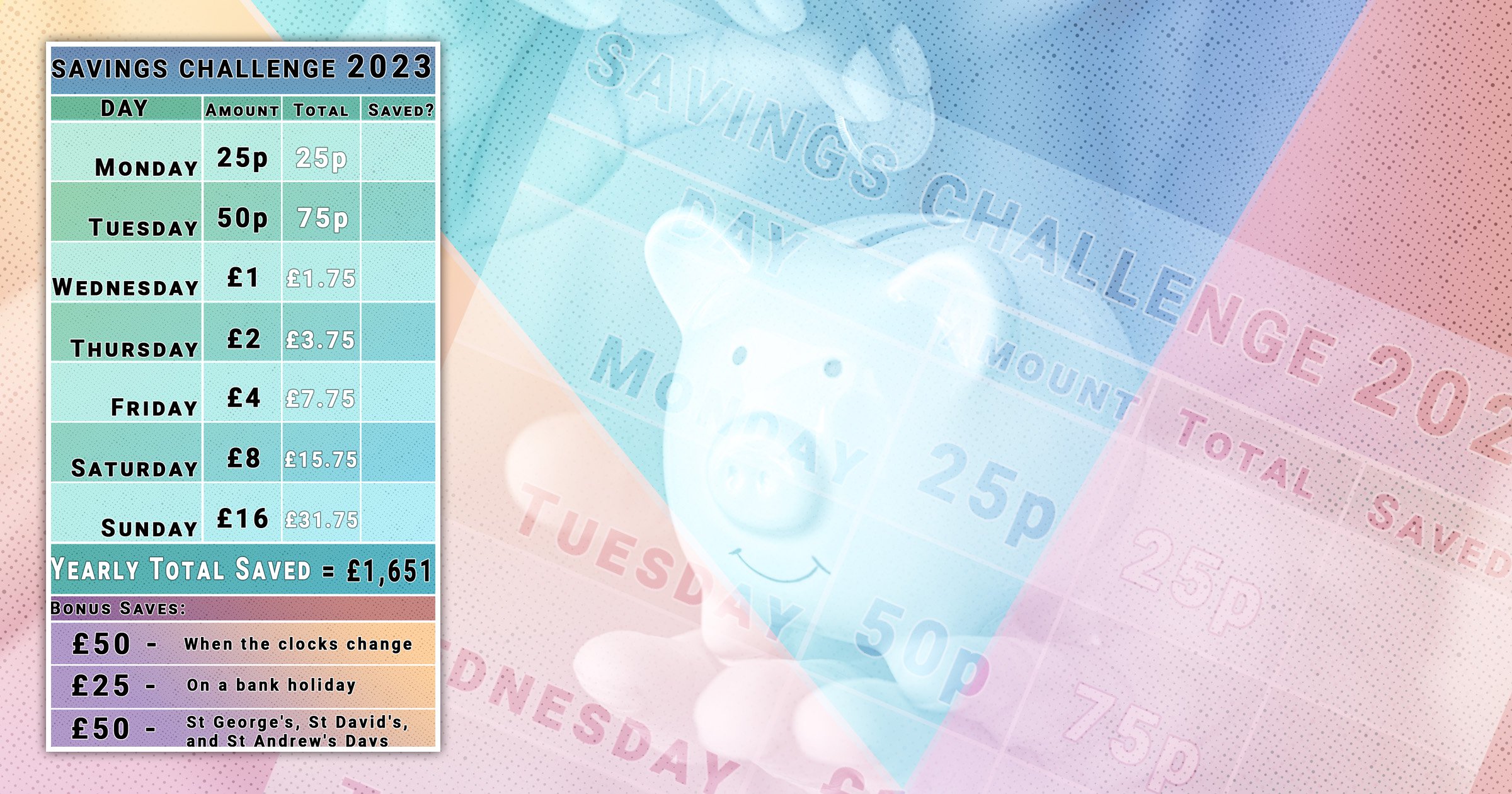 Money can be tight in January, with the spending of Christmas and New Year celebrations coming back to bite us once the fun stops.

That’s probably why so many of us make money-orientated resolutions, with finder.com revealing that 27% of Brits are planning to get their finances in order in the coming year.

The only problem with resolutions is that they can be overly ambitious. Then, when life gets in the way and we hit a setback, we give up entirely.

To combat this, it’s best to be realistic about big goals and turn them into defined, smaller goals so they’re more manageable. For example, rather than vowing to ‘eat healthier’ you might decide to eat a piece of fruit every day.

When it comes to money, rather than ‘saving’ – which is ambiguous – make your resolution specific and work out how you can make putting away cash part of your daily routine.

If it all seems insurmountable, we’ve come up with a simple savings challenge that’ll put you on the right track – and could see you with upwards of £1,620 in your bank account come Christmas 2023.

The concept is simple, starting with just 25p at the beginning of each week.

On a Monday, either put 25p in a jar or transfer it to a separate account if you rarely use cash. On a Tuesday, that amount doubles to 50p, then again on Wednesday so you save £1.

The doubling continues throughout the week, so by Sunday you’re putting £16 into your savings pot before starting all over again the next day.

Print off our handy image and pop a tally mark in the box whenever you make a save. When you see these start to stack up, you’ll feel accomplished with your progress and galvanised to keep up the habit.

If it’s in your budget, you can also add some bonus saves into the mix. We’ve suggested some you can try, though of course you can tailor amounts and regularity according to your lifestyle and finances.

The cost of living crisis means many people are dealing with a steep drop in disposable income. While saving is important, it’s important not to beat yourself up if your money needs to go towards essentials rather than extras.