Taylor Swift delivered the best moment at the 2021 Grammy Awards, when she took the stage and performed two songs!

Taylor Swift, 31, knocked it out of the park when she took the stage at the 2021 Grammy Awards on March 14 and performed two songs with Aaron Dessner and Jack Antonoff, both of whom collaborated with her on her most recent albums, Folklore and Evermore.

Taylor started her electrifying performance with “Cardigan” while laying in the grass in the middle of an enchanted forest. But after getting up, dancing, and then joining Aaron and Jack inside a house — yes, Taylor commissioned an entire house for a 5-minute performance because she’s that cool — she moved onto singing “Willow”, which is another one of her epic songs from Folklore. It was so good and so Taylor. 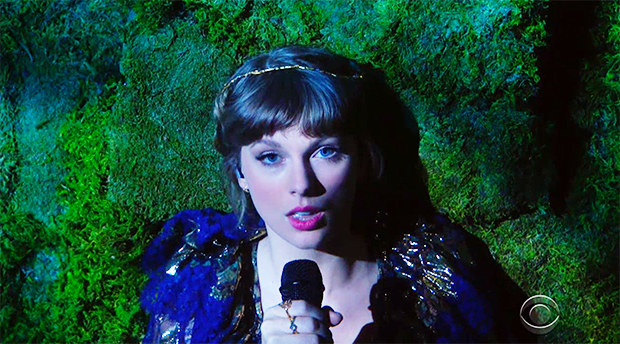 Taylor teased her epic performance just a few days before the show, when she appeared on the March 11 episode of CBS News. While she wouldn’t divulge which song she was singing at the time, she did say, “One thing I can tell you about my Grammy performance that isn’t highly confidential is that my performance includes my collaborators Aaron Dessner and Jack Antonoff. Which is really exciting, because this has been an adventure that the three of us have gone on since the very beginning of quarantine and lockdown.” 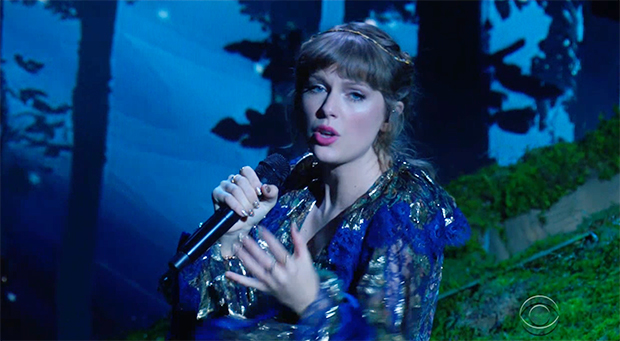 Taylor went into the show nominated for six different awards for her work on Folklore, including Album of the Year for Folklore and Song of the Year for “Cardigan.” Evermore, which was released in December, will be eligible for next year’s awards. Before this year’s show started, Taylor already had 10 Grammy Awards under her belt from previous ceremonies.