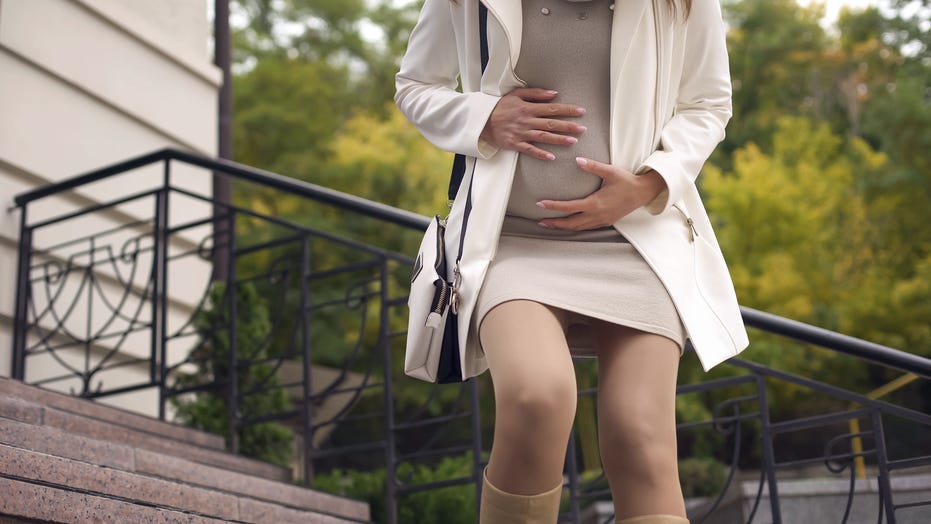 That’s one way to start off the new school year.

A teacher in Colorado reportedly gave birth on the sidewalk outside of her school after mistaking labor pains for false contractions. Fortunately, the school’s principal and dean were on hand to help out.

Lindsay Agbalokwu was due to give birth on September 17, Yahoo Lifestyle reports. When she woke up on Tuesday morning, however, she was reportedly experiencing cramps, but she wrote them off as Braxton Hicks (also known as false contractions that don’t indicate labor).

Agbalokwu teaches sixth-grade at DSST: Conservatory Green in Denver, Colo. She went to work as usual that day, but the day did not go as planned.

“In the classroom, the pain went from 0 to 100,” Agbalokwu told Yahoo Lifestyle. After asking a co-teacher to cover her room for her, Agbalokwu had the principal and dean alerted to her situation. They reportedly walked her outside and debated calling an ambulance.

At the point, Agbalokwu reportedly observed, “We should call 911, I think the baby is coming.”

One of her coworkers supplied her with a sleeping bag to lay on while the 911 dispatcher coached the principal through helping Abgalokwu through the birth.

“I was in so much pain, I didn’t care that these people are my bosses, they are both parents,” Agbalokwu told Yahoo Lifestyle. “They were my support people.”

Fortunately, a fire truck quickly arrived and the emergency workers took over.

According to Yahoo Lifestyle, the baby was born immediately before they could be transported to the hospital. Agbalokwu gave birth to a baby girl named Zara and they’re both reportedly safely at home with the rest of their family.