Once upon a time, “must-see TV” was a label reserved only for the truly great dramas – The Sopranos, The Wire or Game of Thrones. But lately, a new type of show has us racing for the remote, COVID: Press Conference.

Led by NSW, with Victoria in a supporting role, the worsening Delta outbreak around the country has turned the daily case update into legitimate must-see TV. Desperate not to miss a minute, viewers tune in well before the show begins, crowding around the TV to watch bored-looking staffers stroll past blank media walls. 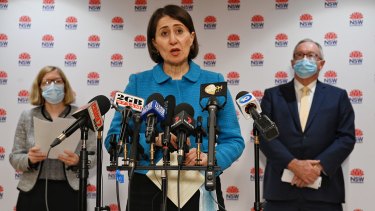 In Sydney, as we inch closer to 11am, text message threads and WhatsApp groups begin to light up:

“Yep. What do you think will happen today?”

Now it goes without saying that the press conferences deal with the incredibly serious and sad realities of COVID. Rising case numbers and death tolls make for difficult viewing. But it’s also worth noting that since the pandemic began, they have become an important part of our TV landscape, and the individuals involved are now characters in our daily lives. We tune in en masse to dissect, debate, Tweet and vent, in much the same way we do for our favourite shows.

So with that in mind – and tongue pressed firmly in cheek – let us dissect this year’s most watchable TV show, COVID: Press Conference, a prestige drama boasting an all-star cast.

TV dramas hinge on their casting, and COVID: Press Conference has managed to get the mix just right. While the first series focused on the developing storyline between NSW Premier Gladys Berejiklian and her Victorian counterpart, Dan Andrews, this season’s breakout star has been NSW Chief Health Officer Dr Kerry Chant.

All the best dramas understand that reinvention is key to success and the decision to make Dr Chant the reluctant hero of the show was a masterstroke. 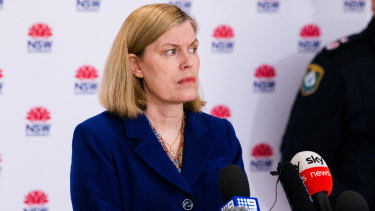 Less convincing is the increased air time for NSW Health Minister Brad Hazzard, and some viewers have notably struggled to connect with his arc, according to their social media reactions.

Just when you thought Game of Thrones had burned the rule book with the Red Wedding episode, COVID: Press Conference introduced the Delta strain for season two.

Delta has been a plot device that few could’ve predicted, representing a significantly darker tone for the show. No doubt there were a few worried faces in the writer’s room when the idea of sending “gold standard NSW” into a statewide lockdown was floated. Could this be COVID: Press Conference jumping the shark?

Ultimately, the move paid off: the Delta storyline fed seamlessly into this season’s Pfizer vs AstraZeneca conflict. Just the shot in the arm the show needed.

COVID: Press Conference has always understood the power of using guest stars to raise the stakes.

Victoria’s Chief Health Officer Brett Sutton was the scene-stealer in season one, his brief cameos triggering a legion of fans. Whenever he popped up in an episode, #SexySutton would trend on Twitter – the true benchmark of event TV. There’s even a Brett Sutton is HOT Facebook page. 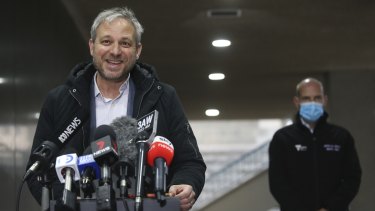 The Victorian Chief Health Officer Brett Sutton gave a COVID-19 update at a press conference near Treasury in Melbourne.Credit:Paul Jeffers

This time around, we’ve seen ABC reporter Paul Farrell shine in his brief-but-brilliant “stand back” cameo.

“Andrew, Andrew, Andrew, I know, but you don’t run the press conference, OK?” remains some of the finest dialogue you’ll witness on the small screen.

From Sex and the City to Downton Abbey, great shows have always featured great clothes.

It seems the success of COVID: Press Conference has led to a more extensive wardrobe budget for season two. Dan Andrews’ North Face jacket is no longer the focus. Instead, viewers have been treated to a range of looks from Gladys Berejiklian. 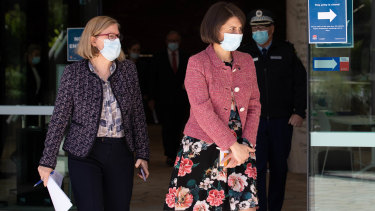 In the same way Carrie Bradshaw’s tutu inspired a generation of SATC viewers, Gladys’ increasingly experimental outfits and accessories have seen her become a fashion icon, with viewers taking to social media to predict what colour she’ll be wearing each day.

Having played a starring role in season one, former deputy chief medical officer Dr Nick Coatsworth is the hot tip to get his own series à la Frasier from Cheers.

Producers have tested the waters on Dr Coatsworth, casting him in the national vaccine campaign advertisement to see how audiences respond.

Will there be another season of COVID: Press Conference?

God, we hope not.