According to Nintendo, the official Legend of Zelda Timeline splits in three after the final battle in Ocarina of Time. If Link fails to defeat Ganondorf, the Downfall Timeline takes place, leading to games like A Link to the Past and the Oracle games. The Child Timeline follows Link after Princess Zelda sent him back in time. The Adult Timeline follows the decimated Hyrule in the dark future of Ocarina of Time. Here’s a look at The Legend of Zelda Adult Timeline from Wind Waker to Spirit Tracks, simplified. 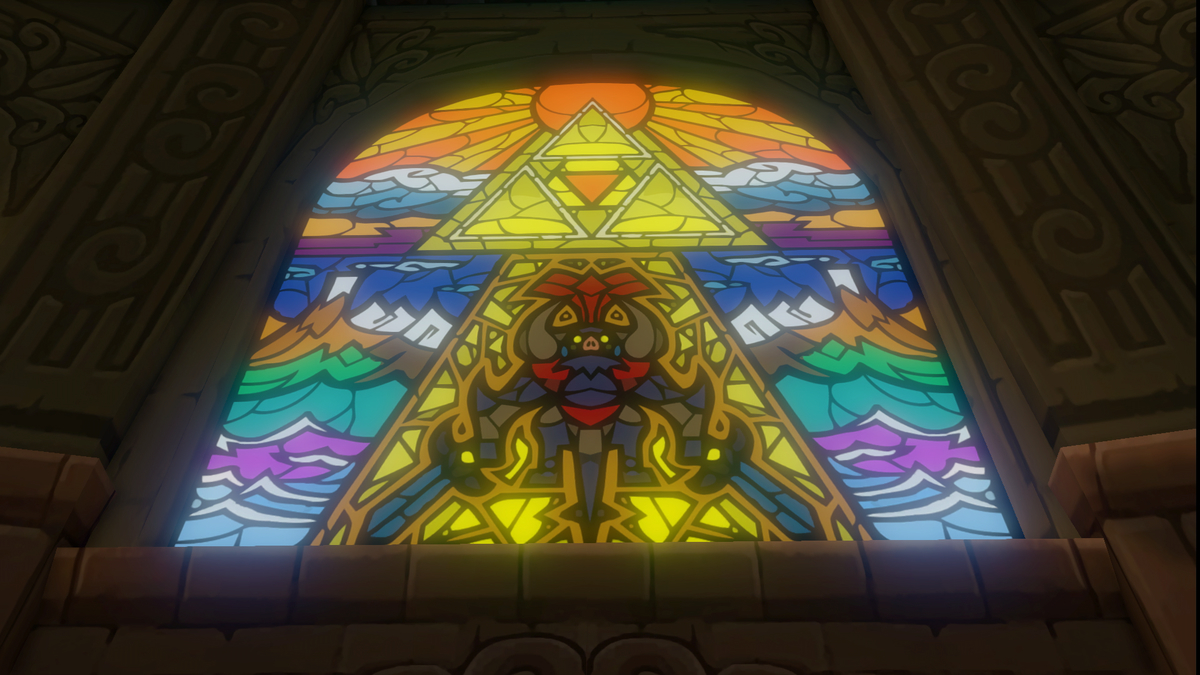 Princess Zelda thought she made the right choice in sending Link back in time after defeating Ganondorf in the future in Ocarina of Time. However, without a hero, Hyrule was destined for disaster in The Legend of Zelda Adult Timeline.

When Ganondorf inevitably returned, Hyrule did not have a legendary hero to face him. Ganondorf ravaged the kingdom unopposed. The three Golden Goddesses Din, Farore, and Nayru had no choice but to submerge Hyrule. They sealed Hyrule and Ganondorf beneath a Great Sea.

The survivors built new lives on the highest mountaintops and peaks in Hyrule, forming island communities like Outset Island and Windfall Island. However, Ganondorf would not surrender so easily. He surfaced and planned to reclaim Hyrule in The Legend of Zelda Adult Timeline.

He began a hunt for Princess Zelda but unintentionally kidnapped a young girl named Aryll. Her brother Link set out on an adventure with a band of pirates and their captain Tetra to rescue her. However, the last King of Hyrule revealed Tetra as the lost Princess Zelda. Together, Link and Tetra fought Ganondorf.

He was washed away along with the old kingdom of Hyrule forever. It fell to Link and Tetra to discover land to establish a New Hyrule.

Link and Tetra explored the Great Sea, but became lost in ‘Phantom Hourglass’

The next era of The Legend of Zelda Adult Timeline dealt with Link, Tetra, and her pirates sailing for distant lands to establish New Hyrule. However, in Phantom Hourglass, Link and the captain found themselves whisked away into the World of the Ocean King.

Link teamed up with the greedy captain Linebeck to rescue Tetra from a monstrous creature called Bellum. They returned to their world and continued searching.

And then they found a new continent.

They established New Hyrule, and Hylians began forming settlements with the natives, like the northern dwelling Anouki Tribe and Gorons. About a hundred years later, Princess Zelda V was born toward the end of the Zelda Adult Timeline.

However, while Link and Tetra’s descendants did not have to deal with Ganondorf, New Hyrule’s history involved its own Demon King.

Long before Link and Tetra landed on the continent, the Demon King Malladus attacked. The protectors of the land, the Spirits of Good, fought a bloody war against Malladus but ultimately sealed him away.

However, in The Legend of Zelda: Spirit Tracks, the scheming Chancellor Cole planned to release this evil. Cole separates Zelda’s spirit from her body and allows Malladus to take it over.

Chancellor Cole’s ambitions eventually result in his defeat. Once Link and Princess Zelda V reclaim her body, Malladus takes Cole for himself.

Link uses the legendary Lokomo Sword to defeat both. Spirit Tracks ends The Legend of Zelda Adult Timeline on a positive but uncertain note.

Of all three timelines in the Nintendo series, the Adult Timeline might have the most exciting possibilities in the future, having New Hyrule as a setting.