After 17 years and two children, I’ve realised the missing ingredient in my marriage is oodles of canoodles

On Saturday night I went out to a 50th birthday party with my husband Adrian. Well, I say we went together — but once there, we hardly spoke to each other.

All his old mates from school were there and he spent the night laughing, drinking at the bar and generally having a great time while occasionally seeking me out to hand over a vodka, lime and soda.

I was perfectly happy catching up with the wives and girlfriends, chatting to the host, George, and throwing a few shapes on the dance floor. At the end of the night, both a bit tipsy, we got a taxi home and shared stories of our very separate evenings. 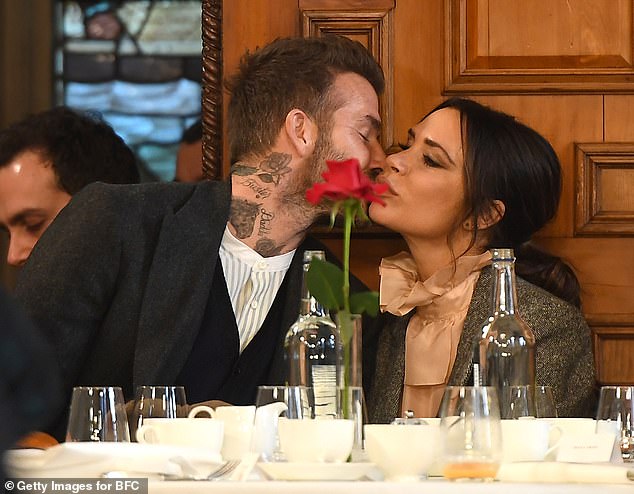 Kath Brown, 55, who has been married for 17 years, explores the importance of showing affection in marriage after becoming fascinated with the Beckhams (pictured in 2019)

So far so normal, right? Does this sound like a typical night out with your partner, or are you thinking our lack of togetherness is a little bit sad?

Adrian and I have been together for 23 years, married for 17. Our days of showing affection in public have frankly been over for a very long time. We know each other so well, there’s not much point talking endlessly to each other when we’re out socialising and can enjoy other people’s company. But whenever I see the Beckhams out in public, I’m fascinated by their uninhibited canoodling.

It looks like they’re genuinely having fun together. There have long been suspicions about the authenticity of the Beckhams’ relationship — they’ve even been accused of faking it to protect their family brand. But latest developments suggest otherwise.

They celebrated their 20th wedding anniversary the week before they went to Glastonbury with a romantic trip to Paris and a private tour of Versailles, and — more significantly, in my view — really threw themselves into having fun at the festival. The image-conscious couple were apparently snogging like teenagers and Victoria gave David’s bottom a cheeky squeeze.

Adrian and I are ten years older than the Beckhams (we’re both 55) but that’s not really the excuse for our reluctance to show public displays of affection. We’ve just got out of the habit. 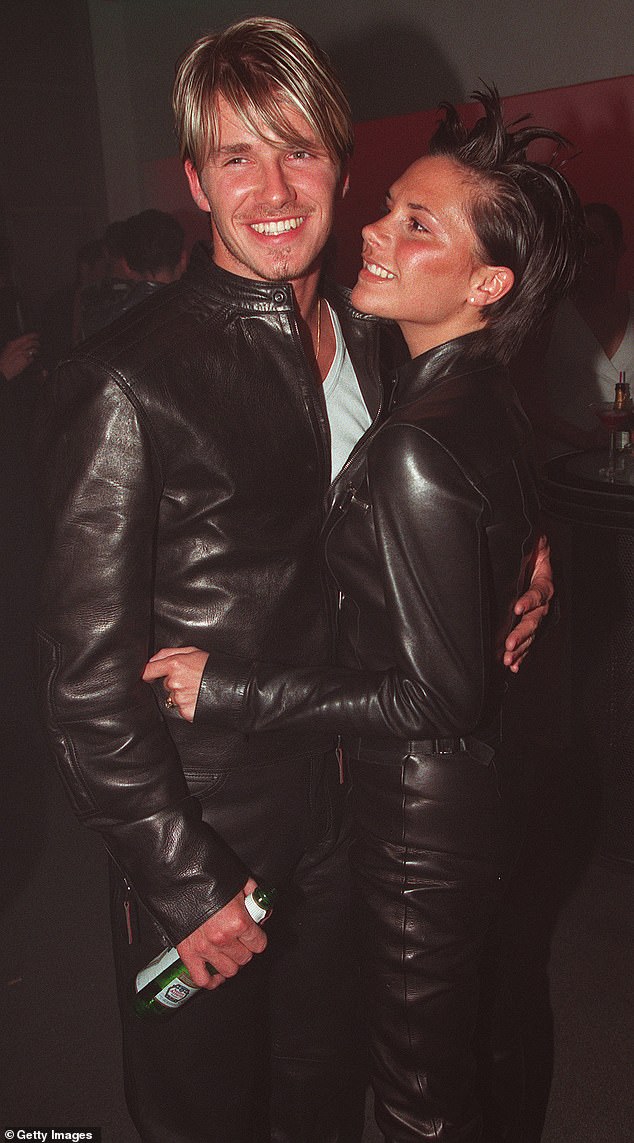 Kath revealed she wants to recapture romance in her marriage, after not showing affection in public to each other for a long time. Pictured: Beckhams in 1999

When we first got together, of course we kissed and cuddled all the time like all couples in the early throes of love. While I confess I did feel a bit grossed out when I saw an elderly couple kissing at Charing Cross Station recently, I wouldn’t mind recapturing a little bit of romantic frisson.

With this in mind I spoke to Harry Benson, research director for the Marriage Foundation, to find out if he thought our relationship could do with an injection of conspicuous affection.

How spouses show friendship, interest, kindness and forgiveness is a matter for them,’ he reassured me. ‘Grand gestures aren’t terribly important but the little day-to-day signs of a couple who treat each other with kindness are what count.’

I would say Adrian and I are doing pretty well if you judge our relationship by Harry’s assessment. Adrian brings me a coffee in bed every morning, no matter how early I have to get up. We are good at listening to each other’s opinions and woes, and we’re always united when it comes to the upbringing of our children. I would say we’re a strong couple — but I’m not sure anyone watching from the outside would realise that. 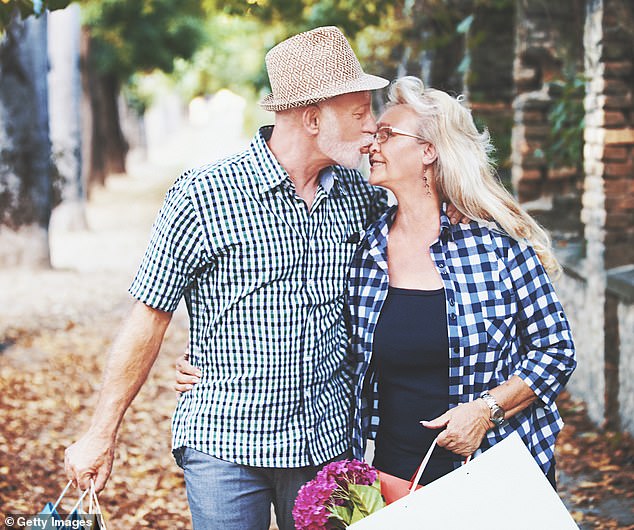 Kath unexpectedly gave her husband Adrian, 55, a proper kiss as an experiment and says she may even try pinching his bottom (file image)

Before family we used to do a lot of canoodling on the sofa while watching TV. Somehow we don’t seem to fit on it quite so comfortably as we did in our early 30s — so Adrian is usually banished to the other, less comfy one.

Inspired by a close friend who has rediscovered canoodling with her husband since their teenagers left home — ‘We decided to become a couple again to cope with empty nest syndrome,’ she explained and they do look wonderfully happy on various Instagram postings of European breaks and concert trips — I decided to conduct my own experiment when I arrived home last night.

Instead of the usual casual ‘hi’ to Adrian in the kitchen, I went over and gave him a proper kiss.

‘Are you feeling all right?’ was his predictable response. But he did kiss me back … and it did feel quite nice. So thanks, Beckhams, for that lesson in married life. You never know, I might even pinch Adrian’s bum the next time we’re at a party.