There is no grace for Black women at the 2021 Olympics.

On Thursday, the U.S. Anti-Doping Agency announced that 21-year-old Sha’Carri Richardson will be placed on a 30-day suspension after she tested positive for THC, the psychoactive compound in marijuana. This disqualifies her from competing in the 100-meter race, in which she conquered her opponents, became the fastest woman in America and earned her instant stardom.

Richardson apologized Friday on the “Today” show and revealed that in an interview during the U.S. Olympic trials in Oregon, a state where recreational weed is legal, a reporter informed her that her biological mother had died. She said to hear the news come from “a complete stranger was triggering.” That, in addition to the pressure to perform, led her to ingest weed.

“I still have to go out and put out a performance for my dream, go out there and still compete,” she said on “Today.” “From there, just blinded by emotions, just blinded by hurting. I knew I couldn’t hide myself. In some type of way, I was just trying to hide my pain.”

Richardson will undergo a treatment program, and her trial results in the 100-meter race will be disqualified. Her suspension ends on July 28, two days before the Summer Olympics track and field meet begins. If the track officials choose, she could still be able to participate in the 4×100-meter relay.

If that weren’t enough, Christine Mboma and Beatrice Masilingi of Namibia were withdrawn Friday from the 400-meter race as the World Athletics governing body deemed them ineligible for the women’s competition for having a “natural high testosterone level,” according to the Namibia Olympic Committee.

In a statement, the committee said that neither Mboma nor Masilingi, both 18, their families or coaches were aware prior to them taking medical tests for athletes with differences of sexual development. World Athletics implemented the rule at the 2019 Olympic Games in Rio. That year it affected Caster Semenya of South Africa, Francine Niyonsaba of Burundi, Margaret Wambui of Kenya and Aminatou Seyni of Niger.

Though they are barred from competing in the 400m race, they will be able to compete in the 100m and 200m races.

Folks may chalk the penalties Richardson, Mboma, Masilingi and other Black women are facing at this year’s Olympics up to not abiding by the rules, but this is deeper than that. For starters, sporting rules are almost never created with Black women’s unique experiences or advancement in mind. The rule that judges these women based on their testosterone levels came after Semenya’s 2009 performance, when she ran so fast she was misgendered and suspected of cheating. The International Association of Athletics Federations, now known as World Athletics, performed an intensive investigation that included “sex verification tests.” Though she was able to compete and won the 800m gold medal that year, Semenya’s battle has now become Mboma’s and Masilingi’s battle as they are blocked from competing in the 400m by this rule. 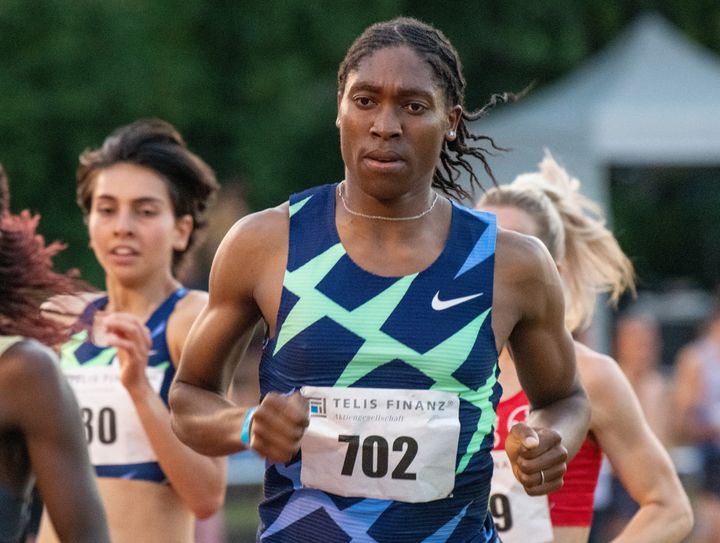 It seems that whenever there is a push for adjustments aimed at catering to the needs of Black female athletes, institutions deem them unnecessary or unlawful. On Wednesday, for instance, FINA, the federation for international competitions in water sports, denied an application for the use of Soul Cap, a swimming cap designed for swimmers with natural Black hair.

The organization said that the Soul Cap doesn’t fit “the natural form of the head.” Though standard caps neither fit natural Black hair nor prevent it from getting wet, the ISF said, “The athletes competing at the International events never used, neither require to use, caps of such size and configuration.”

Alice Dearing, who will be the first Black female swimmer in history to represent Britain at the Tokyo Olympics, has partnered with Soul Cap in the past yet will not be able to wear the cap at the Games.

It’s unfair that a young Black woman mourning her mother is penalized for using weed, a plant that is the basis of a multimillion-dollar industry and that is legal for recreational use in 18 states and for medicinal use in 36 states. It’s utterly unjust that two teens with naturally high testosterone levels can be barred from competing in certain events. And it’s dehumanizing that Black swimmers can’t race in caps that actually fit over their hair because a white-run organization said their head isn’t “the natural form.”

Shortly after Richardson began receiving backlash for her weed use, she tweeted “I am human,” a fact that consistently gets erased when it comes to the treatment of Black women in sports, even beyond the Olympics. Just ask Serena Williams or Naomi Osaka.

Apparently, grace is nonexistent when it comes to Black women in sports. Yet they are expected to, and oftentimes do, handle adversity with grace.