Harry Potter fans will be able follow in the footsteps of their favourite characters and learn about folklore and magic in a series of new "non-fiction" e-books, due to be released from June.

Harry Potter: A Journey Through… will feature "four bitesize reads", each themed on a Hogwarts lesson, including Charms and Defence Against the Dark Arts, and Potions and Herbology. 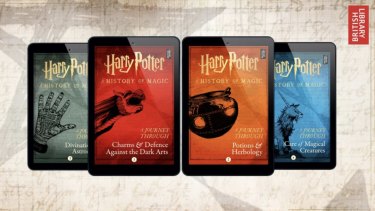 The announcement has been met with mixed reactions by fans, some of whom are disappointed the books are not a "continuation of the magical series I grew up with". Others are thrilled their favourite magical world continues.

The series will initially launch in English, French, Italian, and German, and are available to pre-order at Amazon UK and Amazon US, Apple and Kobo.