Conrad and Trevor investigate a new patient who caused a traffic collision in this EXCLUSIVE preview of ‘The Resident.’ The patient seems fine until he collapses in front of Conrad and Trevor.

Conrad and Trevor are treating a female patient who was injured in a car crash, and she’s looking over at another patient. She says she’s fine but the man she’s looking at is not. “I watched him turn his bike and drive right into traffic,” the woman says in this EXCLUSIVE preview of the November 30 episode of The Resident. “He caused all of this. There’s something definitely wrong with him.”

Conrad brings Trevor over to this male patient. Kit has checked him out already, and he only has a fractured rib. “I really don’t know what happened,” the man says. “I feel terrible.” 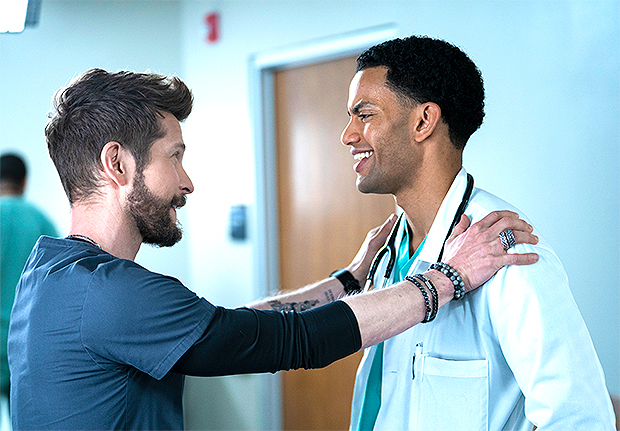 Conrad mentions that this man could have been killed. “Getting lucky is kind of my thing,” the man says. “I was on a charter boat once, it sunk. Everyone drowned except me. I won the lottery twice. “

Conrad says this guy has the “odds of the gods.” The man goes on to say that he’s always felt “protected in an otherworldly way.” He also notes that he was diagnosed with “sarcoid,” but it’s never been a problem for him.

Trevor asks what medications he’s on, but the man says he doesn’t like to take any medication that he thinks he doesn’t “need.” Suddenly, the man passes out right in front of Conrad and Trevor. 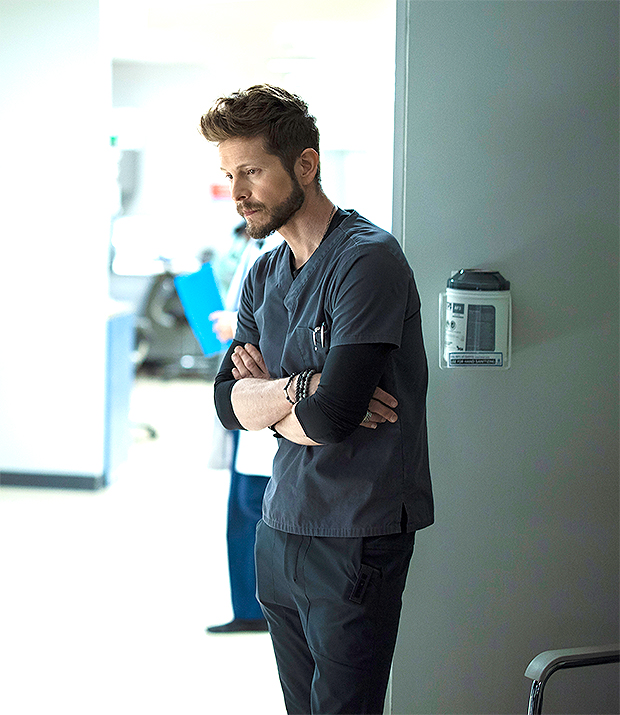 The synopsis for the November 30 episode reads, “Conrad takes Trevor under his wing to care for a patient whose good luck seems to have run out. Leela struggles when given the decision to take full responsibility of her indecisive patient’s life and The Raptor continues to try to figure out a care plan for his mother. Meanwhile, both Devon and Kit are stretched far too thin trying to balance everything on their plates.” The Resident season 5 airs Tuesdays at 8 p.m. on FOX.