The ‘Ted Lasso’ of the Lionesses: The US coach behind Lucy Bronze, Alessia Russo and Sarina Wiegman who encouraged ‘alpha female’ competition between his players

As the Lionesses take on Germany in the Euro 2022 final, they can count on the support of an England-loving US coach who taught them how to be ‘alpha females’.

Dorrance, 71, who coaches the Tar Heels, told The Times that three out of four of the sensational goals scored by the Lionesses in their semi-final against Sweden ‘had Tar Heels written all over them’.

Describing the Lionesses he had coached in the past, Dorrance said they were ‘wonderful human beings’. 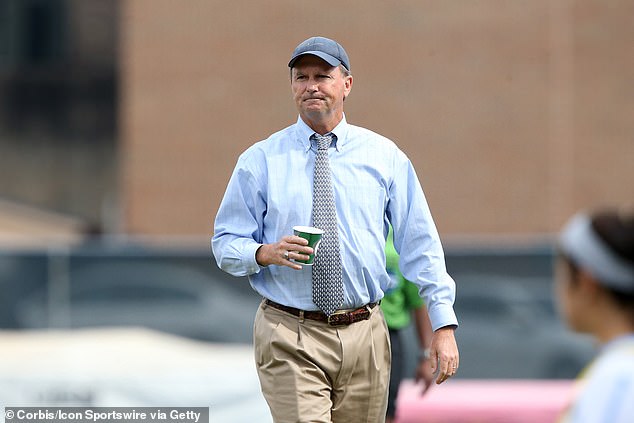 Anson Dorrance, 71, head coach of the University of North Carolina Tar Heels, coached several of the Lionesses throughout his career 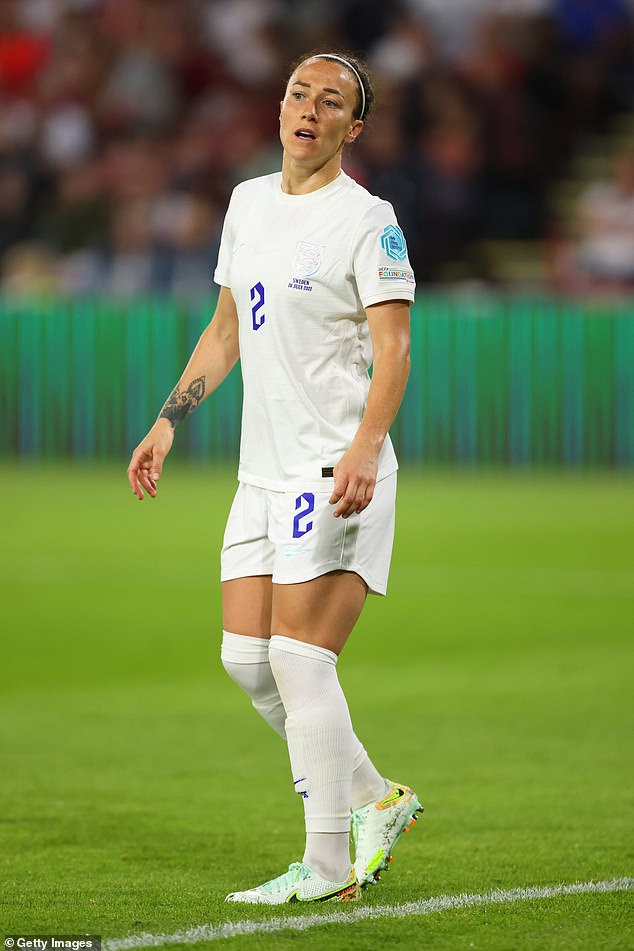 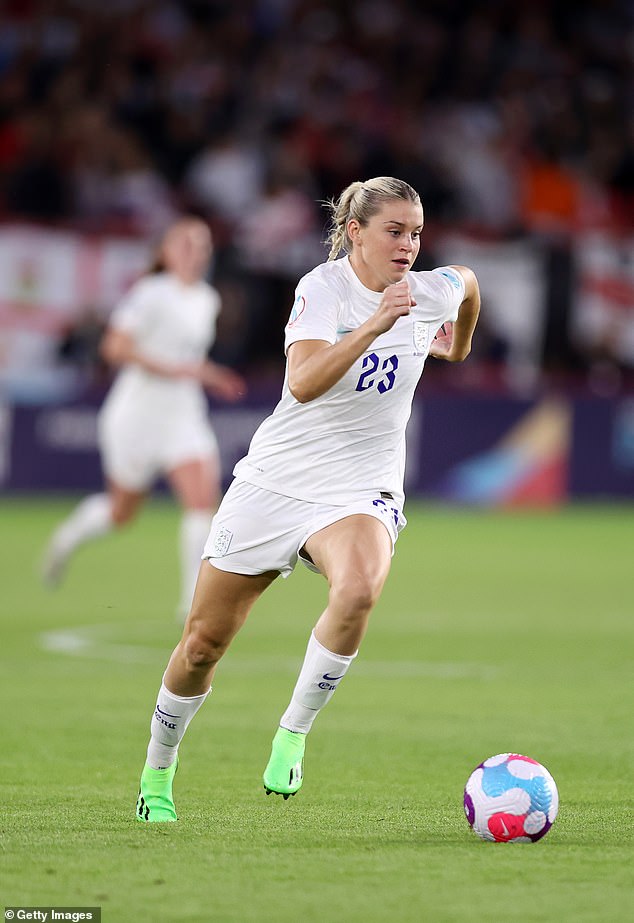 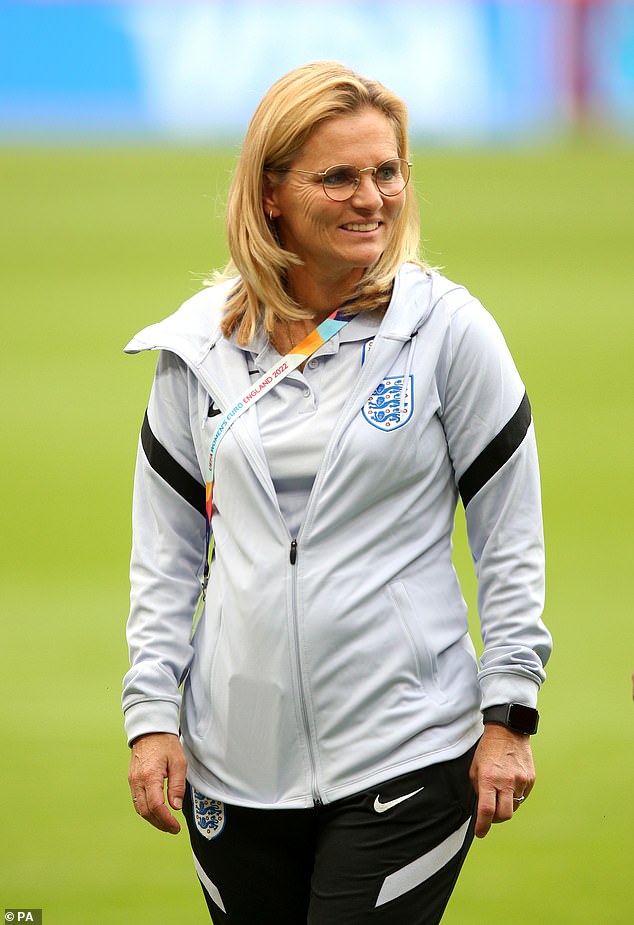 During his time coaching at the University of North Carolina, Dorrance mentored and trained more players who went on to play at a national level than any other coach.

He also led the Tar Heels to more national championship wins than any other team.

While coaching at the university in the small community of Chapel Hill, Dorrance became known for encouraging competitiveness among female players – and argued there was no reason why they shouldn’t be as fiery as the male footballers.

He said: ‘When I started coaching women for the first time, I was really upset with this bizarre dichotomy that when a young boy has competitive fire, he’s put on a pedestal, but when a woman is competitive, all of a sudden she’s excoriated, called the B-word like there’s something wrong with her.’

He added his approach was to encourage the ‘alpha female’ side of players, in a cut-throat culture. 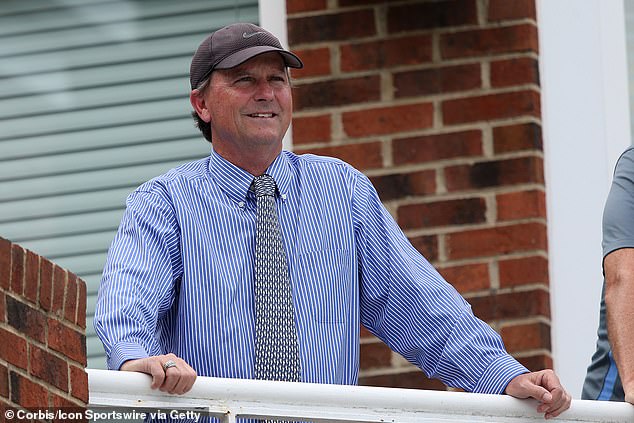 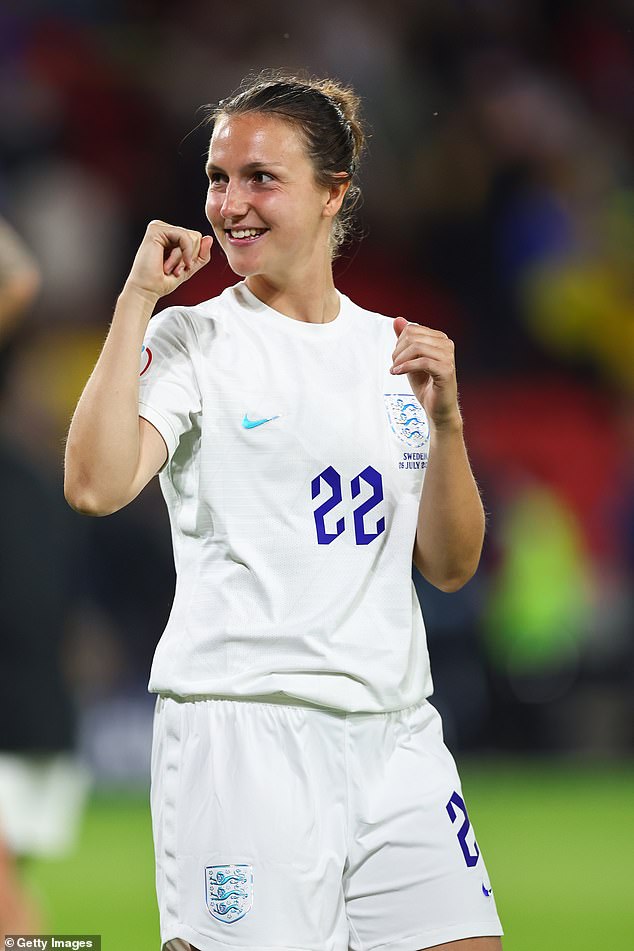 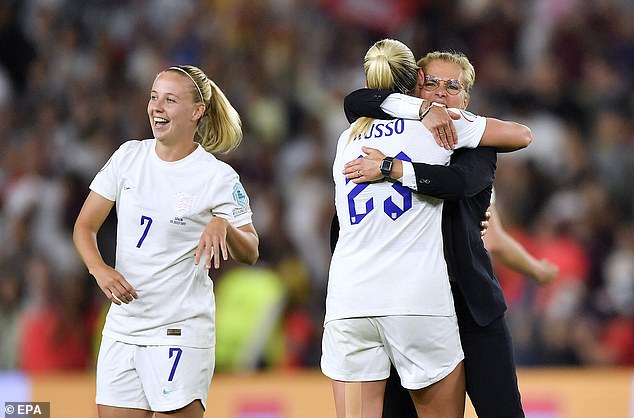 Russo and Wiegman, two of Dorrance’s prodigies, were pictured hugging after England’s victory over Spain in the quarter final

‘We tell these kids: if you’re an alpha female, your home is with the Tar Heels in Chapel Hill,’ he said.

Dorrance’s reputation has seen him compared to Ted Lasso, the title character in the popular comedy about an American football coach who is put in charge of an English football team.

His influence on the Lionesses began in 1988 when he scouted Sarina Wiegman to play for the University of North Carolina after watching her playing for a Dutch team at a tournament in China.

Recalling watching a young Wiegman, Dorrance said: ‘Boy, did she play with some talent.’

Star defender Lucy Bronze, 30, first began training with Dorrance at the University of North Carolina’s summer camps when she was 12 years old. In 2009, she joined the college as a full-time student.

Speaking to Dorrance in the Vision of a Champion podcast in 2020, Bronze told her old coach that she felt at home in his team after he encouraged her to embrace her competitive side and that his coaching was a ‘turning point’ for her.

Describing the fighting spirit he instilled in the defender, Dorrance said he trained her in an environment where ‘every day is a war’ and you should be ‘beating your teammates to death to get better’.

He also claimed that Bronze’s English coaches told the player she shouldn’t be so competitive with her teammates, because it might lead them to quit.

In 2017, Dorrance signed Alessia Russo, 23, and Lotte Wubben-Moy, 23, after receiving recommendations of their talent.

But when he sent his associate head coach Damon Nahas to watch Russo play, he was disheartened to learn she hadn’t performed as they had hoped.

However, the confusion over Russo’s talent was soon cleared up when Nahas realised he had been watching the wrong player after a shirt mix-up – and Russo was actually an extremely talented player.

It is perhaps no surprise that Dorrance is the man supporting so many English players – as a self-titled Anglophile.

He is said to believe Winston Churchill was the greatest leader of the 20th century and celebrates ‘everything English’.

Speaking about the Lionesses he has personally coached, Dorrance was full of praise.