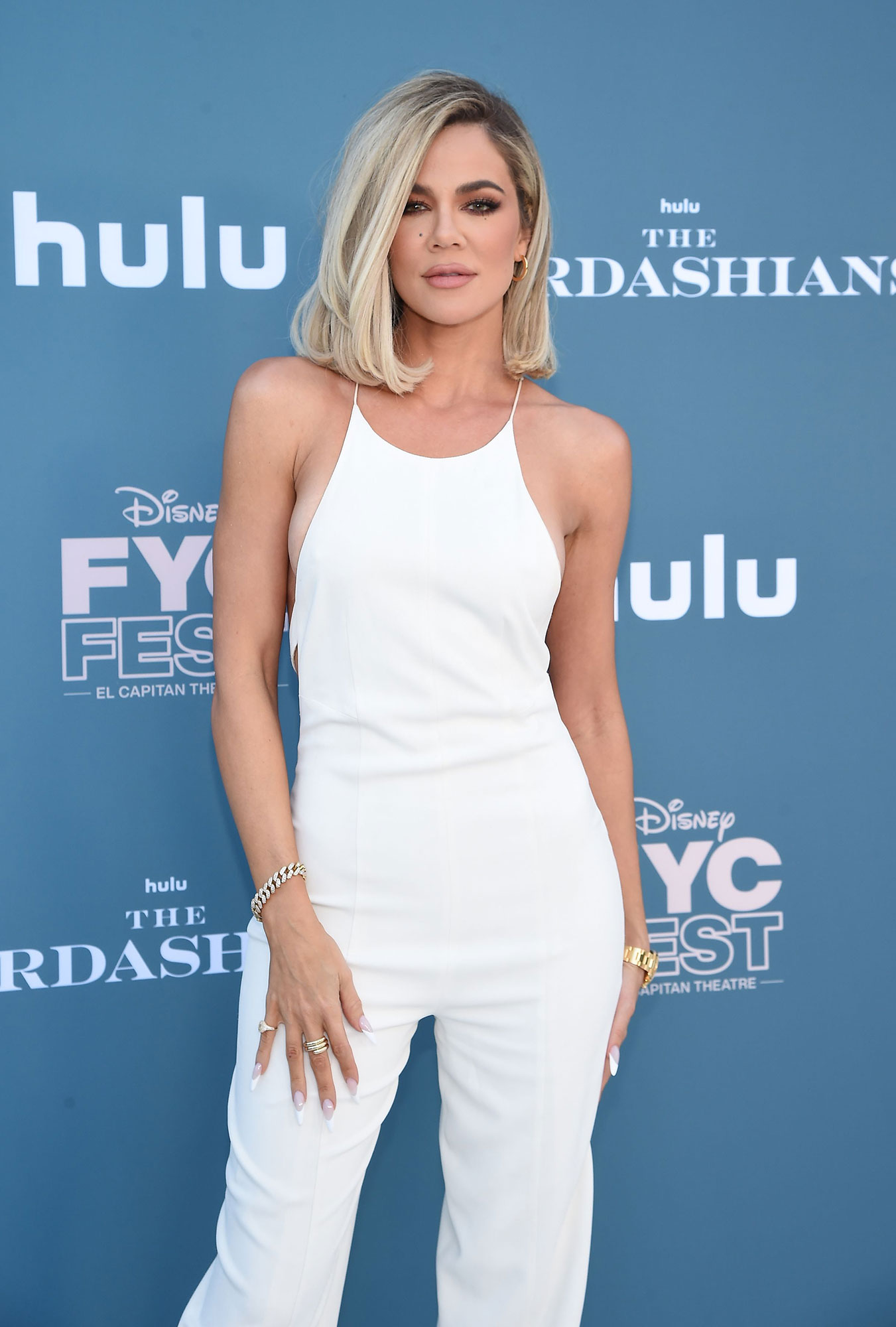 Santa came to town! Khloé Kardashian celebrated her first Christmas since welcoming her baby boy with Tristan Thompson — and she revealed their little one’s face for the first time.

“❤️ Merry Christmas ❤️,” the reality star, 38, wrote via Instagram on Monday, December 26, alongside two photos of her holding her son while standing next to 4-year-old daughter True as the trio posed in front of a Christmas tree.

The Kardashians star wore a satin red gown with a thigh-high slit. True matched her mom in a sweet dress made from the same fabric, while Kardashian’s youngest child wore a black onesie. In the first picture, the 5-month-old turned his head to the side while looking at his mom, offering the world the first glimpse at his face.

The California native first became a mom in 2018 when she welcomed daughter True with Thompson, 31. The coparents decided to welcome a second child via surrogate earlier this year and the baby was born in July.

Her relationship with the NBA star has had its ups and downs. They first made their relationship public in 2016. Two years later, the Revenge Body alum became pregnant with True, but days before giving birth, Thompson was caught in a cheating scandal. After another cheating incident in 2019, the parents called it quits. In 2020, the on-off couple secretly got back together and in 2021, they decided to have another baby together, but broke up later that year.

Shortly after Kardashian’s surrogate got pregnant, fitness model Maralee Nichols claimed that in March 2021, she got pregnant with Thompson’s baby — while he was still dating Kardashian. A source exclusively told Us Weekly that the Kocktails with Khloé alum was “hurt” to find out the news.

Nichols then sued the former Boston Celtics player for child support in December 2021. Days before Christmas this year, he settled the lawsuit and agreed to pay $9,500 per month in child support for son Theo. He also shares son Prince, 6, with ex Jordan Craig.

Kardashian and Thompson have still not revealed the name of their baby boy to the public.

Leading up to Christmas, the Kardashians star had been sharing her excitement for the holiday with her daughter.

On Tuesday, December 20, Kardashian posted on her Instagram Story an adorable video of True losing her first tooth while singing “I lost my tooth.” They used a Santa hat filter to make the video even more festive, and the Keeping Up with the Kardashians alum told the four-year-old to say “Ho, Ho, Ho Merry Christmas everyone.”

The mother-daughter-duo continued to have holiday fun on Snapchat the same day. The Good American founder shared videos on her Story of the two playing with more Christmas filters. In one clip, True was seen as a marshmallow floating in hot chocolate and in another, she looked like she was dancing with Santa’s elves.

When it comes to extravagant Christmas celebrations, the Kardashians and Jenners do it right. This year, momager Kris Jenner showed off her personalized ornaments — customized with her face on them. Sisters Kendall and Kylie Jenner, meanwhile, revealed their glamorous Christmas trees. Both were tall and lit up with beautiful lights and sparkling ornaments.

Kim Kardashian might have had the most fabulous decorations of all — outside her bathroom window she had four trees lit up, and in her living room was a dazzling white tree alongside a piano. On social media the SKNN by Kim founder revealed that every morning a piano player comes to the house to wake her four children up by playing festive songs.