"We did eat the rum cake off the floor and were inseparable after that."

Romantic meet cutes don’t just happen in movies — they happen to movie stars in real life too! While many people meet their significant other through friends or at a bar, some first-time meet ups end up being straight out of the pages of a script. These endearing and memorable occasions have helped spark many successful relationships for stars like Matt Damon and his wife Luciana or Serena Williams and her husband Alexis Ohanian. Their sweet (and hilarious) stories from the first time they met have set the stage for the perfect real-life romcom.

Find out how these famous couples met…

12 Celebs Who Don't Have Help Raising Their Kids

When Reese Witherspoon met her now-husband Jim Toth for the first time, he helped her get out of a sticky situation with a drunk pal. Reese says the man was yelling at her — and Jim stepped in to save the day.

“This really drunk guy was hitting on me, making such an idiot of himself, yelling at me. He was like, [slurring, scowling, pointing finger in her face] ‘You don’t know me.’ And I was like, ‘Yeah, I know. I don’t know you!’ Jim came over and said, ‘Please excuse my friend. He’s just broken up with someone.’ Jim was a really good friend, pulling him out of that situation. That’s just kind of who he is, a really good person,” Reese told Elle.

Kate Winslet met her husband Ned Smith under what could have been disastrous circumstances. It all happened when Kate and her children were vacationing on Necker Island, the privately owned resort island belonging to billionaire Richard Branson. Ned, who happens to be Richard’s nephew, was staying nearby when a fire broke out in one of the homes. Kate met Ned in the middle of the chaos and she says he stood out because he was the only one prepared for the situation.

“I met my husband in a house fire. He was the only dude to have a head torch and a pair of shoes, everyone else left everything behind. I took a bra and passports and my children. So I married him! I was like, ‘I’ll go for the guy with a head torch!'” she told ET.

11 Actors Who Admit They Didn't Give Their Best Performance

Chrissy Teigen met her now-husband John Legend for the first time while starring in the music video for his song, “Stereo.” Before they even began filming, Chrissy walked in on the musician ironing in his underwear. They proceeded to hang out all day — even after filming wrapped.

“I walked into John’s dressing room to meet him, and he was ironing in his underwear. I said, ‘You do your own ironing!?’ He said, ‘Of course I do.’ I gave him a hug,” she told Cosmopolitan.

Jada Pinkett Smith basically auditioned to be Will Smith’s girlfriend when they first met in 1995. The actress says that she tried out for the role of Will’s love interest on “The Fresh Prince of Bel-Air” but she ended up being deemed too short for the job. Although she lost out on the role, she befriended Will and they eventually started dating.

“When I was 19 I auditioned to play one of his girlfriends on ‘Fresh Prince’ and they told me I was too short, but then many years later once I started a film career, Mr. Smith decided he wanted to come and ask me to play his girlfriend and I had to tell him no. I think if I had done it we would not be married today because you have to meet people at a time that you’re ready. Neither one of us were ready at that time,” Jada said on “The Arsenio Hall Show.”

11 of the Longest Lasting Celebrity Friendships in Hollywood

Blake Lively first met Ryan Reynolds on the set of “Green Lantern” but they didn’t truly connect until they went on a double date — with other people. Although they were a date with different people, the chemistry between them was undeniable.

“We went on a double date. She was on a date with another guy and I was with another girl and that was the most awkward date for our respective partners because we were just like fireworks coming across [table],” Ryan said on EW Radio.

Serena Williams was actually trying to avoid her now-husband Alexis Ohanian when they first met. The tennis superstar, who isn’t much of a morning person, was at breakfast at a hotel in Rome, Italy. Alexis happened to be at the same hotel and while Serena had been hoping to get some privacy, Alexis sat down right next to her. Serena says her friends decided to tell Alexis there was a rat near his table in order to get him to leave but he was unfazed. He told the group he was from Brooklyn and not scared of rats — and after a short conversation, they ended up asking him to join their group for breakfast. 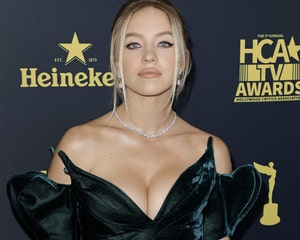 These Celebs Have All Spoken Out In Support of Intimacy Coordinators

Matt Damon met his wife Luciana Barroso while she was working as a bartender in Miami. He spotted her across the room and knew he had to talk to her. He actually went behind the bar to chat her up — and she put him to work. Matt used his bartending skills and Luciana says he helped her make a lot of tips that night.

“Matt’s story is that he saw me across the room and there was a light on me…But he had started getting recognized and asked for pictures and autographs, and then it got kind of aggressive because people are drinking and stuff, and so he came and hid behind my bar…[wanting to] just hang out back there and have a drink. He says, ‘Oh I saw you and I really wanted to talk to you.’ So I put him to work with me! I said, ‘You know, if you’re going to be back here, you can’t just be standing there!'” Luciana told Vogue Australia.

Sarah Hyland and Wells Adams first connected on Twitter after she had been tweeting about the “Bachelor in Paradise” star. They began sending some public messages back and forth and Wells eventually slid into Sarah’s DMs, inviting her to go out for tacos.

“He slid into my DMs…I was following him, we had tweeted each other, and I thought he was funny and he was a fan of [‘Modern Family’]…So I just thought, I saw him as the bartender [on ‘Bachelor in Paradise’], and I was like, ‘That’s really cute,’ and I was single, obviously, and I was like, this is really awesome,” Sarah said on “Jimmy Kimmel Live.”

11 Actors Who Were Totally Traumatized Following a Role

Alan Alda met his wife Arelene when they both attended the same dinner party during college. When it came time for dessert towards the end of the night, the rum cake, unfortunately, fell off the table. Alan and Arlene were the only two guests to eat the cake right off the floor.

“We did eat the rum cake off the floor and were inseparable after that. But I was captivated by her even earlier in the meal when I heard her at the end of the table laughing at my jokes. She had me at Ha,” Alan tweeted.

Emily Blunt may think the way that she met her husband John Krasinski is “lame” but it’s actually pretty sweet. She says she was out to dinner one night with a friend, who pointed out John in the restaurant. John ended up leaving his dinner with fellow actor Justin Theroux just so he could talk to Emily.

“I was in a restaurant; he was in the restaurant. I was sitting with a mutual friend — this is our romantic comedy. This is it — write it! My friend goes, ‘Oh my God, there’s my friend John.’ And that was it! It’s cinema gold. He was actually sitting with our friend Justin Theroux. He abandoned Justin and came over to talk to us. He did not eat, he just stood there and made me laugh,” she said on “Late Night with Seth Meyers.” 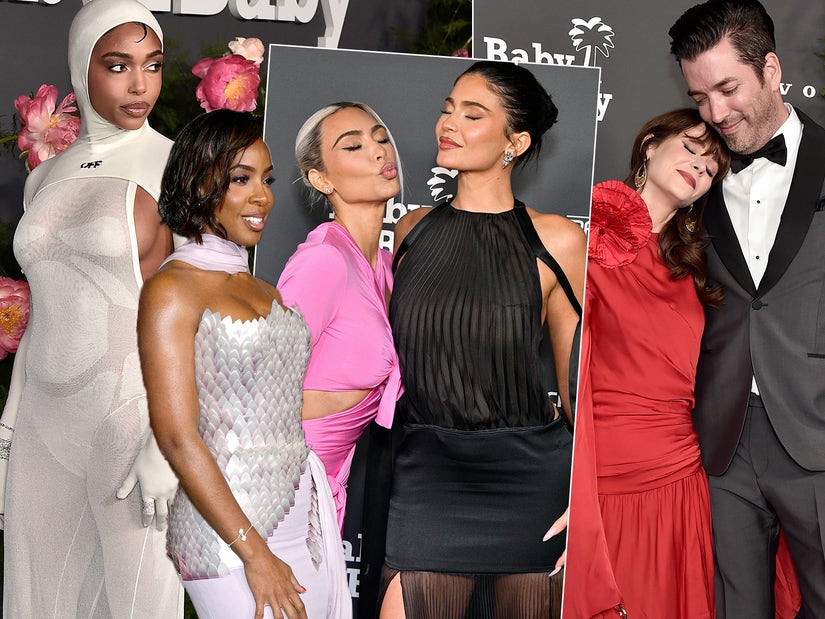