There are a lot of exciting things that happen in June, including the first day of summer, aka the longest day of the year. But nothing’s more exciting than June’s tastiest holiday, National Doughnut Day. This year, the delicious holiday takes place on Friday, June 7, and it gives you an excuse to eat doughnuts all day, for any meal, non-stop. Need more reason to chow down? These National Doughnut Day 2019 deals on June 7 will help you celebrate the sweet holiday in style.

If you’re anything like me, National Doughnut Day is every day. But according to National Day Calendar, the holiday officially takes place on the first Friday of June each year and has a deeper significance than just Americans’ love for doughnuts. National Doughnut Day honors a group of women called the Salvation Army Lassies who served soldiers doughnuts in the early 1900s, during World War I. According to National Day Calendar, the doughnuts these women made and handed out were often cooked inside oil in the metal helmets of U.S. soldiers and served on the front lines to soldiers fighting in the war. 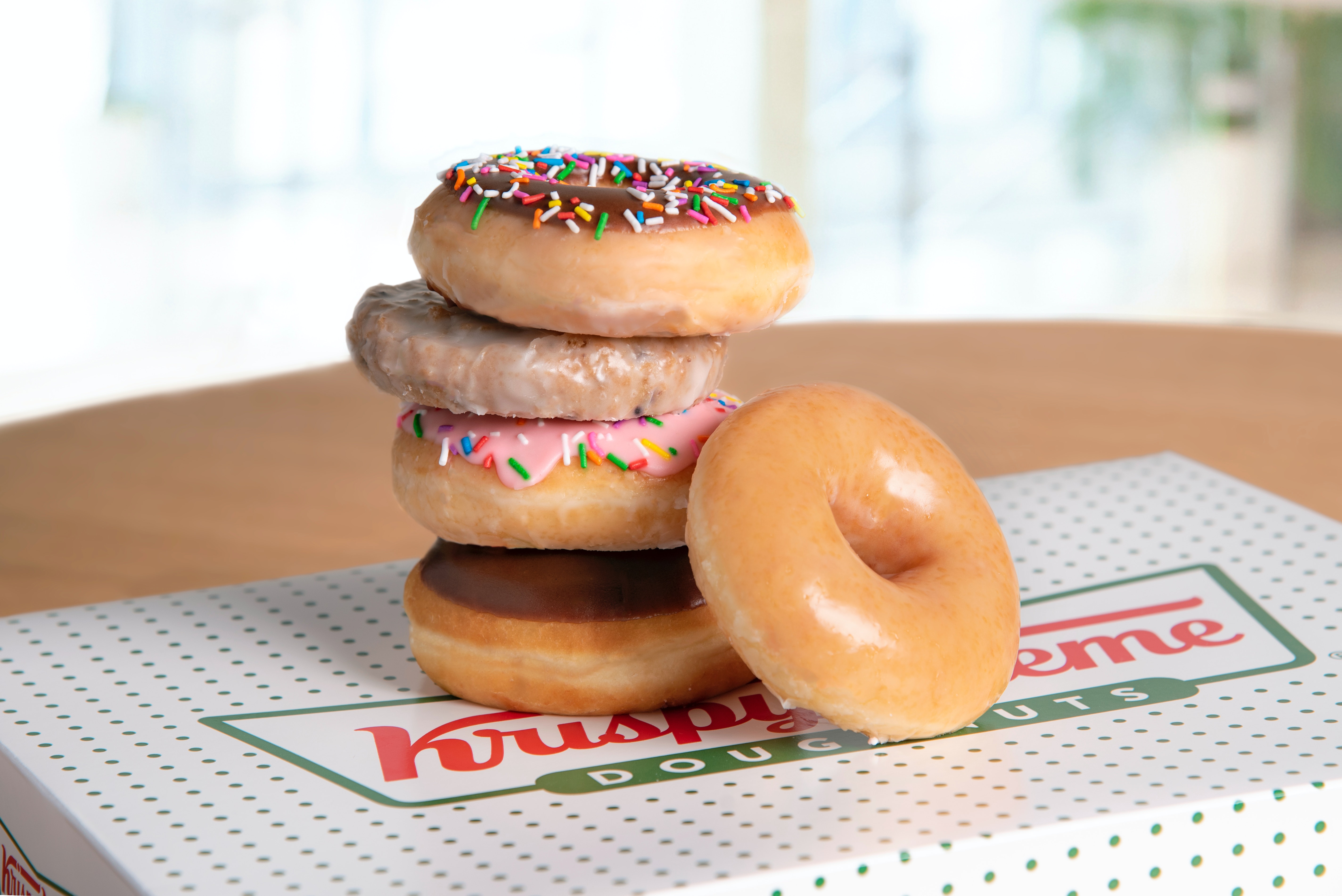 Krispy Kreme wants to give you the ultimate treat on National Doughnut Day by letting you select any doughnut off the menu on Friday, June 7 for free, per a Krispy Kreme press release emailed to Elite Daily. Yep, that means you’re not limited to one kind of doughnut, and you can pick anything off the menu that strikes your fancy, no purchase necessary. Perhaps you’re a fan of the Original Glazed Doughnut, or maybe you lean a little more toward Chocolate Iced with Sprinkles. Either way, your fave flavor can be all yours at participating stores in the U.S. and Canada, only on June 7. 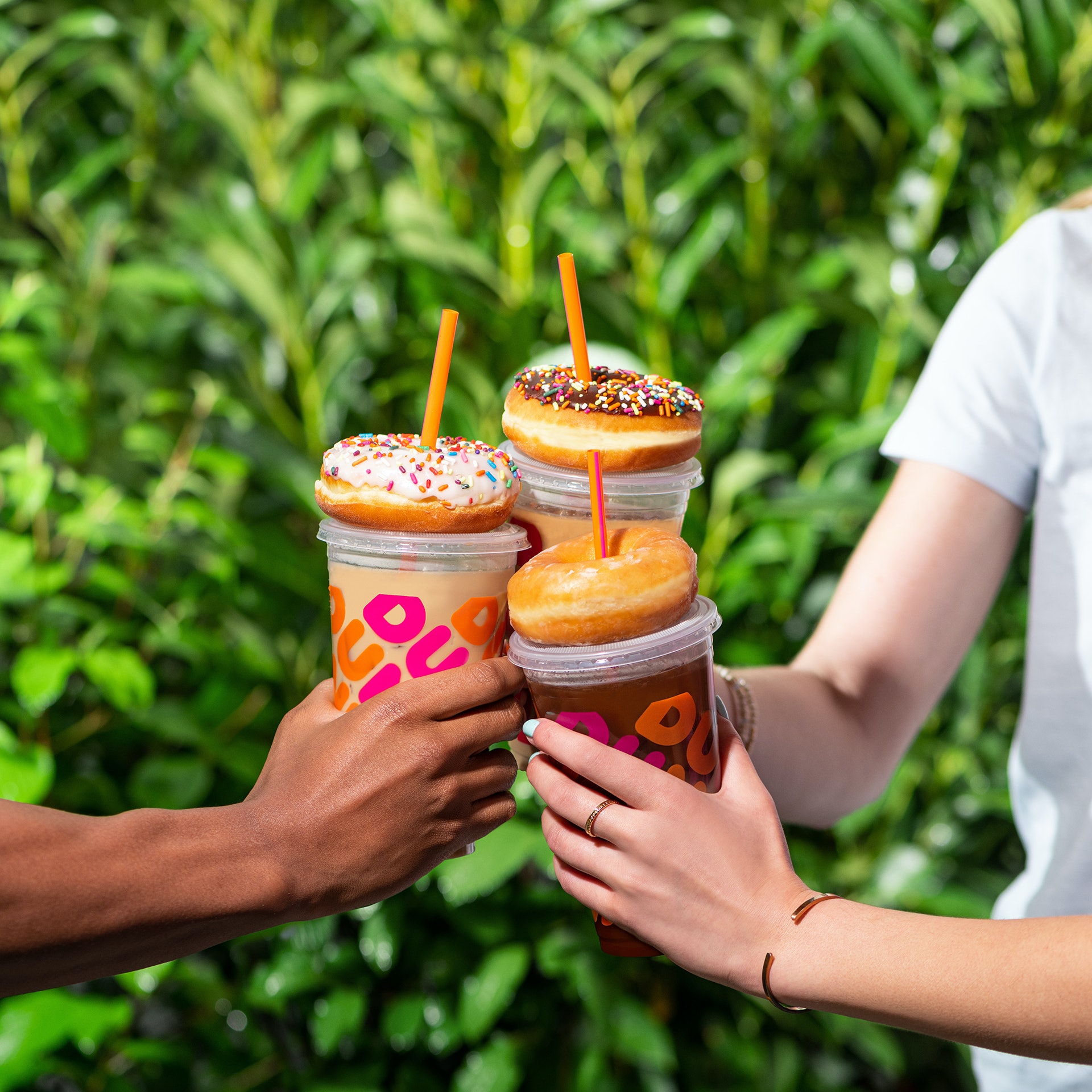 Dunkin’ wants to help fans celebrate National Doughnut Day by offering guests a complimentary classic donut with any beverage purchase on June 7, per a Dunkin’ blog post. If you’re already going on a Dunkin’ run for a beverage, this deal is a no-brainer. A free sweet to complement your go-to Iced Coffee? Yes, please! Guests can choose a classic Dunkin’ flavor as their freebie, which include flavors like Boston Kreme, Glazed, Glazed Chocolate, and Strawberry Frosted with Sprinkles. 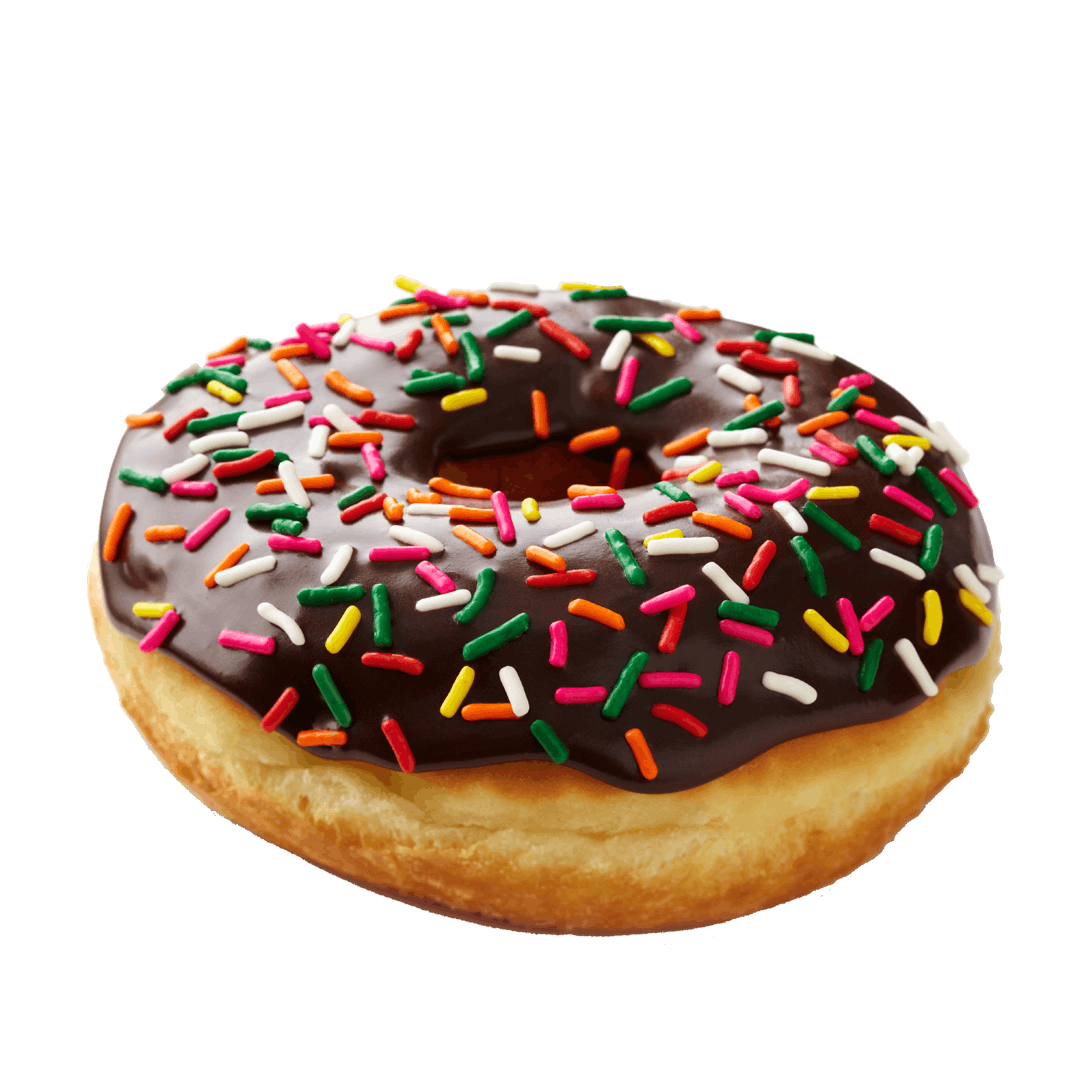 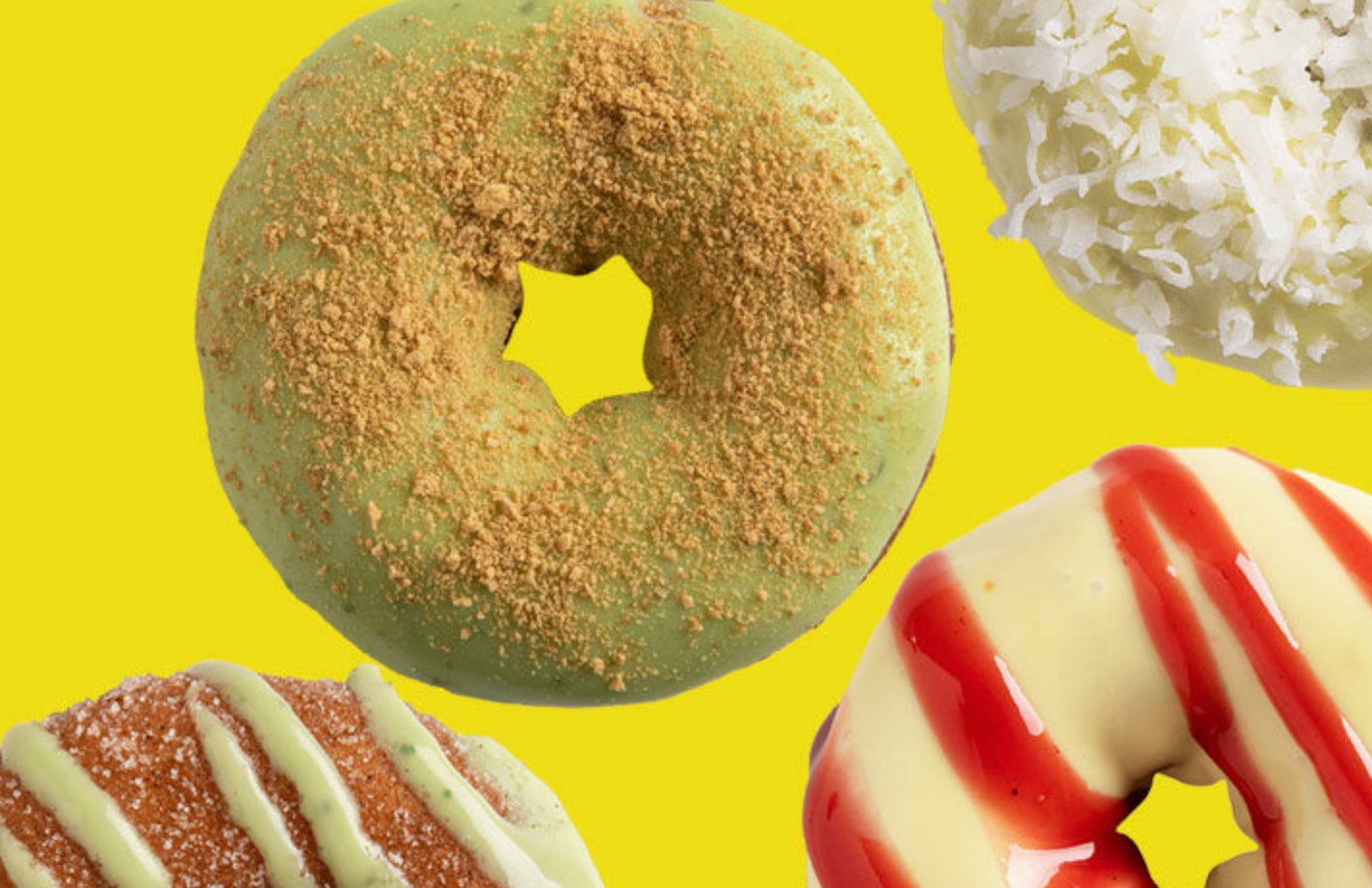 If you live near one of the 69 nationwide Duck Donuts locations, you can enjoy a free doughnut from Duck Donuts on June 7 only, per the company’s website. Choose your freebie from three flavors: Bare, Cinnamon Sugar, or Powdered. If you prefer a more classic doughnut flavor, North Carolina-based Duck Donuts is definitely the place to go on National Doughnut Day.

First of all, if you live in Oregon, Texas, Colorado, or Southern California and you haven’t eaten at Voodoo Doughnuts, drop everything you’re doing and go try a doughnut from there now. On June 7, Voodoo Doughnuts, aka my all-time favorite doughnut shop, is offering one of its newest doughnuts, the Homer doughnut, for just $1, per the chain’s Twitter account. The Homer doughnut features a strawberry frosted ring with little rainbow sprinkles and is sure to satisfy any sweet tooth on National Doughnut Day. 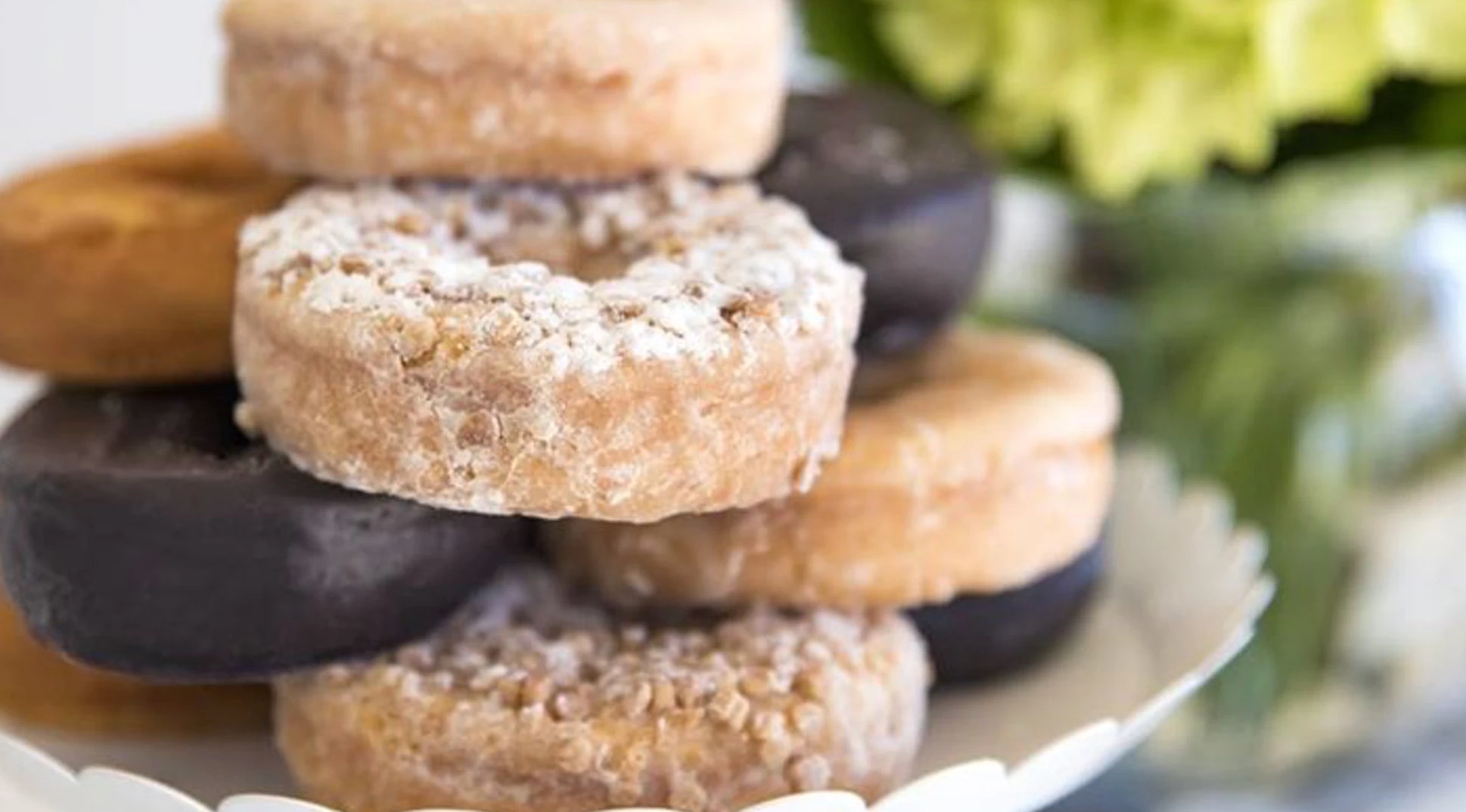 In honor of National Doughnut Day, baked goods company Entenmann’s has created a fan challenge that allows doughnut lovers to envision and create their own doughnut flavors for a chance to win $5,000 and a year’s supply of Entenmann’s donuts. The contest is open until June 14, so check out the official rules and prizes for the Entenmann’s contest — and put your creativity to work! 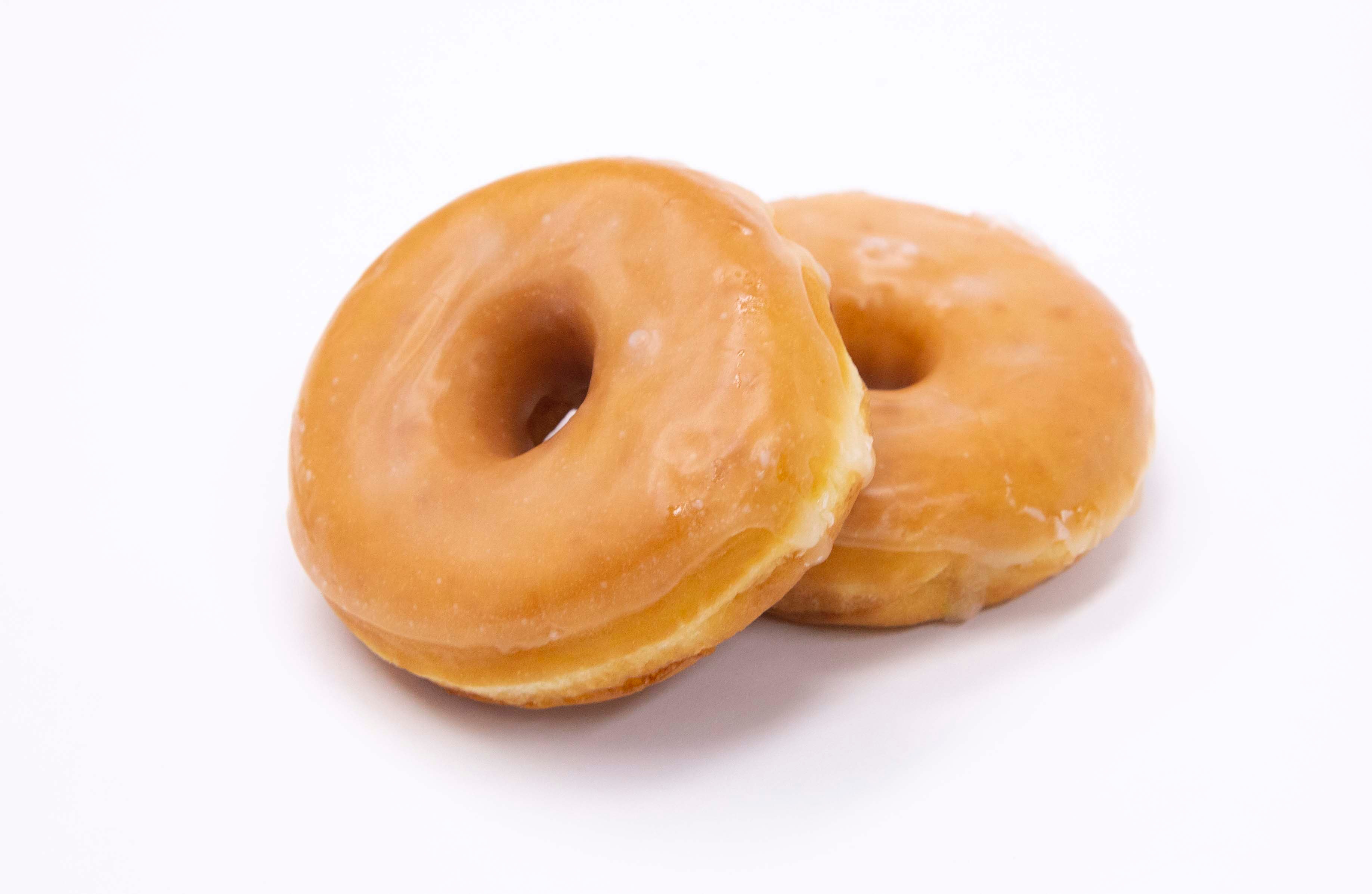 If you need to go shopping on National Doughnut Day, head to Walmart to kill two birds with one stone. The retail chain is giving away over 1 million doughnuts to celebrate the holiday on June 7. If you head to the bakery section of a participating Walmart Supercenter or a Walmart Neighborhood Market, you can snag a glazed doughnut as a freebie on this special day, according to an email from Walmart to Elite Daily.

8. Free Doughnut From From LaMar’s Donuts

LaMar’s Donuts, a doughnut and coffee chain based out of Arizona, Colorado, Kansas, Missouri, and Nebraska, is highlighting the OG inspiration behind National Doughnut Day, The Salvation Army, to bring guests a free doughnut on June 7. Just head into a location near you on June 7 and pick from "any donut with a hole," all yours for free, per the company website. The company also encourages customers to donate to The Salvation Army in honor of the holiday.

With so many incredible offers on National Doughnut Day this year, it would honestly be irresponsible not to have a doughnut on June 7. Happy snacking!