While there are a lot of perks that come with being a contestant on The Bachelor (fame basically overnight, lifelong friendships, the potential to find love), there are some downslides, like the seemingly endless amount of drama. While Matt James’ season has been full of heated moments, it wasn’t until the ill-fated 2-on-1 date that things really got wild. These tweets about MJ leaving The Bachelor show fans were thrilled to bid the contestant farewell.

In defense of the contestants, anyone would be pissed heading into a 2-on-1 date. In case you’re not a Bachelor Nation regular, the gist is two contestants go on a date with the lead and yes, the chosen two usually have some major beef between them. Typically, one of the contestants gets sent packing post-date, thus eliminating the drama (or at least, that subset of drama).

During Week 5 — just about halfway through the season — MJ and Jessenia were clearly the two main feuding cast members. After five new contestants were added during the Jan. 25 episode, there was a distinct divide between the newbies and the veteran cast members. While "Queen Victoria" was originally propelling the drama, once she was eliminated, MJ and Jessenia started fighting as a response to all the in-house ill-will.

In an effort to figure out where the "toxic" vibes were coming from, Matt spoke to several women in the house, including Jessenia, during the Feb. 1 episode. She told the Bachelor MJ called the original contestants "varsity" and the newcomers "JV," which fueled the divide. When Matt confronted MJ, she was pretty upset and even more so after Jessenia refused to apologize for telling Matt. The result? A 2-on-1 date to start the Feb. 8 episode off and settle the MJ/Jessenia dispute once and for all.

Prior to the group rose ceremony, Matt met with both contestants in an effort to figure out his next steps. First, he pulled Jessenia aside, and she promptly told him, “MJ lied to your face the other night … she’s the one who created that division." After talking with Jessenia, Matt and MJ spoke, and she expressed her fear of losing him before insisting she never did anything malicious. 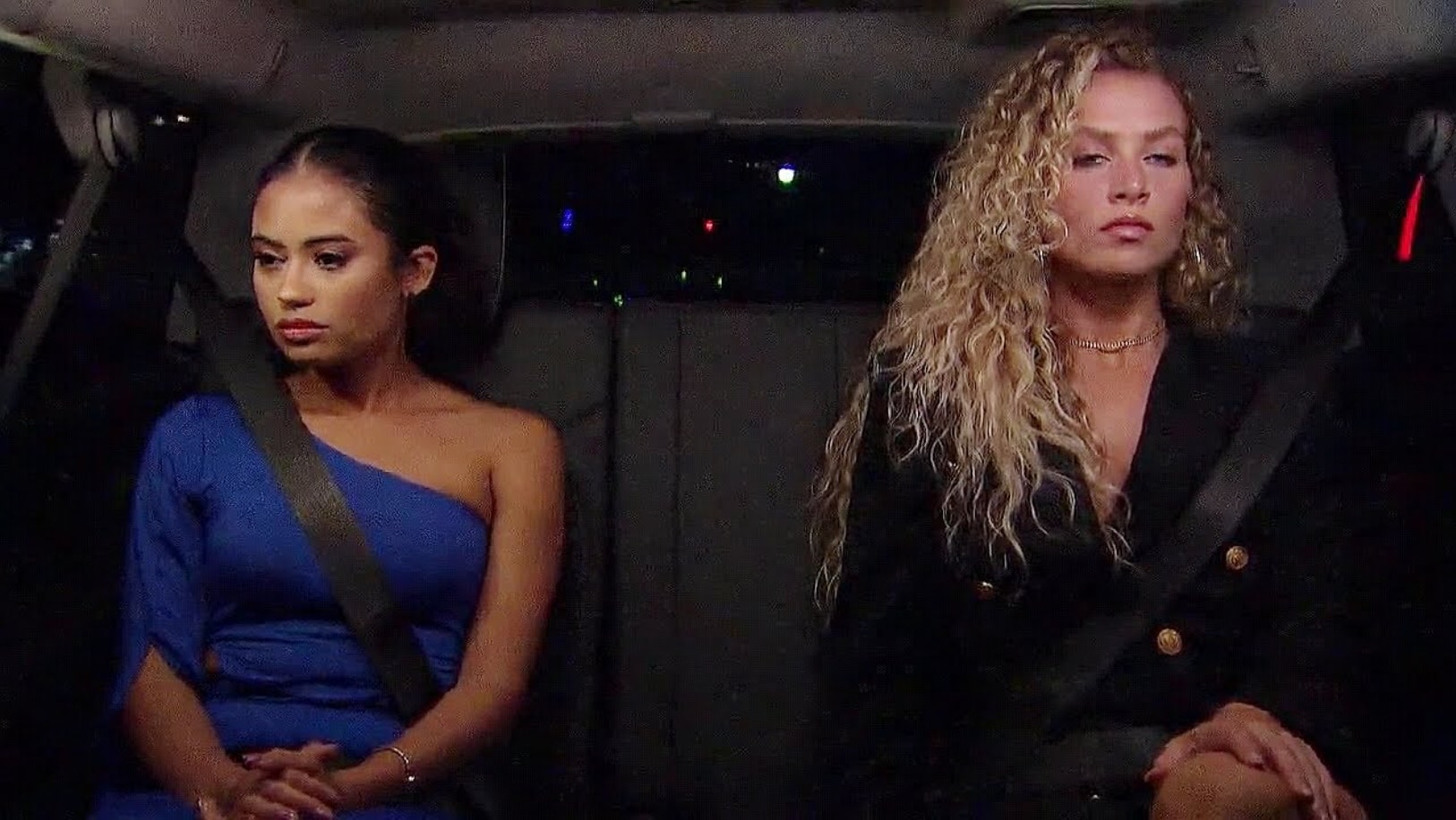 Despite her reassurances, Matt told MJ he couldn’t give her a rose, and asked to walk her out.