Will Smith has come a long way since he was on The Fresh Prince of Bel-Air. Not only has he launched an incredibly successful music career, but he’s one of the most recognizable actors on the planet. All that success, though, hasn’t gone to Smith’s head. In fact, he’s still the same down to earth guy who helped everyone let loose with his music in the late ‘90s. And he just proved it with an impromptu performance on Ellen. The video of Will Smith performing “Getting Jiggy With it” on Ellen will definitely put a smile on your face.

On Tuesday, May 21, Smith appeared on Ellen to promote his new film Aladdin. The 50-year-old star made his entrance onto the Ellen set by dancing to his 1997 hit “Getting Jiggy With It.” And by the time the first verse rolled around, he was so into the music that he just started performing for the audience. Smith danced and sang along to the first verse and chorus of the song, giving the audience a lot to cheer over. Even Ellen DeGeneres seemed awestruck by what was unfolding in front of her.

If you haven’t seen Smith’s impromptu performance of “Getting Jiggy With It,” you can watch it down below:

Smith’s little performance was so much fun that DeGeneres just had to make sure she let him know.

"Hi Will, that was enjoyable!" she said. "I had a front row seat to that wonderful performance of yours."

DeGeneres explained even further why she loves having Smith on the show. “I always love when I know you’re going to be on the show. You’re so much fun and this couldn’t be a better time for me because I don’t feel well and you’re just…”

Smith interrupted to assure DeGeneres he was happy to entertain the audience, saying, “Oh no, I got it. Just relax!”

Smith’s performance wasn’t all the two stars talked about, though. They also chatted about Aladdin and Smith’s role as the Genie. Apparently, music was the gateway for Smith to comfortably step into the role after initially turning it down. 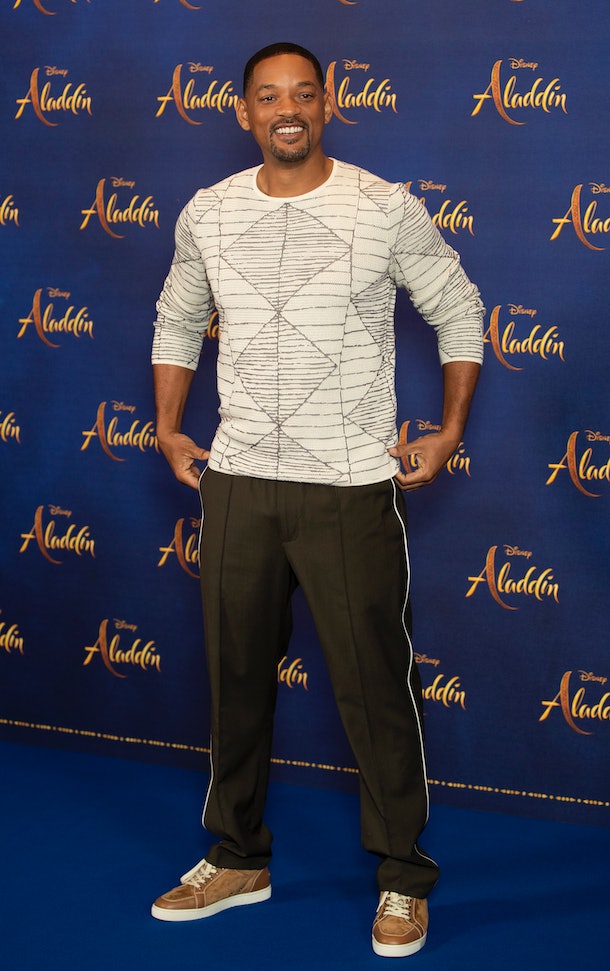 "The music is where I found my in to the Genie," Smith said of his character. "’A Friend Like Me’ was the first song that I messed with in the studio and then I found that hip hop flavor."

He also found inspiration in the past, more specifically in Fresh Prince.

"I was like, ‘Oh, I can just use my Fresh Prince persona and use that ’cause the Genie’s been forward and back in time, so he can pull references from anywhere," he continued. "So I mirrored that. The hip hop in was where I saw I could put my own signature while maintaining the nostalgic value."

So, basically, Smith put a whole lot of thought into his role for Aladdin and that means the movie is bound to be awesome. As Smith said, the nostalgic value of the film is what a lot of fans are banking on and if they can count on some Fresh Prince references to be included in it, then that just makes it even better.