See all three engagement rings from the ‘Bachelor in Paradise’ finale

Brendan Morais dropped by sponsor over ‘Bachelor in Paradise’ drama

The “yeses” flowed like the champagne during the “Bachelor in Paradise” finale Tuesday.

After serious conversations, emotional breakups, and confessions of love, three couples decided to get engaged during the climax of the ABC dating show.

Joe Amabile – AKA “Grocery Store Joe” –and Serena Pitt were one of the couples that happily agreed to head down the aisle.

“Joe, I’m head over heels in love with you, and I fall more in love with you every single day,” Pitt, 23, told her fiancé during their proposal, while donning a maxi white silk dress.

Amabile, 35, replied: “You told me you loved me first, now it’s my turn. Serena Pitt, I love you very much, will you marry me?”

Pitt tearfully said yes, and the two embraced each other for the first time as fiancés. 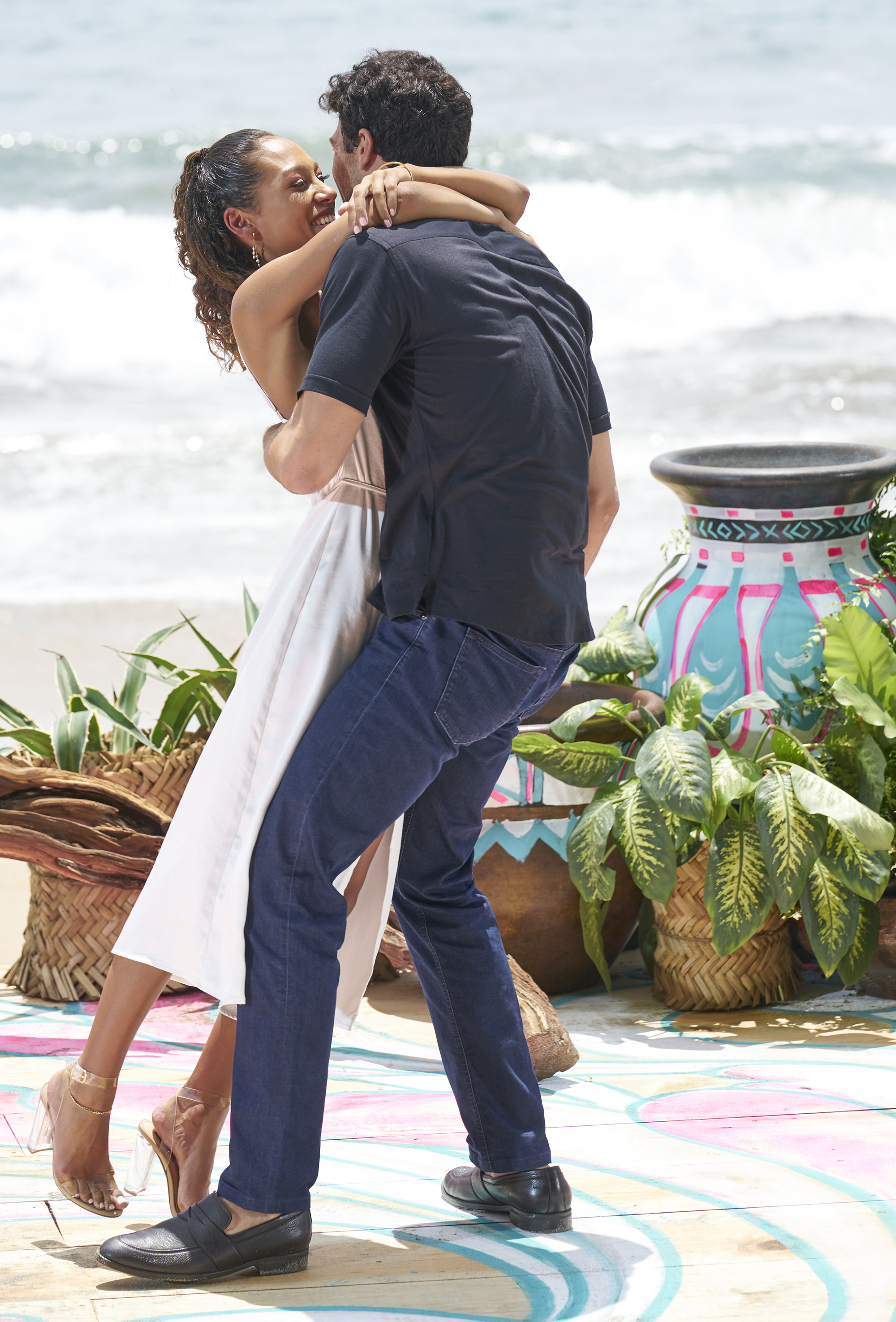 Riley Christian and Maurissa Gunn also chose to take their relationship down the aisle.

“See, Maurissa, I love you,” said Christian, who was initially hesitant to propose. “And I’ve loved you since our very first date. I just need to be sure. That said, will you marry me?”

Gunn, 25, emotionally accepted Christian’s proposal, and he placed a teardrop diamond ring on her finger.

Christian, 31, accepted her last rose, and the two ran off screaming, “We’re engaged!” 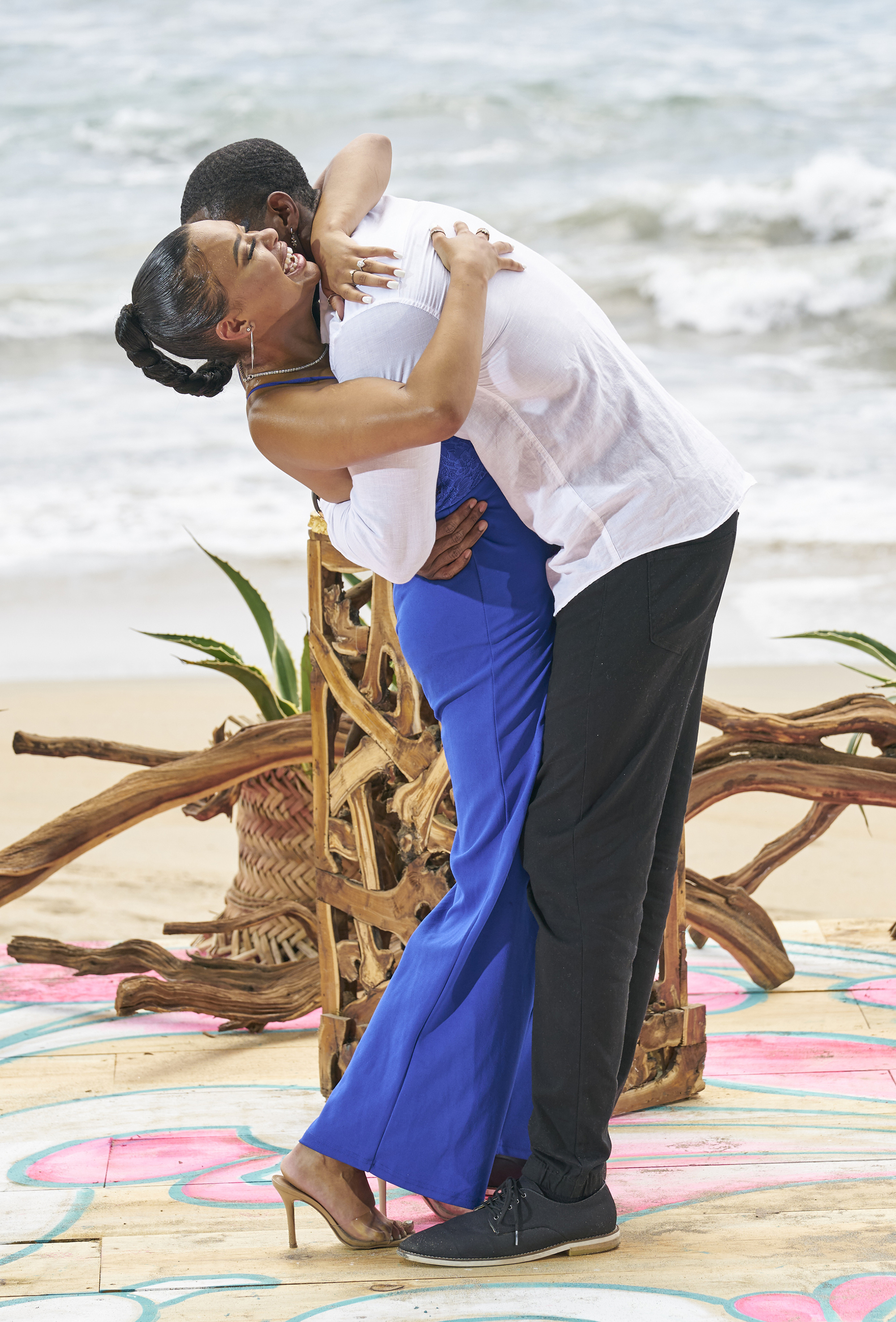 Kenny Braasch and Mari Pepin had their ups and downs throughout “Paradise,” but they also ultimately decided to get engaged.

Braasch, 40, proposed to Pepin, 25, saying, “Mari, I am so f–king in love with you and literally, like, I can’t see my life without you. You’re such an amazing woman that you changed my whole outlook on life and everything. Everything about you is just incredible. I can’t imagine my life without you.”

He then got down on one knee – making one last joke about his age – and asked Pepin to spend the rest of their lives together. Pepin and Braasch exchanged roses one last time before he literally swept her off her feet. 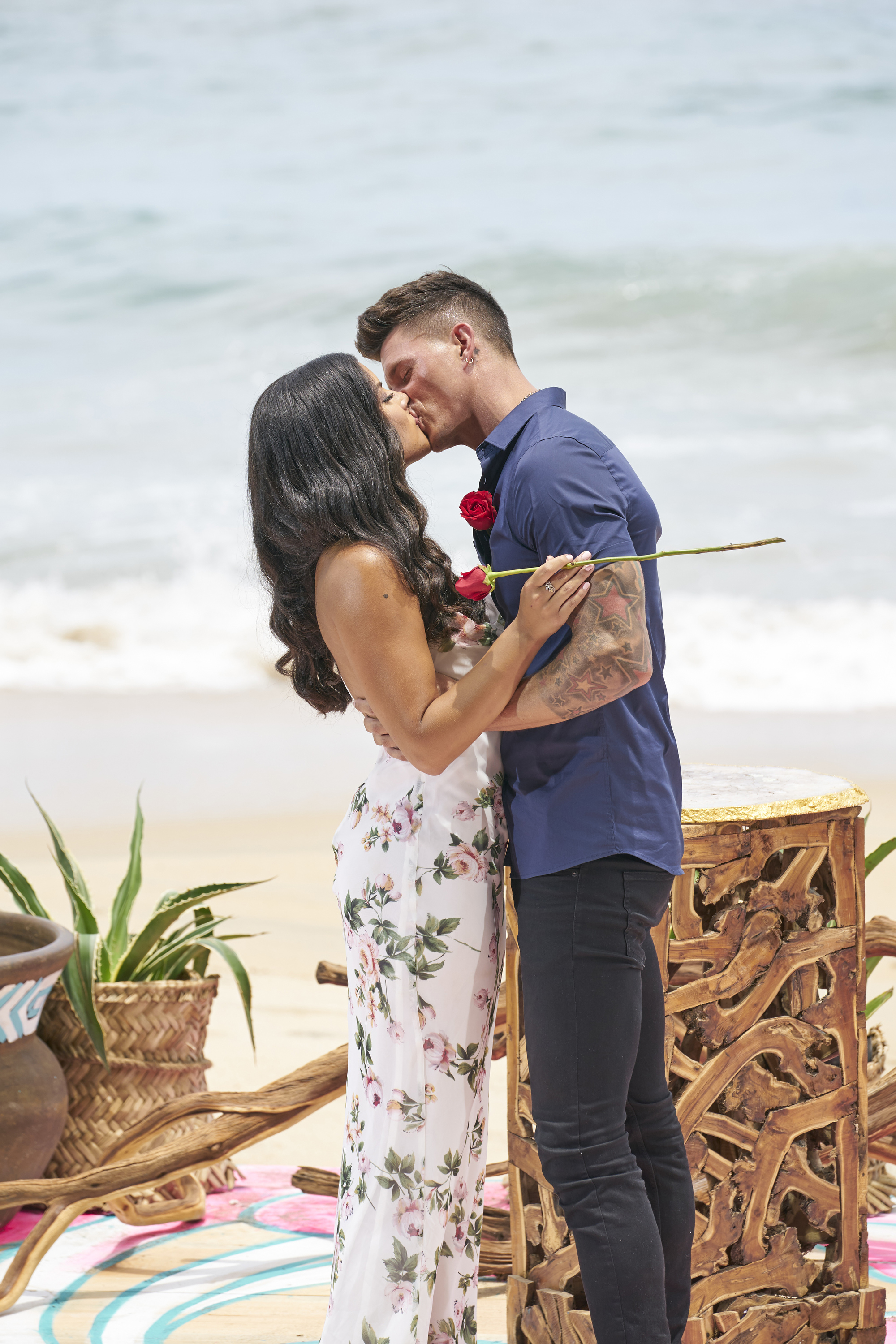 While this season of “Paradise” left three couples happily engaged, many people still left “Paradise” the same way they began their journey – alone.

The less serious couples decided to leave and “break up.”

But two couples chose to rekindle their love upon returning to the states.

Former “Bachelorette” lead Becca Kufrin, 31, and Season 17 contestant Thomas Jacobs, 29, felt that they weren’t ready to take their relationship to the level of engagement, so the two tearfully left “Paradise.”

The couple has since shared that they are still dating.

Kufrin posted a video montage with Jacobs on Tuesday and wrote in the caption, “I’m sorry for breaking up with you on national television, but I’ll take every day to make it up to you, Tommy. Thanks for making my heart smile far more than it ever has. Now time to start this real life.”

The couple voted “Most Likely to Live Happily Ever After,” Abigail Heringer and Noah Erb temporarily broke up during “prom night.” At the time, Erb felt the two weren’t on the same page and even told Heringer that she wasn’t his “person.”

The two left separately but ultimately decided to get back together. Heringer, 26, posted a video montage of them with the caption, “I love you.” Erb, 26, also posted an Instagram Story writing, “luv you.”

Meanwhile, Michelle Young’s season of “The Bachelorette” is right around the corner, premiering Tuesday, October 19 at 8 p.m. ET on ABC.