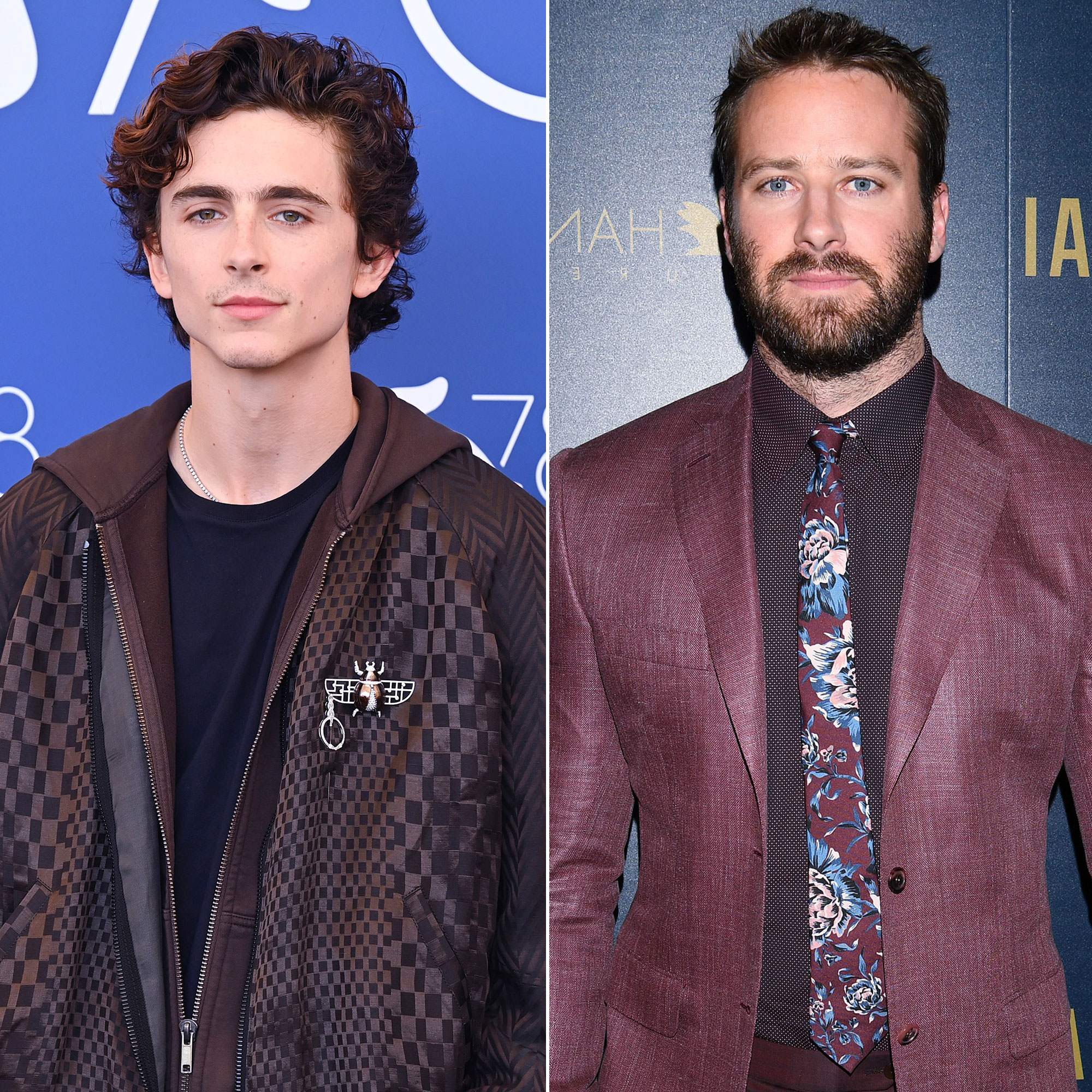 Timothée Chalamet is speaking out for the first time about the sexual assault allegations brought forth against Armie Hammer.

Armie Hammer’s Most Controversial Moments Over the Years

In a new interview with Time, Chalamet, 25, was asked about his Call Me By Your Name costar and a rape allegation, brought forward in March, from a woman named Effie Angelova, who claimed she was “violently” raped by the 35-year-old actor in 2017. Hammer has denied the allegation.

“I totally get why you’re asking that,” the Dune actor said. “But it’s a question worthy of a larger conversation, and I don’t want to give you a partial response.”

Earlier this year, Hammer was accused by multiple women of sexual abuse and rape following a DM scandal in which a man, claiming to be Hammer, allegedly wrote about his fantasies of rape and cannibalism.

Following the alleged text messages going public, the Mirror, Mirror actor dropped out of the film, Shotgun Wedding, starring Jennifer Lopez, denying the “bulls—t claims” in a January statement to TMZ. “In light of the vicious and spurious online attacks against me, I cannot in good conscience now leave my children for four months to shoot a film in the Dominican Republic,” he said at the time.

The scandal continued when Hammer was accused of branding his ex-girlfriend Paige Lorenze by carving his initial into her lower hip. The 24-year-old model claimed during a January interview with the Daily Mail that she was “traumatized” by Hammer’s actions, calling their relationship a “real-life 50 Shades of Grey without the love.” Hammer denied the claims calling them “patently untrue” in a statement to Us Weekly.

In March, Angelova, 25, spoke about her alleged sexual relationship with the actor during a press conference, saying they were intimate on and off from 2016 to 2020 after meeting via Facebook.

She denied Hammer’s previous claim that all of his sexual activities outside his marriage to then-wife Elizabeth Chambers, were “completely consensual in that they were fully discussed, agreed upon and mutually participatory.” Chambers and Hammer, who share children Harper, 6, and Ford, 4, announced their split in July 2020 after 10 years of marriage.

Angelova, who met Hammer when she was 20, accused the Social Network actor of “employing manipulation tactics in order to exert control over me until I started to lose myself. [He] would often test my devotion to him, crossing my boundaries as he became increasingly more violent [and] used me mentally, emotionally, sexually.”

Angelova claimed that the California native “abused me mentally, emotionally, sexually,” pointing to an alleged incident in L.A. in 2017 where she alleged, “Armie Hammer violently raped me for over four hours.”

Following the allegations, Hammer’s attorney told Us in a statement that Angelova’s “own correspondence with Mr. Hammer undermines and refutes her outrageous allegations.”

The statement continued, “With the truth on his side, Mr. Hammer welcomes the opportunity to set the record straight. From day one, Mr. Hammer has maintained that all of his interactions with Ms. Angelova — and every other sexual partner of his for that matter — have been completely consensual, discussed and agreed upon in advance, and mutually participatory. Ms. Angelova’s attention seeking and ill-advised legal bid will only make it more difficult for real victims of sexual violence to get the justice they deserve.”

Hammer checked himself into a treatment center for drug, alcohol and sex issues in June.