The ‘Tiny Pretty Things’ finale ended with the downfall of Monique Dubois. But don’t count her out. HL spoke EXCLUSIVELY with Lauren Holly about Monique’s takedown and the other finale twist.

Monique Dubois was untouchable until Neveah Stroyer entered the picture. Over the course of Tiny Pretty Things, the walls began to close in on the head of the Archer School. The ending of the first season featured her epic takedown. But the formidable Monique has already shown everyone she’ll go to great lengths for the place she has given everything to, and she’s not about to give up now.

HollywoodLife talked EXCLUSIVELY to the incredible Lauren Holly about the complex woman that is Monique Dubois. She revealed why this role came at a “perfect time” in her life. Despite being ousted from the Archer School after she was exposed for her involvement in the Michi Beach scandal, Lauren knows that Monique “just can’t” and won’t give up ballet. Plus, she weighed in on that shocking Ramon twist. Read our full Q&A below. 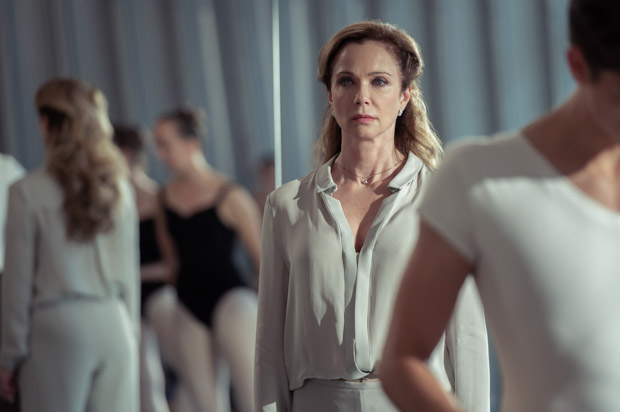 You have had so many amazing roles over the years. What was it about Monique that really stood out?
Lauren Holly: It really came at a perfect time in my life that I felt like I could play this. I love that she’s so complicated. You don’t really know if she’s bad or if she’s good. This is a woman who was a prima ballerina in an era that’s different from what it is now. She is now just trying to stay relevant and alive. Her way to do that is to keep this school going. She needs to do it in any way that she can because ballet was always a sport made by benefactors, so she has tools to use that may not be the best tools.

How much did you know about ballet before taking on this role?
Lauren Holly: I really didn’t. I’m not a dancer. I don’t have a dance background but I’ve always loved watching dance. It was a spectacular experience to be around these kids. I call them kids, which is so rude. They’re all young adults. But I feel like they’re my kids in a way. They are superhuman. They’re professional athletes. I remember when we first started filming, I witnessed the first time someone was dancing. I was standing just a little bit offstage, and I burst into tears. I couldn’t believe how beautiful it was. I was so close that I could hear her breathing and the effort that it was taking and the athleticism. It was just incredible.

The finale was such a wild ride, and Monique’s kingdom has crumbled down. With the Michi Beach Club situation and Monique’s role in it out in the open, do you think she can come back from this?
Lauren Holly: Who knows? I mean, what is she gonna do? She’s given her life to this place, and now she’s out. Who knows where we’ll find her next? I can’t wait to find out because I think that for Monique that school, that world, is everything to her. I love the show because it’s really timely in the sense that it sort of asks everyone to face like, who are you when things get tough? It’s almost like everyone in the world right now is being forced to ask themselves that question. For Monique, her world just gets completely taken away from her, so how is she going to bounce back from that? What’s she going to rely on? 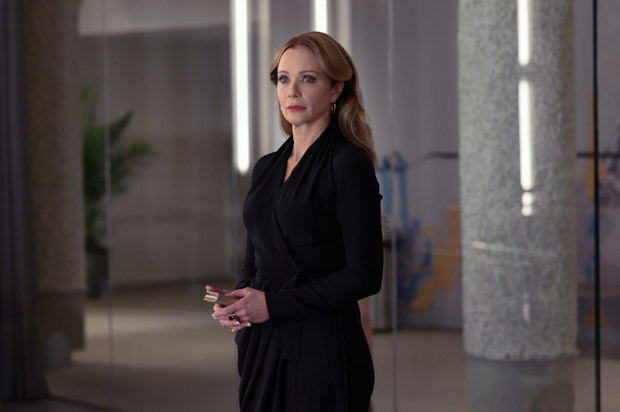 Do you think she could ever give it up ballet?
Lauren Holly: I would think that she just can’t. I think it is everything to her. I think it’s her identity.

After the dancers exposed her, Monique told Neveah that she’ll regret this. How serious is Monique about that threat?
Lauren Holly: She’s controlled by the writers, but I would imagine she’s very serious. Monique will not disappear without a fight.

The finale also featured Ramon’s shocking death. Given their history, how do you think Monique will react to his death?
Lauren Holly: I’m not sure because I’m not the writer, but I would think that it would be devastating for her. I think that he held a place in her heart, so that will be a really shocking thing for her to deal with. But then again, she might have killed him.

Ramon and Monique’s relationship was incredibly complicated. What was it like exploring that relationship?
Lauren Holly: They understood each other. They both came from sort of the same era and knew what it took, what they had to pretend not to see, that sort of thing. Ballet is a business that was made by benefactors, so you had to curry favor. I think that she just kept those tools when she became the director, and she knew that Ramon would understand that and that he probably did the same thing. As much as they had a past love and all of that, it was like you, you know what this takes. You know what I have to do. You do it, too. They’re sort of the same in that way.

Monique also had a relationship with Archer student Caleb. It started out as a sexual relationship, but Monique ended things romantically between them. Do you think Monique has realized whats she’s doing is wrong?
Lauren Holly: I think she’s worried. I think she deep down knows what she’s doing is damaging. This is what happened in her world when she was in it, but I also think that somewhere there is real affection, as well. I’m not sure how that’s going to continue. I think it’s interesting that, for him, it was such an emotional connection that he needed. She’s definitely invested in it. 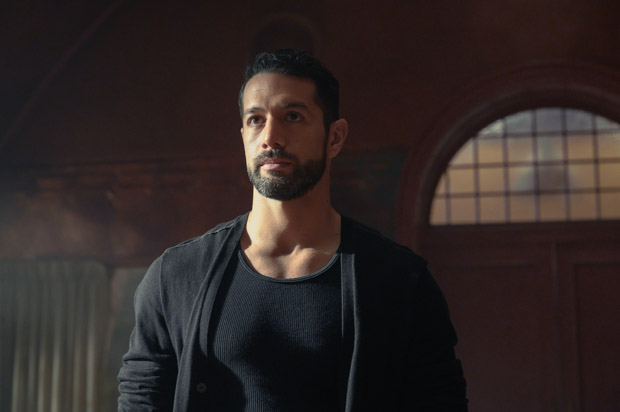 You touched on this earlier about how Monique is trying to stay relevant because the current world is a lot different than the one she was dancing in. What was that like to explore the generational shifts and how Monique is trying to keep up?
Lauren Holly: These things are the same thing that I face in my world in making television and movies. That’s why I’m just so happy that I get to play this part because it’s at a perfect time in my life. I feel like I went through an era, and it’s different now. It was easy for me to draw on that. I just think about how I was all of the kids’ age making shows like Picket Fences, how different it was for me to be on that show then, how the world has changed so much in entertainment, and how even just women are treated and what not. It was easy to make parallels between the two worlds.

Given Monique’s involvement in the Michi Beach situation and many of her not-so-great decisions, do you think she can be redeemed?
Lauren Holly: Absolutely. It’s all on the writers, but I think people can be forgiven or allowed some room if you start learning more about what made them do the things they did and their intentions and whatnot. Personally, I think Monique is more good than bad. I think she really wants the best for her students. She’s just not may be going about it in the right way all the time.

There’s one line that she says, “The past is a trap.” I’d love to dig deep into her past in a potential second season because there’s clearly so much there.
Lauren Holly: I’m excited because the writers have told me that we’re going to be going home with Monique if we’re lucky enough to come back for a second season. I’m really interested to see how she lives because one of my things for the character was she treated every day like she was still on a stage. She just wanted that feeling all the time, so is that what she’s like at home? Or is it completely different? There’s just a lot of possibilities.

There are so many amazing dancers on this show. Do you think there’s anyone in particular who Monique sees herself the most in?
Lauren Holly: I thought about that a lot. For some reason, I’m not exactly sure why, but I think it might be June. I think that Monique’s fought for every moment, and I think she tests June to see if she’s up for the fight.