Champion racehorse owner Damion Flower will face court on Thursday, accused of working with a Sydney Airport baggage handler to import more than 50 kilograms of cocaine into Australia.

The drugs were allegedly being smuggled into the country hidden in the baggage holds of commercial flights from South Africa. 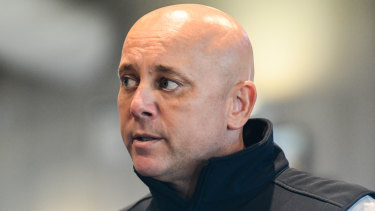 Police will allege that baggage handler To Oto O Junior Mafiti, 50, used his air-side access to import the drug.

Mr Mafiti was arrested at the airport on Wednesday, allegedly in possession of a bag containing 28 kilograms of cocaine.

Mr Flower was then arrested at his home in Moorebank, in Sydney's south-west, on Wednesday night by members of a joint task force between the NSW organised crime squad, the Australian Federal Police and the Australian Border Force, accused of receiving the drug from Mr Mafiti. Police have also allegedly seized $8 million in cash.

It is understood that police will allege they caught Mr Flower with some of the massive haul of drugs. 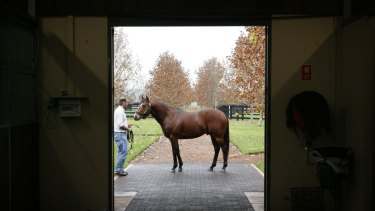 He will face Liverpool Local Court on Thursday on one count of importing a commercial quantity of cocaine.

Mr Mafiti is facing the same charge, and appeared briefly in Central Local Court on Thursday via audio-visual link, where he did not apply for bail, which was formally refused.

Last month, a third man, Ashoor Youkhana, was arrested close to Sydney Airport allegedly with 27 kilograms of cocaine in his car.

He is now before the courts on one count of importing a commercial quantity of cocaine.

He was refused bail by Central Local Court when he initially appeared, and will return to the same court in June.

Mr Flower, the managing owner of Jadeskye Racing and Platinum Park, is a well-known racing identity in Sydney.

He owns stakes in more than 50 horses trained by Brad Widdup, and is also one of 12 slot owners in The Everest, the world's richest turf race.

Mr Flower's champion horse Snitzel has won seven of his 15 starts, taking more than $1 million in prize money on the group 1 Oakleigh Plate.