From COS to Gucci, fashion’s biggest brands are finally joining the second-hand resale boom. Try… The new way to buy old clothes

Time was, when you complimented a fashionista on an outfit and they replied: ‘What, this old thing?’ they were just being modest. Today, it’s more often than not a statement of fact.

As both COS — the chic, grown-up member of the H&M Group — and Gucci launch dedicated resale platforms, is it time to embrace what fashion calls ‘pre-loved’, but what you and I know as ‘second-hand’?

Fashion once thrived on newness: new season, new drops, the new must-have styles. But our obsession with new is waning. Be it vintage, pre-owned or upcycled, we’re all embracing the old. We want clothes that stand the test of time, that aren’t frivolous, throwaway fads.

We care about cost-per-wear, ethical production, and not adding to the billions of tonnes of clothes that end up in landfill every year.

So old is good, old is better, old is now. The fashion industry knows this — and its current obsession is with extending the life cycle of our clothes. 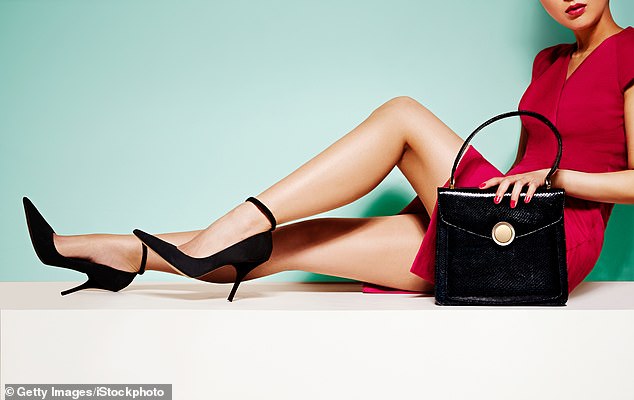 While High Street sales have nose-dived this year, the ‘pre-loved’ market is thriving.

Sales of clothes and homeware on eBay went up 30 per cent during lockdown. Traffic on Gen Z’s favourite fashion resale app, Depop, has more than doubled since April. And Vestiaire Collective, the go-to destination for pre-loved designer styles, saw a 144 per cent spike in orders compared to last year.

Even before lockdown fuelled a million wardrobe clearouts — and the economic toll of the pandemic rendered us all more money-conscious — the fashion resale market was booming.

In 2019, it grew 25 times faster than traditional retail.

Until now, the resale market has been dominated by third-party platforms, from luxury-focused outfits such as HEWI (Hardly Ever Worn It), Rebelle and Cudoni, to the likes of ASOS Marketplace, giving fast-fashion items a second life.

They make their profits from charging sellers a commission — typically 10 to 25 per cent of the final selling price. 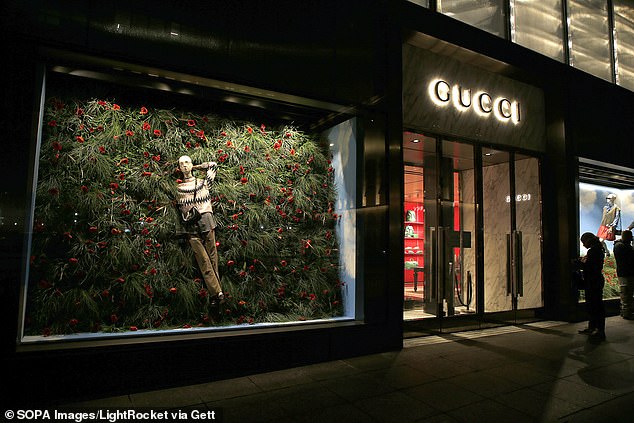 However, fashion brands are beginning to wise-up to the lucrative second-hand market. In September, COS launched Resell (cosresell.com), a digital platform to buy and sell second-hand COS clothing.

Selling your old COS items via Resell costs about the same in commission — 10 per cent — as using Depop and eBay, and less than ASOS Marketplace’s 20 per cent. And your chances of selling are increased, as anyone visiting Resell wants to buy COS specifically.

‘Another benefit for brands building their own resale platforms is they can meticulously tailor their offering and promotions around their consumer,’ says Kayla Marci, an analyst at retail market intelligence company EDITED.

High-end luxury labels have traditionally been wary of resale sites, being far more controlling of their brand image — which trades on the lure of the shiny and new — and relying on the exclusivity of their stock. Then there’s the fear of cannibalising sales of new products.

But how long can they ignore the luxury second-hand market, which is growing four times faster than the primary luxury market?

Last month, Gucci announced a game-changing partnership with The RealReal, a hugely popular U.S.-based resale platform, specialising in authenticated designer goods (it ships to the UK and you can shop the site in sterling).

The discounts are impressive but it’s still serious spending: a tweed mini dress from the 2017 collection — originally £1,400 — is available for £684.

A printed silk scarf, or cocktail ring, will set you back £270, while a pair of second-hand sunglasses is about £230.

What’s in it for Gucci, aside from promoting its green credentials? Well, the e-shop also sells stock provided by Gucci — presumably old or unsold products — and crucially the second-hand market can build brand loyalty with younger customers, who will eventually graduate to buying new.

Meanwhile, Selfridges has launched Resellfridges (selfridges.com/GB/en/cat/resell fridges) to let customers buy and sell pre-loved designer pieces. You can get a second-hand Celine Trio crossbody bag for £300 (instead of £790). 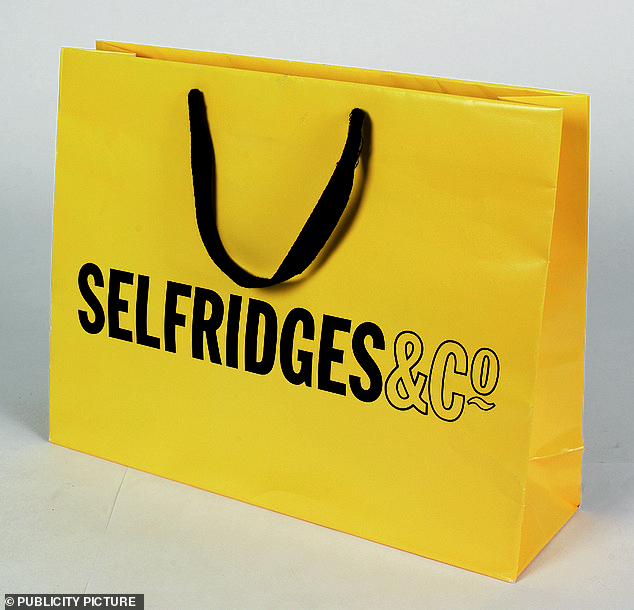 Selfridges have also jumped on the trend and have launched Resellfridges, which allows customers to buy and sell pre-loved designer goods

As she is a firm favourite with the Mayfair set, it’s perhaps not surprising that these are still eye-wateringly expensive — on a par with the main collection.

It features an old-season shirt dress dip-dyed in new colours (£2,195), a bucket bag (also £2,195) created from two existing bags, and a ribbed turtleneck (£1,290) spun from recycled cashmere and silk.

But upcycling is most definitely on-trend, and E.L.V. Denim (elvdenim.com) has a similar ethos at a slightly saner price point. The London-based brand takes jeans destined for landfill and recuts them to create new designs.

Luxury online retailer Farfetch has offered pre-loved pieces since 2010. Last spring it launched Farfetch Second Life (secondlife.farfetch.com), an initiative which sees people sell their used bags in return for Farfetch credits (there are no fees or commission).

So, when it comes to fashion we are no longer slaves to the new, and far from there being a stigma around buying something pre-owned for a discount, snagging a good deal is just smart shopping.

As second-hand becomes the new status symbol, expect to see plenty more of your favourite fashion brands jumping on the pre-loved and upcycled bandwagon.