Maybe Naomi has a point! Revolting passenger uses his TOES to swipe through in-flight entertainment touch-screen

Twitter has gone wild after a clip of a plane passenger using his bare feet to swipe through the in-flight entertainment went viral.

Crime writer Alafair Burke, from New York, shared the clip on Twitter last night, which shows an unidentifiable man resting his bare feet on the partition in front of him and using his toes to swipe through in-flight entertainment.

Seemingly undecided on what he would like to watch, the man pointed his toe and scrolled through the selection of films before resting it on the partition again.

The clip, which has now been viewed over 4.2 million times, has sparked horror for many viewers, with some taking to Twitter to shame the man. 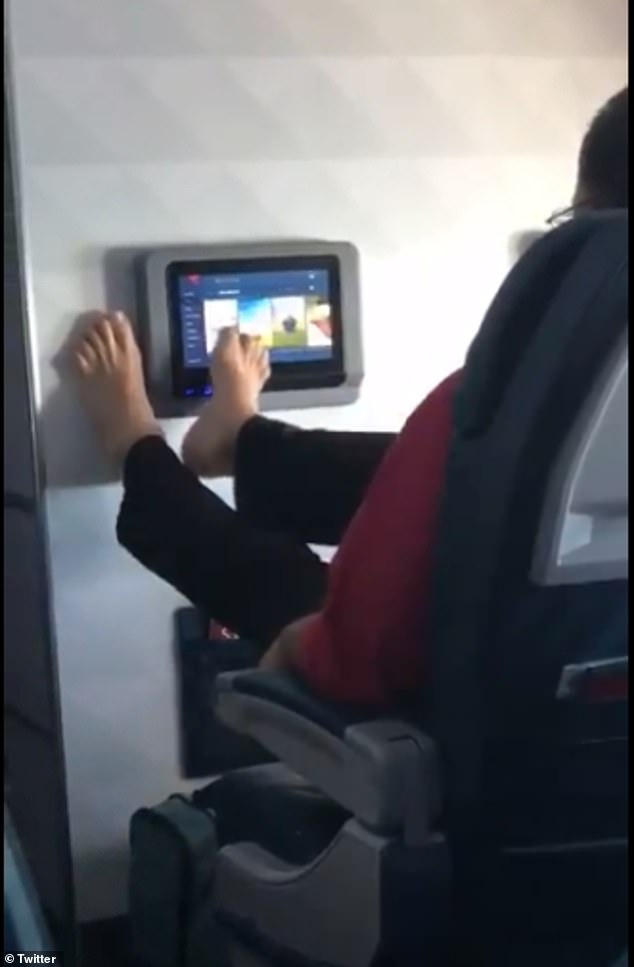 Alafair Burke, from New York, revealed she was sent the clip by a friend sat a few rows behind the passenger

One posted: ‘This is exactly why Naomi Cambell wipes everything down she touches on a plane. I’m following her advice because these people are nasty.’

While another commented: ‘This is the most disturbing thing I’ve seen on Twitter.’

New York Times best-selling author Alafair revealed that she hadn’t been on the flight herself, but was sharing it on behalf of a friend who had witnessed the scene.

Posting the clip, she said: ‘My friend who doesn’t have Twitter sent this from her flight. It belongs on Twitter.’ 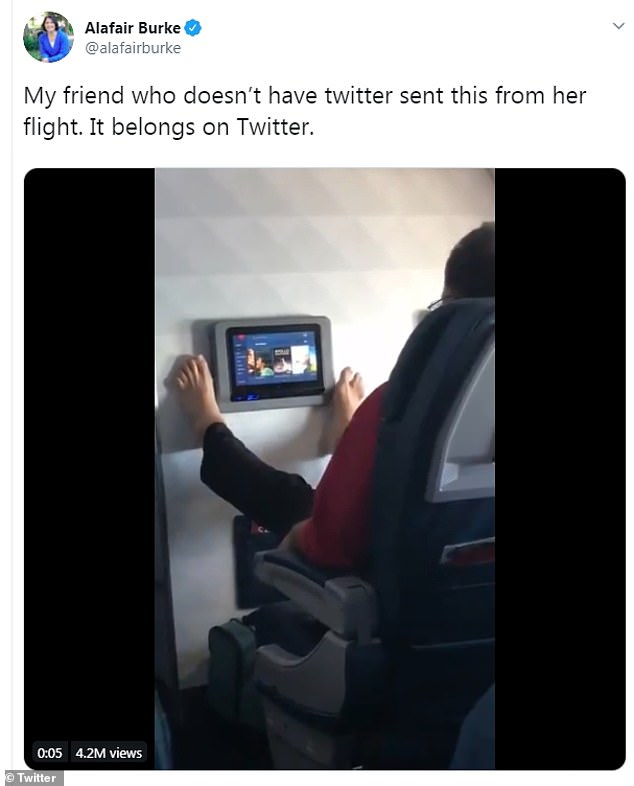 The now viral clip shows the passenger in the front row of a section of seats, resting their bare feet on the plane partition and swiping through the in-flight entertainment with their toes

Twitter was left horrified, with one person calling it ‘the most disturbing thing’ they’d ever seen on the site

She added: ‘The photographer confirms that she saw him walk on and off the plane, carrying his own bag. He just likes to watch TV with his bare feet.’

The passenger, who appeared to be travelling at the front of a section of seats on the plane, stretched their legs straight out in front of them, resting their bare feet on either side of their small screen.

Twitter users were horrified by the clip, with many responding with shock at the man’s actions. 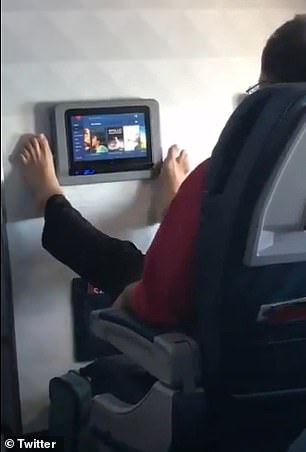 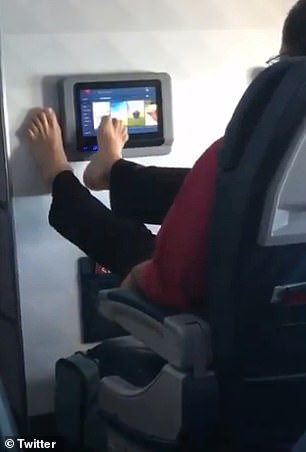 Twitter users were left horrified by the clip, which shows the passenger using their bare feet to swipe through the in-flight entertainment

One wrote:’People in first class look at me crazy for wiping down everything. This is exactly why. Yuck.’

‘I really look down on people who wipe everything down as fussy and overly concerned about germ exposure which is both unavoidable and necessary. And right now, seeing this, I realize how wrong I’ve been,’ one added.

Another commented: ‘The next passenger in that seat will get athlete’s mouth.’

Another user posted: ‘If this person was sitting next to me he would be crawling off the plane.’ 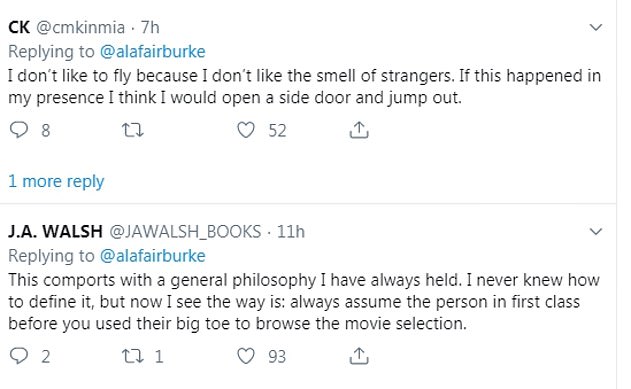 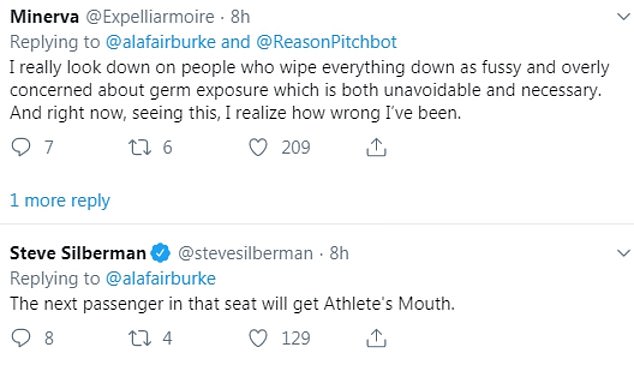 Other Twitter users were left stunned by the video clip, with many suggesting they would be ‘wiping down everything’ on future flights

‘I don’t like to fly because I don’t like the smell of strangers,’ another revealed. ‘If this happened in my presence I think I would open the side door and jump out.’

One tweeted: ‘Good. Lord. WHY are people like this?! What has happened to public decency and decorum?!’

Another simply added: ‘I would go to prison for life if I saw this happen.’