A historical re-enactment actor has been branded the ‘missing Hemsworth brother’ after a video of him riding a horse at Warwick Castle went viral.

Will Arnold, 32, is a horse trainer and performer who has garnered a legion of fans thanks to his good looks, which have led to social media users comparing him to Chris Hemsworth and his brother Liam.

Speaking on This Morning today, Will told hosts Vernon Kaye and Rochelle Humes that he finds the comparisons ‘hilarious’ – and that he is also very flattered.

He said: ‘I don’t think I’ve had chance to let it all sink in yet. 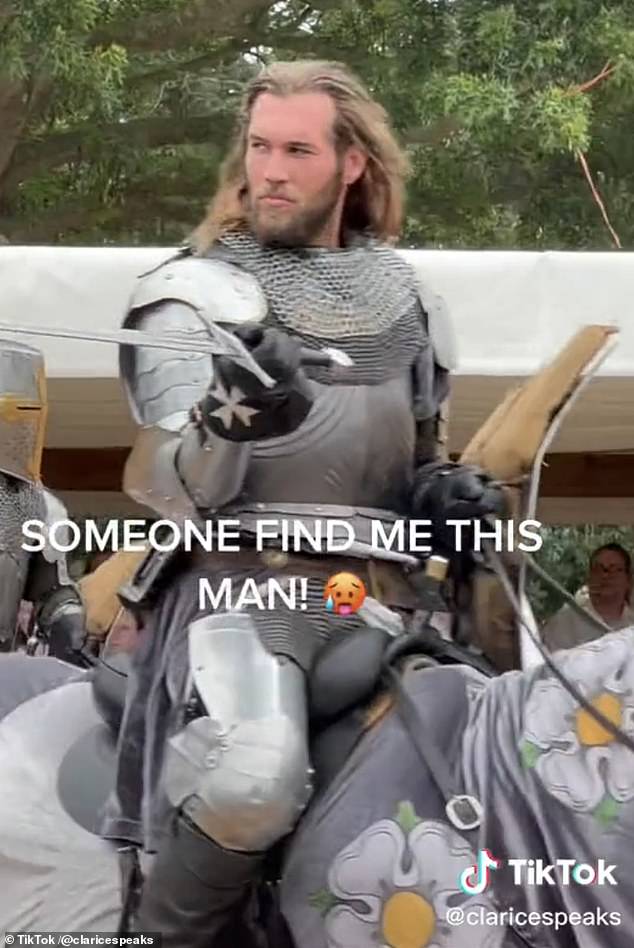 Will Arnold has garnered a legion of fans after he was filmed at work, and the video shared on TikTok where it went viral The performer and horse trainer appeared on This Morning today to talk about going viral, and getting so much attention 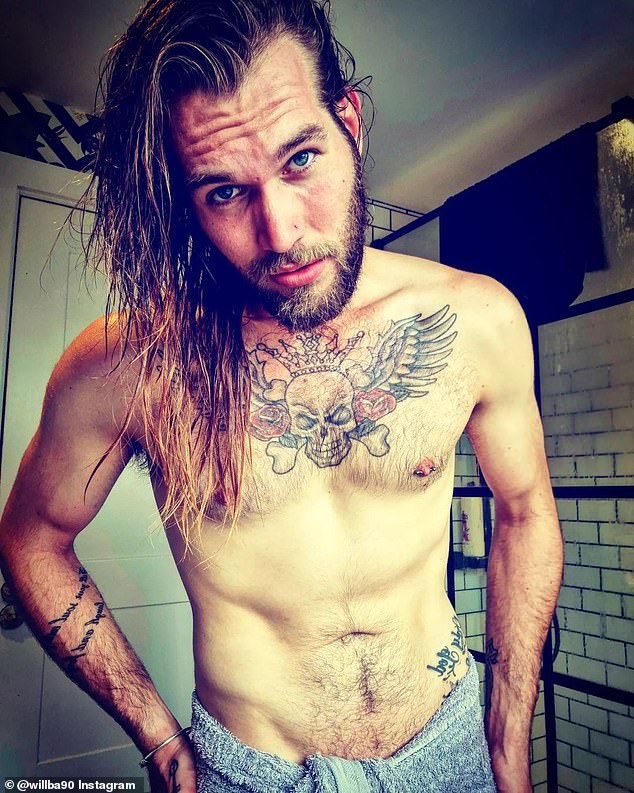 Numerous social media users have compared Will (pictured) to the Hemsworth brothers, who are known for their good looks and muscular physiques

‘We’ve been very busy this show season running all of our shows here at Warwick Castle.’

He continued: ‘A lot of people have brought it to my attention but I’m yet to have chance to really absorb it and read everything that’s been written.’

According to the 32-year-old, who works full time for the Knights of Middle England equestrian centre, he also teaches people to joust and become knights – and he called on those interested in the activity to try learning it themselves.

Will said his friends and family find the video of him hilarious, as it is just footage of him ‘doing [his] job’. 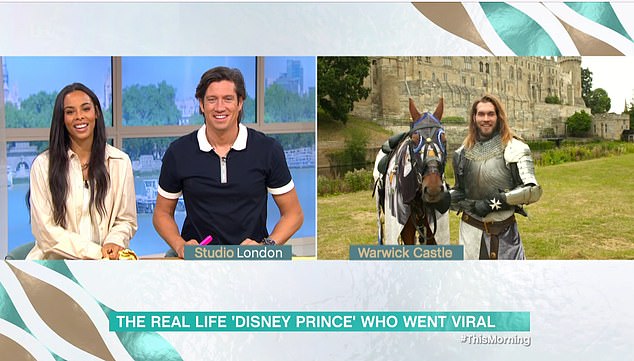 Will Arnold (pictured, right) told This Morning hosts Rochelle Humes and Vernon Kaye (pictured, far right and right) that he has yet to read everything that’s been written about him 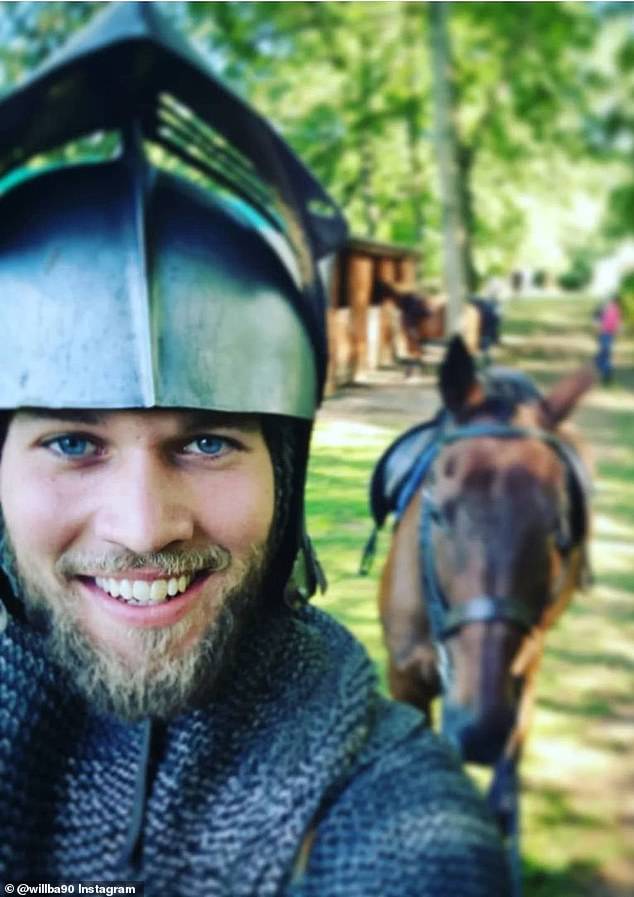 The 32-year-old, who works at an equestrian centre, is currently performing in a jousting re-enactment at Warwick Castle 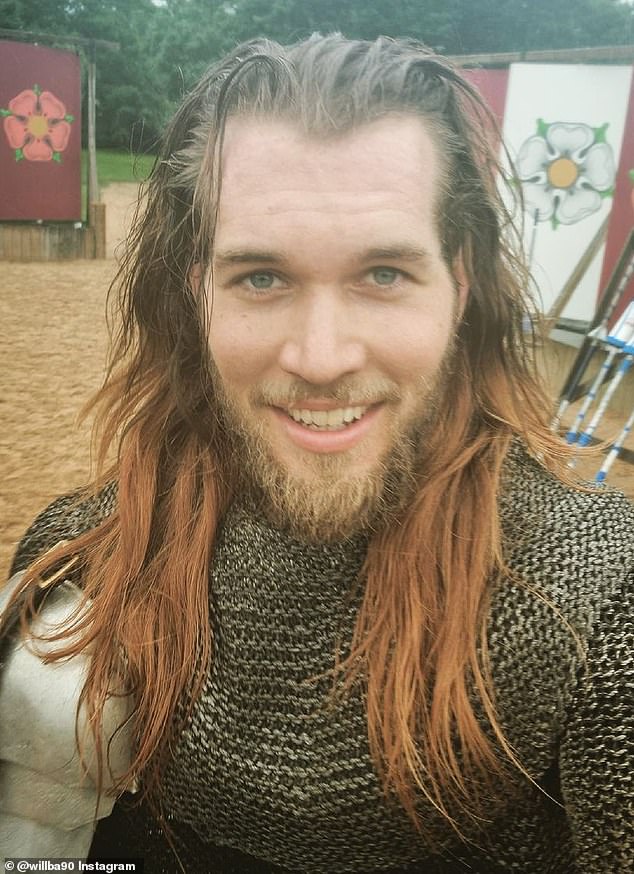 But he added: ‘But in these sort of times where we’ve had so much negativity around, it’s nice to have something positive coming from it all.

‘And if there are people out there that wanted to come and see the show, we’re running on Friday, Saturday, Sunday this week.’

Host Vernon also asked Will whether he had noticed a different reaction from the audience when he’s performing since the video went viral.

He revealed that more of the mums ‘come closer to the front’ to watch him now. 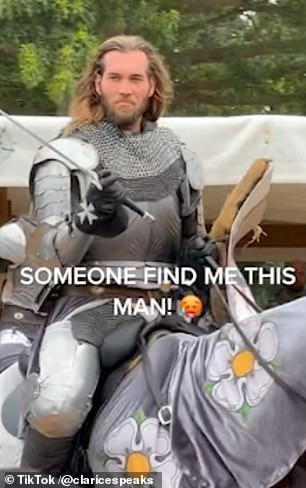 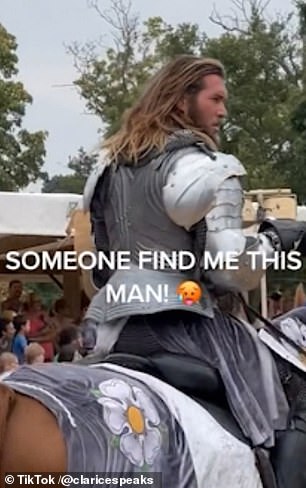 The video of Will at work has garnered more than a million views, with social media users saying he looks like Chris Hemsworth

When the initial TikTok video was posted online by @addisonclarice, it garnered more than a million views, and some 2,200 comments.

One new fan of Will wrote: ‘Oooh. He’s like the missing Hemsworth.’

Another added: ‘never in my life have I been so jealous of a horse!!’

And a third said: ‘Respectfully. he is stunning.’