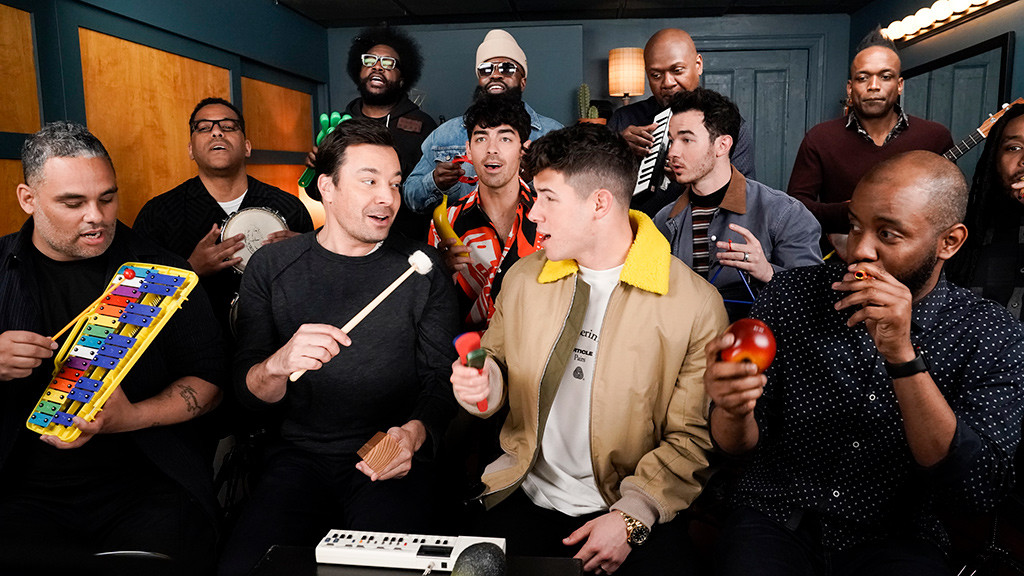 The Jonas Brothers teamed up with Jimmy Fallon and The Roots to perform a special rendition of their hit single for Monday’s episode of The Tonight Show. But instead of rocking out on their guitars, the trio broke out a few classroom instruments.

Even The Roots members traded in their band instruments for these classroom alternatives. For instance, Questlove played the clapper, Kamal Gray played the xylophone and James Poyser played the melodica.

“Sucker” appears on the JoBros’ new album, Happiness Begins, which dropped last week. However, fans have been rocking out to the single and its corresponding music video since February.

To hear this brand-new version of the chart-topper, check out the video.

(E! and NBC are both part of NBCUniversal).