When you have to keep repeating yourself over and over again, sometimes it’s best to just put it all on paper once and for all. That was the impetus behind Regina Jackson and Saira Rao’s new book White Women: Everything You Already Know About Your Own Racism And How To Do Better.

In 2018, Rao, the daughter of Indian immigrants, was running for Congress in Colorado. Her entire campaign was based on antiracism. And time after time, whenever she spoke, white women would line up around the corner to speak to her. They wanted to assure Rao that they were one of the good ones. They weren’t racist.

After the congressional race, Jackson and Rao continued their partnership. “We got so tired of having the same conversation and answering the same questions that we just decided to document it and put it in a book and give it to white women,” Jackson explains. 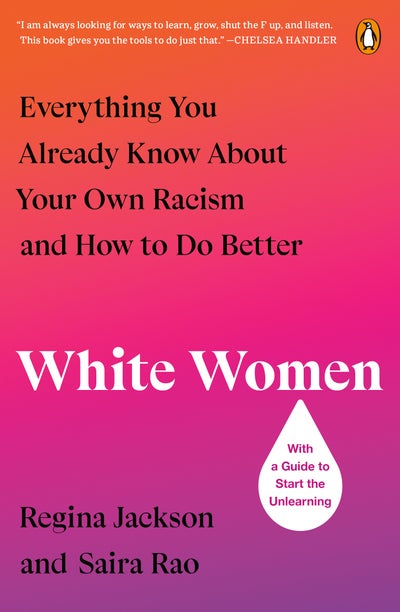 But before the book, Rao and Jackson hosted dinners. They started with a white woman who Rao dubbed Becky. Becky, convinced that Rao hated all white people, wanted Jackson to organize a get-together so that she could tell Rao that she was done supporting her campaign. Rao agreed but with a caveat.

“I said, ‘You know Regina I have a list of white ladies who’ve asked for lunches or dinners. If you come with me, we’ll put this dinner together.”

Instead of an evening of Becky-venting, the dinners were an opportunity for Rao and Jackson to tell white women about themselves. They also charged for the dinners: $2,500 a pop. And there was one rule: no crying.

“We put this dinner together and it was a full Broadway production — White Women: The Musical,” Rao explained. “Arms folded, eyes rolled, pacing around the table. And we just posted about it on Facebook the next day and it went viral.”

From there, Race to Dinner was born. The dinners were so powerful and so unique that Jackson and Rao created an entire documentary around them: Deconstructing Karen. You may have seen the viral clip from the doc where Jackson asks the white women attendees, “How many of you would trade places with a Black person in this society?”

In the clip, you can see that the dinner guests struggle a bit with these truths. Rao says it’s because the pinnacle of white women’s life is being “nice” and “good.”

“And what’s less nice or good than being called a racist?,” Rao asks rhetorically. But just because white women don’t want the label, doesn’t mean they’re not aware of their beliefs,” Rao explains.

“Ultimately, white women know they’re every bit as racist as their husbands and sons and brothers. They just don’t want to besmirch their image of being perfect, good and nice.”

Deconstructing Karen, currently streaming in Canada, is coming to the United States the week before Thanksgiving. Jackson says the timing is entirely by design. “Everybody has a Karen coming to Thanksgiving.”

“It’s actually taking the safe space of the dinner table and subverting it,” Rao adds. “That’s exactly where you need to have that conversation. Once you see it on film and read about it in our book, you, too, can do it.”

Chances are if you’re reading this, you’re not a white woman. So what does this book about white women’s racism have to offer Black women who know it all too well? Two things, according to Jackson: affirmation and empowerment.

“Women of color come up and they just thank us,” Jackson says, noting they often share they feel validated by the words on the page.

Rao and Jackson’s favorite chapter is about white women in the workplace. “If you work in a white institution, establishment or corporation, white women come after you aggressively, Jackson explains.  “They want to be able to control what you do, what you say and how you dress.”

Instead of having these experiences invalidated, dismissed or denied by upper management, White Women proves that these occurrences are happening systematically.

“We interviewed Black, Indigenous, Latina, Asian women, all across the country, all different professions,” Roa explains. “Different places, different jobs, same exact story. It’s typically painted like we have the problem. We’ve got a bad attitude. This shows– it doesn’t tell– that it’s systemic, it’s institutional, it’s vile and it infects every white institution in America.” 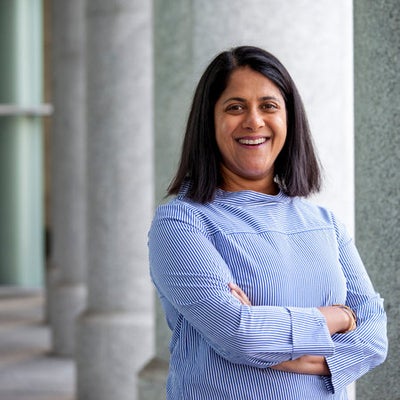 The book also serves as a reminder that we’re living in a time where we can and should be honest about the racism we experience.

“One of the reasons I love Saira is that she gave me, a Black woman, permission to say what I needed to say,” Jackson says. “I don’t think any Black people of my generation–we didn’t speak up. We didn’t say what Saira says. And now, I do. I think that’s what we’re giving to women of color. You can speak up. You do not have to tip-toe around white people any longer.”

While the mainstream media, including everyone from Fox News to Bill Mahr, have responded to Jackson and Rao’s work with high-level trashing and dragging, with one pundit likening it to Pearl Harbor, the people who get it. They are the ones who have historically acted as the moral compass of this country.

“You know who came to our rescue?,” Rao asks. “Black women. Black women, as always, shared and shared.”

Rao and Jackson are clear that it’s time for others to use their voices similarly because silence will never save you. Rao feels that message especially applies to her community.

“I’m Asian so I talk about my institutional antiBlackness,” Rao shares. “Asians have to drop this model minority bullsh-t that’s hurting us and hurting Black people. I’m asking my own community what we’re asking white women to do, which is stop caping for whiteness and white supremacy.”

Instead of attempting to run from words like “racist” and “white supremacy,” Jackson encourages all people, including Black people, to get comfortable with the work of dismantling the antiBlack ideologies that can show up for all of us.

“All we’re saying is, it’s work,” she adds. “If you’re going to be in this antiracism space, it is work. It’s never-ending. You can take a break. But you’ve got to do–it starts with the inner work.”

White Women: Everything You Already Know About Your Own Racism And How To Do Better is available now.