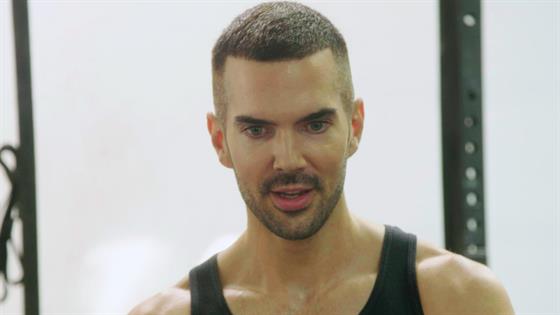 Owen Pierson feels overlooked and excluded from the family brand in this confrontational clip from Sunday’s new Nat & Liv, despite his cousin Joel Halcro‘s attempts to convince him that’s not really what’s going on here. The clip finds Olivia Pierson and Natalie Halcro‘s respective brothers (plus Liv’s younger sister Sophia Pierson) discussing the ladies’ upcoming photo shoot and stepping all over each other’s toes in the meantime.

“To be honest, it kind of bugs me that you don’t include me,” Owen tells Joel, after learning that Nat and Liv had asked the Halcro bro to photograph them yet again, knowing full-well that Owen is a photographer too. “You don’t tell me you’re gonna do these shoots,” the Pierson sibling continues. “And then I find out later and I’m like…”

“Yeah, but they’re not my shoots!” Joel argues, adding that he’s been “shooting Natalie since she started on all of this” and their partnership just comes naturally now.

Owen’s been sharpening his own skills these last few years though—acting as the primary creative eye behind Sophia’s popular social media account—and thinks that should probably count for something.

“I just feel like you guys discredit me often,” he tells Joel, who reiterates it’s not personal, just logistics.

“No one’s trying to hurt your feelings, it’s just that we work really fast together,” Joel replies. “I’m not saying that you’re not capable of that, it just worked out that way. No one’s intentionally trying to leave you out.”

Not even Sophia, who chimes in at the clip’s end to ask if she might also solicit Joel’s photography talents for her own Instagram page.

“Ew! What the f–k?!” Owen exclaims, while Joel happily boogies away.

“You’re so mad for nothing,” Sophia tells her brother. “It’s a family business, honey. Get used to it.”

Watch their conversation unfold in the clip above!