House prices may have risen after the 2019 election, but this time around a post-vote downturn is expected as mortgage holders face the first of many interest rises after they go to the ballot box on May 21.

Not all areas of the country are expected to see price corrections, though, with more affordable regional centres and the Brisbane and Adelaide markets likely to hold steady, experts say. 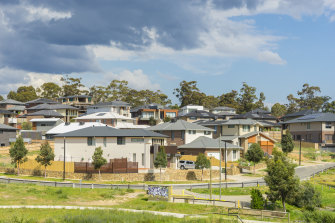 House prices in many parts of Australia are expected to cool post-election. Credit:iStock

Brendan Coates, the economic program director with the Grattan Institute, said the post-election housing market this year would be the opposite of 2019, which saw the end of an 18-month downturn when Scott Morrison was re-elected in a “miracle” win.

However, it wasn’t Morrison’s re-election that caused property prices to rebound, it was the Australian Prudential Regulation Authority’s [APRA] easing of the lending rules it had tightened after the findings of the Financial Services Royal Commission, which led to the market strengthening, Coates said.

This election, predicted interest rate rises – the first of which is expected just weeks after the vote – will result in buyers’ budgets being squeezed, lowering what they can offer at auction or private sale in subsequent months.

Vendors who have held back from listing due to the pandemic are putting extra stock on the market and cutting the competitiveness that once meant prices would rise.

“Interest rates rising will affect all housing across Australia,” Coates said. “There’s new data [from the Reserve Bank of Australia] showing that if interest rates increase by 2 percentage points, house prices will reduce 15 per cent.”

But it’s not happening in all markets across the country.

“What’s happening at the moment is there is a real two-speed market going on, where prices have flatlined in Melbourne and Sydney but are still growing really strongly in Brisbane and Adelaide,” Coates said.

He said prices in regional cities, where people fled during the pandemic, were likely to endure given their relative affordability and the opportunity for people to still work from home. 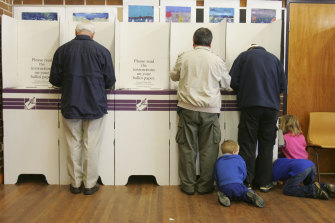 Coates said major policy changes for the housing market were taking a back seat compared with 2019.

The ALP, led at the time by Maribyrnong MP Bill Shorten, pushed for changes to capital gains tax and negative gearing for investment properties, but current ALP leader Anthony Albanese has publicly axed any such changes.

Though the incumbent Morrison had extended the Home Guarantee Scheme, which offers first-home buyers a way into the market with just a 5 per cent deposit, it’s not expected to change the outcome for the market after the election.

“It’s not really addressing the issues that vulnerable Australians face to afford to buy and rent – it’s not going to drive big changes,” Coates said. 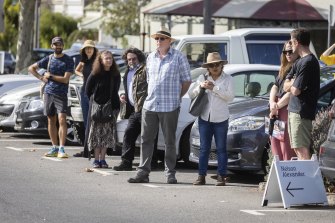 Once interest rates rise, some buyers will have a smaller budget to go to market with.Credit:Paul Jeffers

CoreLogic head of research Tim Lawless said the lack of policies dealing with housing issues was surprising, given how much people, particularly young people, were focused on housing affordability.

“While parties have acknowledged it, I thought there would have been more around housing,” Lawless said.

He believed the housing market would continue its downturn after the election, given it was already softening.

Lawless said one of the housing markets to be directly affected by the election would be Canberra’s, where nervous public servants employed by the current government were waiting to see whether they would still have a job after May 21.

“There won’t be a lot of difference to other markets except on the voting weekend, where there will be fewer auctions,” he said.

Domain chief of research and economics Dr Nicola Powell said prices in Sydney would ease more than those in Melbourne given the extraordinary leap in prices in the harbour city over the past two years.

Powell said the predicted post-election interest rate rises would be extremely difficult for those who had taken out big loans to get into the market.

“Four or five interest rate rises are being predicted by the end of 2023,” she said. “That will be extremely confronting for mortgage holders, especially those who are mortgaged to the hilt, like first-home buyers who have really stretched to get into the market.”

Most Viewed in Property