It’s been 30 years since Home Alone premiered on November 16, 1990, but the beloved holiday film has never waned in popularity, inspiring four sequels as well as an upcoming reboot.

The film took in more than $470 million at the box office and launched Macaulay Culkin’s career as a child actor. He was just 10 years old when he took on the role of Kevin McCallister, a prankster who cleverly defended his family home from burglars after being accidentally left home alone for the holidays.

Home Alone was written and produced by John Hughes and directed by Chris Columbus, who also joined forces for Home Alone 2: Lost in New York, the movie’s sequel starring Macaulay. 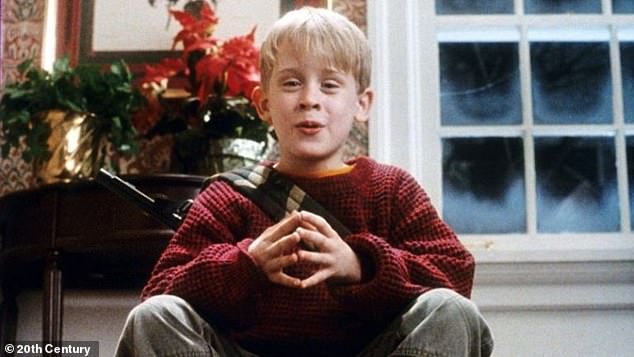 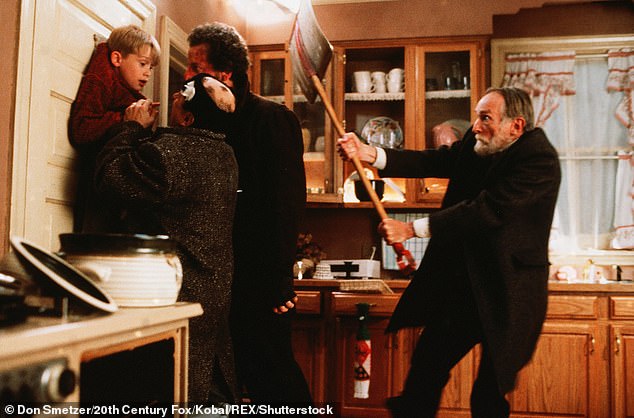 Hijinks: In the movie, prankster Kevin McCallister cleverly defends his family home from burglars after being accidentally left home alone for the holidays

From 1997 to 2012, three more films starring other actors were added to the franchise, though none of them were as popular as the original.

In 2019, Disney chief Bob Iger announced that an upcoming Home Alone reboot is in development for the company’s new streaming service Disney+, saying the film will be ‘reimagined for a new generation.’

Columbus slammed the remake during an interview with Insider, chiding the studio for its lack of originality.

‘Nobody got in touch with me about it, and it’s a waste of time as far as I’m concerned,’ he said. ‘What’s the point? I’m a firm believer that you don’t remake films that have had the longevity of Home Alone. You’re not going to create lightning in a bottle again.’

Many older fans seem to agree that nothing will beat the original or its stars, forever associating Home Alone with Macaulay. Here, FEMAIL takes a look at what the cast has been up to since Kevin thwarted Harry and Marv — and how much they’ve changed in three decades.

After the first Home Alone film rocketed Macaulay Culkin to stardom at the age of 10, the talented child actor conquered a variety of roles, from the benevolent billionaire in Richie Rich to the psychopathic, murdering terror child in The Good Son.

He became a millionaire by the time he turned 12 and is still recognized as one of the biggest child stars of his generation, though he stayed out of the limelight for much of the late 1990s.

‘It started feeling like a chore,’ he told Esquire in a profile published in February 2020. ‘I started vocalizing that and not being heard: I was saying, “I wanna go to school “– I haven’t done a full year of school since first grade.’

Macaulay was just 18 when he married Rachel Miner. They broke up in 2012 after four years together. He then dated actress Mila Kunis from 2002 to 2010, with the beginning of their relationship starting right around the time he returned to acting.

His first movie role in the 2000s was a part in the 2003 film Party Monster, and a year later he appeared in the movie Saved! starring Mandy Moore.

The majority of his onscreen appearances since have been cameos with the exception of a handful of movie roles. One of his biggest acting role of the past decade was his voice work for the animated comedy Robot Chicken. 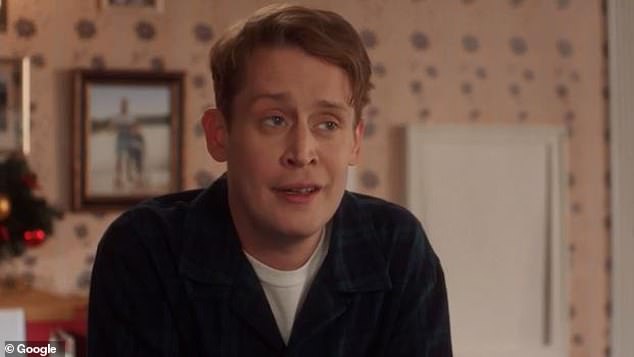 Now and then: In 2018, Macaulay reprised his role as Kevin in a commercial for Google Assistant 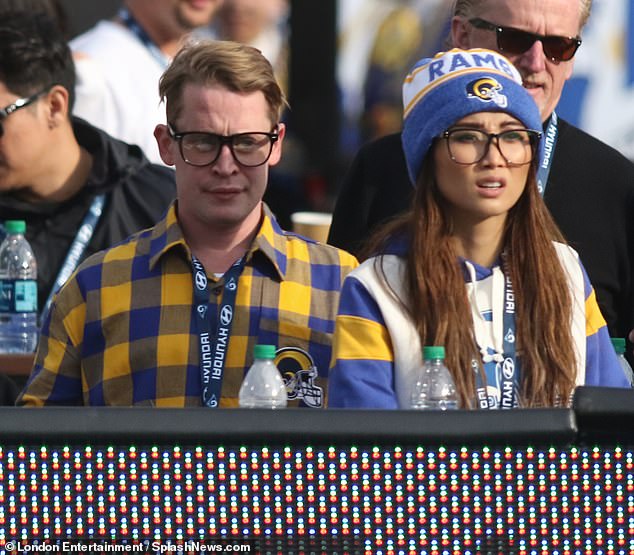 Happy: Macaulay found love with fellow child star Brenda Song from The Suite Life of Zack & Cody in 2017 after they appeared in Seth Green’s film Changeland together

In 2013, he started a pizza-themed Velvet Underground cover band called Pizza Underground, which played a series of shows across the US and the UK.

Macaulay has certainly earned more attention for his off-screen antics than for his on-screen roles. The actor, who is now 40, reportedly struggled with drug addiction, though claimed his troubles were greatly exaggerated.

‘I played with some fire, I guess is the best way to put it. At the same time, I’ve never been to rehab or anything like that. I’ve never had to clean out that way,’ he recently told Esquire, adding that while he still drinks and smokes, he no longer does drugs recreationally.

Macaulay found love with fellow child star Brenda Song from The Suite Life of Zack & Cody in 2017 after they appeared in Seth Green’s film Changeland together.

In 2018, he launched a comedy website and podcast called Bunny Ears. Later that year, he reprised his role as Kevin McCallister in a commercial for Google Assistant, which went viral. Macaulay was most recently cast in the upcoming tenth season of American Horror Story.

He is also rumored to be making a cameo in the Disney+ reboot of Home Alone starring Archie Yates, Rob Delaney, and Ellie Kemper, with The Sun reporting he is getting paid $3.3 million for the appearance. 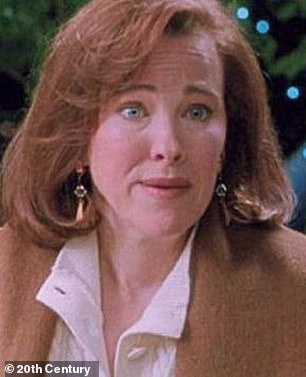 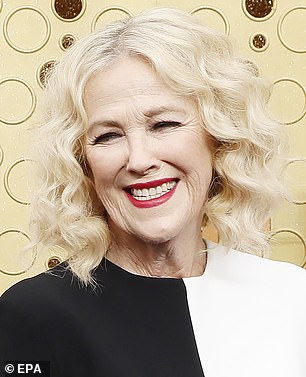 Still got it: Catherine O’Hara played Kevin’s devoted — albeit forgetful — mother in the movie. The 66-year-old actress has steadily worked over the past 30 years 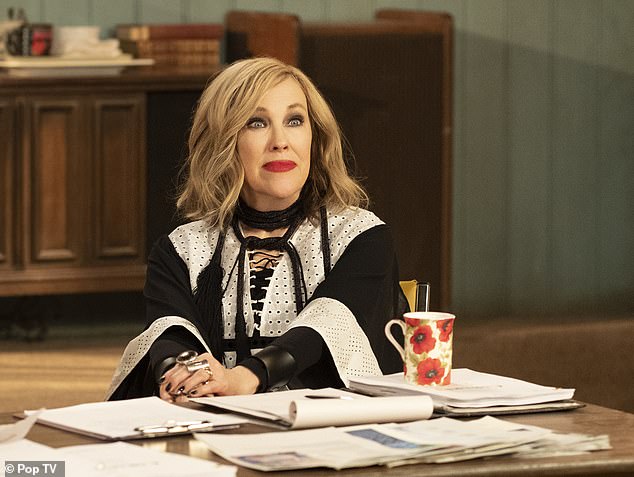 Big moment: Earlier this year, Catherine one her first Emmy for acting for her role as Moira Rose in Schitt’s Creek

Catherine O’Hara was well-known for her roles before Home Alone hit theaters, having appeared in 1988’s Beetlejuice, but, for some, she’ll always be Kevin’s devoted — albeit forgetful — mother.

She has worked steadily since Home Alone debuted, including roles in Waiting for Guffman, Orange County, and voice work on Tim Burton’s Frankenweenie.

In 2000, she starred in Best in Show with her longtime friend Eugene Levy, who would later cast her as his wife Moira Rose in the comedy Schitt’s Creek.

Catherine, now 66, played the washed-up soap opera actress from 2015 to 2020 on the show, which Eugene created with his son Dan Levy.

At the Emmys Awards earlier this year, she was named lead actress in a comedy series, winning her second Emmy and first for acting. 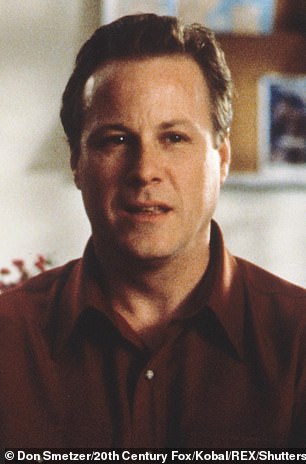 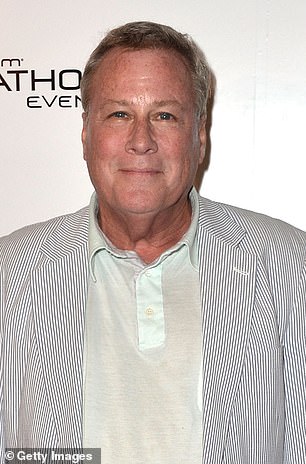 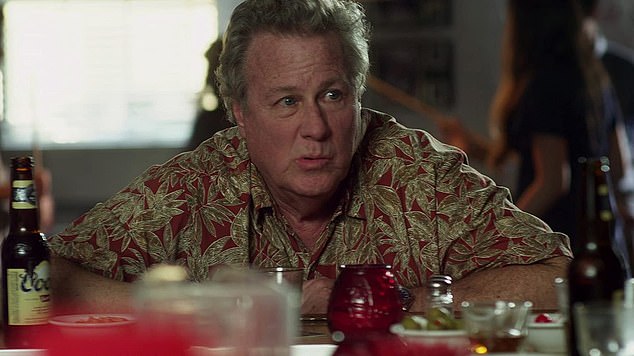 Flashback: John starred in 2013’s infamous made-for-TV film Sharknado (pictured). He was still acting when he died of a heart attack in July 2017, at the age of 71

John Heard had already appeared in the 1998 movies Big and Beaches before he took on the role of Kevin’s dad in the first two Home Alone films.

He worked steadily throughout his career, and following Home Alone’s release in 1990, he scored roles in The Pelican Brief, Before and After, and Snake Eyes.

Years later, he made appearances in popular television dramas, including The Sopranos and Prison Break. He also starred in 2013’s infamous made-for-TV film Sharknado alongside Tara Reid. 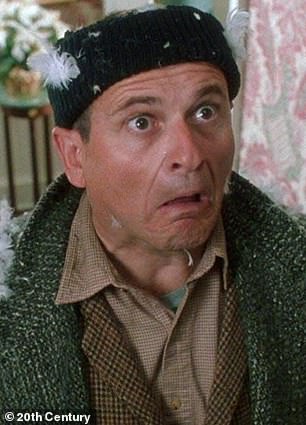 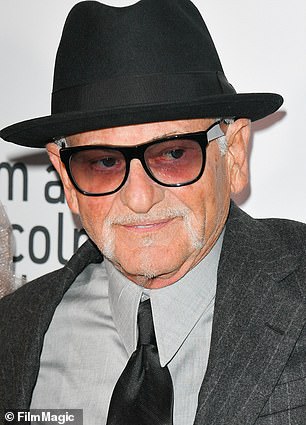 Moving on: Joe Pesci played burglar Harry Lime in Home Alone and continued to act up until the late 1990s 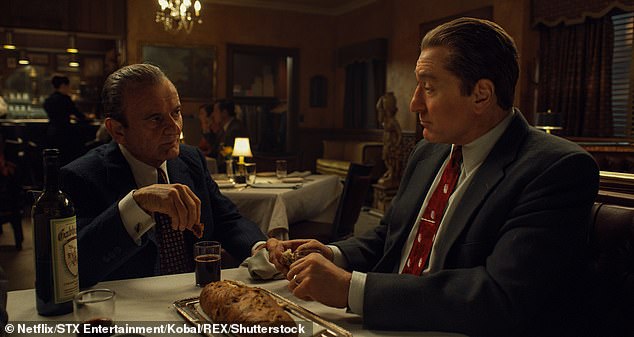 Good choice: Joe, who is now 77 years old, came out of retirement to star in the 2019 film The Irishman, which earned him an Oscar nomination

Unlike many of the other actors in the film, Joe Pesci was already a massive star, best known for his portrayal of Tommy DeVito in Goodfellas, which came out just months before Home Alone.

In 1991, he won the supporting actor Oscar for his role in the crime drama directed by Martin Scorsese.

Despite other successful roles in films such as Casino, My Cousin Vinny, Gone Fishin’, and Lethal Weapon 3 and 4, the actor kept out of the limelight after 1999, announcing his retirement from acting to focus on his music career.

Joe, who is now 77 years old, came out of retirement to star in the 2019 film The Irishman, which earned him an Oscar nomination. 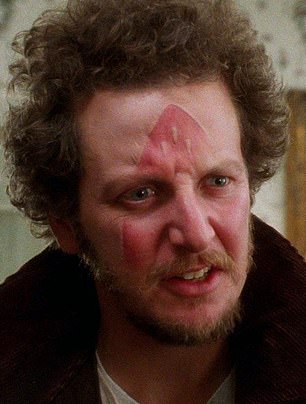 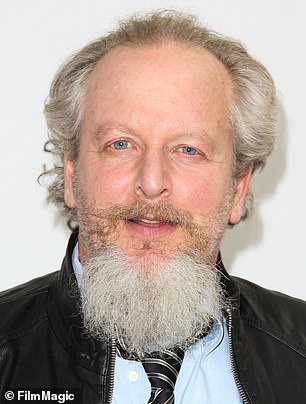 Remember him? Daniel Stern took on the role of Harry’s sidekick Marv Merchants in the 1990 film. He has continued to act in film and television over the past three decades 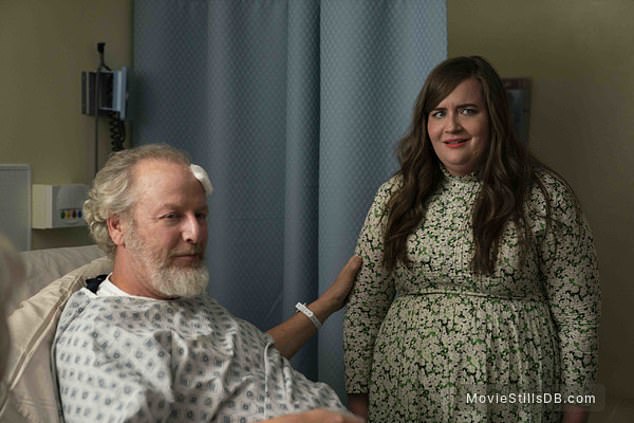 New role: Daniel, who is now 63, plays Bill, the father of lead Annie (Aidy Bryant), in the Hulu series Shrill

After playing Joe Pesci’s onscreen partner in crime, Daniel Stern has maintained regular work in film and TV, though his memorable turn as Marv in the Home Alone series is arguably his most famous.

During and following the years of Home Alone, he served as the narrator for the popular series The Wonder Years starring a young Fred Savage.

Daniel, who is now 63, recently appeared in the 2019 film James vs. His Future Self.

He also plays Bill, the father of lead Annie (Aidy Bryant), in the Hulu series Shrill. The second season of the show premiered in January.

Shrill was renewed for a third season earlier this year. 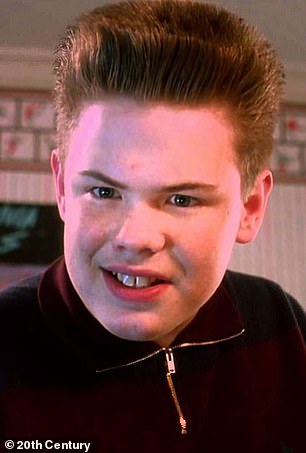 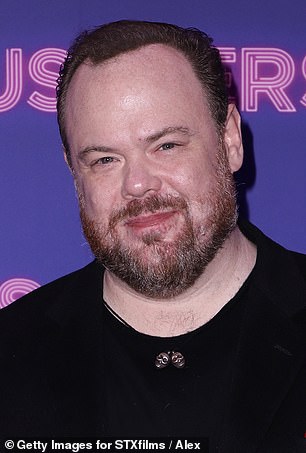 What a character: Though his role as the awful, bullying big brother Buzz in Home Alone was his most enduring role, Devin Ratray has appeared in plenty of films 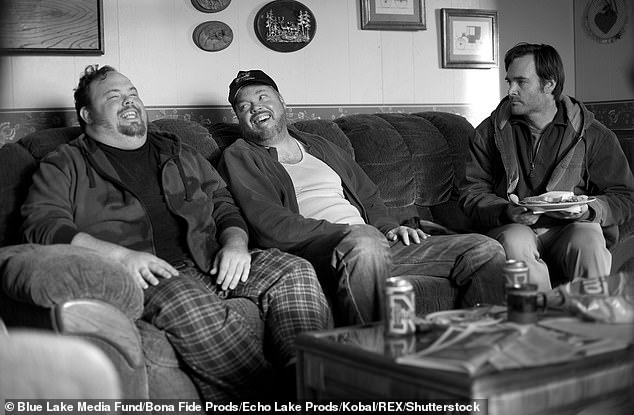 Important work: In 2013, he appeared in the Oscar-nominated film Nebraska (pictured)

Though his role as the awful, bullying big brother Buzz in Home Alone was his most enduring role, Devin Ratray has appeared in plenty of films.

The child actor, who started working in the late ’80s, was just 13 when he appeared in Home Alone.

He went on to become a regular on MTV’s reality series Damage Control and starred in episodes of Law & Order, Law & Order: Special Victims Unit, and Supernatural.

Like several of his former cast-mates, Devin has also ventured into music. In addition to his acting career, Devin sings and plays guitar in a band called Little Bill and the Beckleys.

In 2013, he appeared in the Oscar-nominated film Nebraska. He also recently had a minor role in the 2019 film Hustlers. 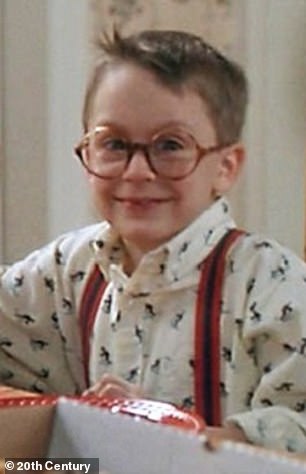 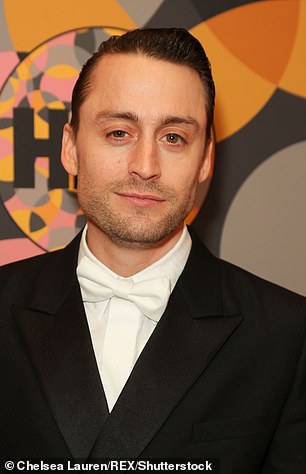 Making a name for himself: Macaulay Culkin’s younger brother Kieran Culkin earned his first film credit for playing Kevin’s dorky cousin in Home Alone, now he’s a star in his own right 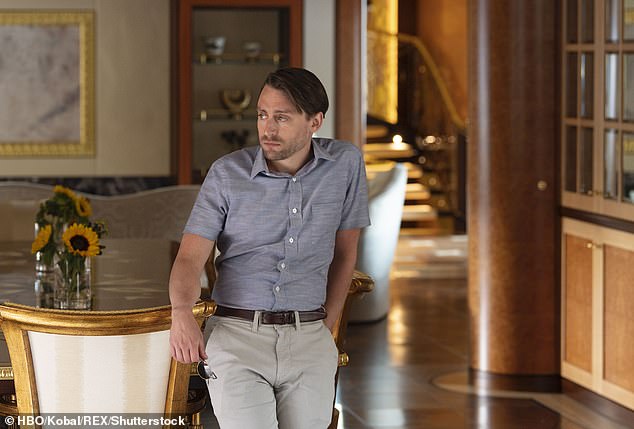 Success: These days Kieran’s best known for his role in the HBO series Succession, which earned him two Golden Globe nominations

After playing the little brother of Laney Boggs (Rachel Leigh Cook) in the 1999 teen flick She’s All That, he turned to more serious parts.

His leading role in 2002’s Igby Goes Down opposite Claire Danes, Amanda Peet, and Ryan Phillippe earned him a Golden Globe nomination.

His other film credits include Scott Pilgrim vs. the World, Music of the Heart, and The Mighty. He also appeared in the second season of the television adaptation of Fargo, but these days he’s best known for his role in the HBO series Succession. 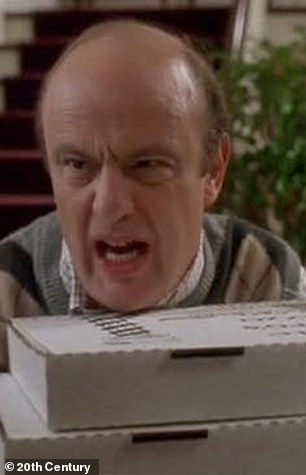 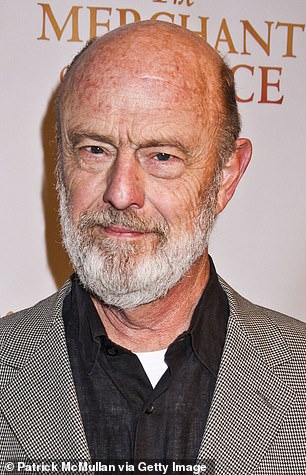 Retired? Gerry Bamman’s role as Kevin’s grumpy Uncle Frank is arguably one of his most famous. The actor, who is now 79, appears to have stopped acting in 2015 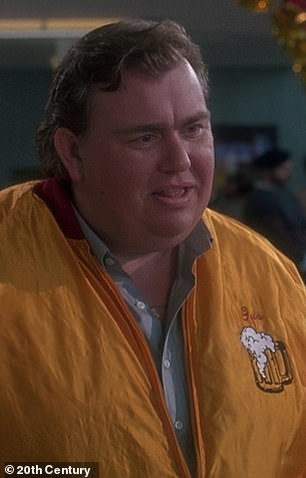 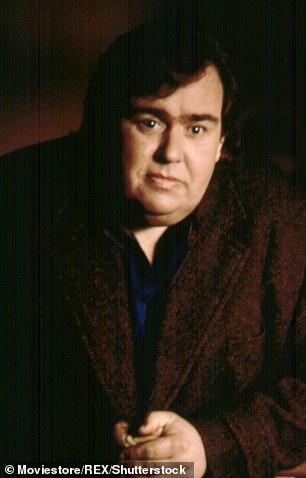 Looking back: John Candy had a minor, yet important, role as Gus Polinski in the holiday film. The actor died of a heart attack in 1994 at age 43

Gerry Bamman’s role as Kevin’s grumpy Uncle Frank, whom he played both in Home Alone and in Home Alone 2, is arguably one of his most famous.

However, the actor, who is now 79, has made a number of film and television appearances since his Home Alone Days, working steadily up until 2015.

He’s had supporting roles in a variety of hit TV series, such as Law & Order, Sex and the City, Damages, and The Good Wife.

Gerry’s last film credit was for his appearance in the crime series The Following five years ago, according to IMBD.

John Candy had a minor, yet important, role as the ‘Polka King of the Midwest’ in Home Alone. His character Gus Polinski helps reunite Kevin with his mother, making for a happy ending.

He actually starred alongside Macaulay Culkin in the 1989 film Uncle Buck before they were reunited on the set of the holiday film.

John appeared in a number of comedies throughout his career, including Spaceballs and Cool Runnings.