Things are heating up! Tori Spelling took to Instagram on Wednesday, June 5, to reveal the actor who will be playing her husband on the Beverly Hills, 90210 quasi-revival, BH90210.

“Excited to announce that @ivansergei will be playing my hubby on @bh90210,” the Mommywood author, 46, wrote alongside a meme that showed an altered version of her and Sergei, 48, from a previous film. “Well, Tori’s hubby so don’t panic Donna & David fans ? Welcome to the family!”

Spelling added in excitement: “This will be the 2nd time Ivan and I have worked together ( and in Vancouver!). We starred together 20 +years ago in the TV movie #MotherMayISleepWithDanger #bh90210 #reunited.”

Excited to announce that @ivansergei will be playing my hubby on @bh90210 … Well, Tori’s hubby sodon’t panic Donna & David fans ? Welcome to the family! – This will be the 2nd time Ivan and I have worked together ( and in Vancouver!). We starred together 20 +years ago in the TV movie #MotherMayISleepWithDanger#bh90210 #reunited

The Break-Up actor will portray Nate, an ex-hockey player looking to pursue a career as a professional sports announcer, according to Deadline. Spelling broke the news in February that she and many of her former costars from the hit ‘90s show would be reuniting to film a fun spin on the original series.

“It is the OG crew back together, and we’re playing heightened versions of ourselves,” the True Tori alum told to Access Live at the time. “The fans will be pleasantly surprised, though, because we will intercut that with scenes from the show. So it’ll be a whole ensemble cast.” 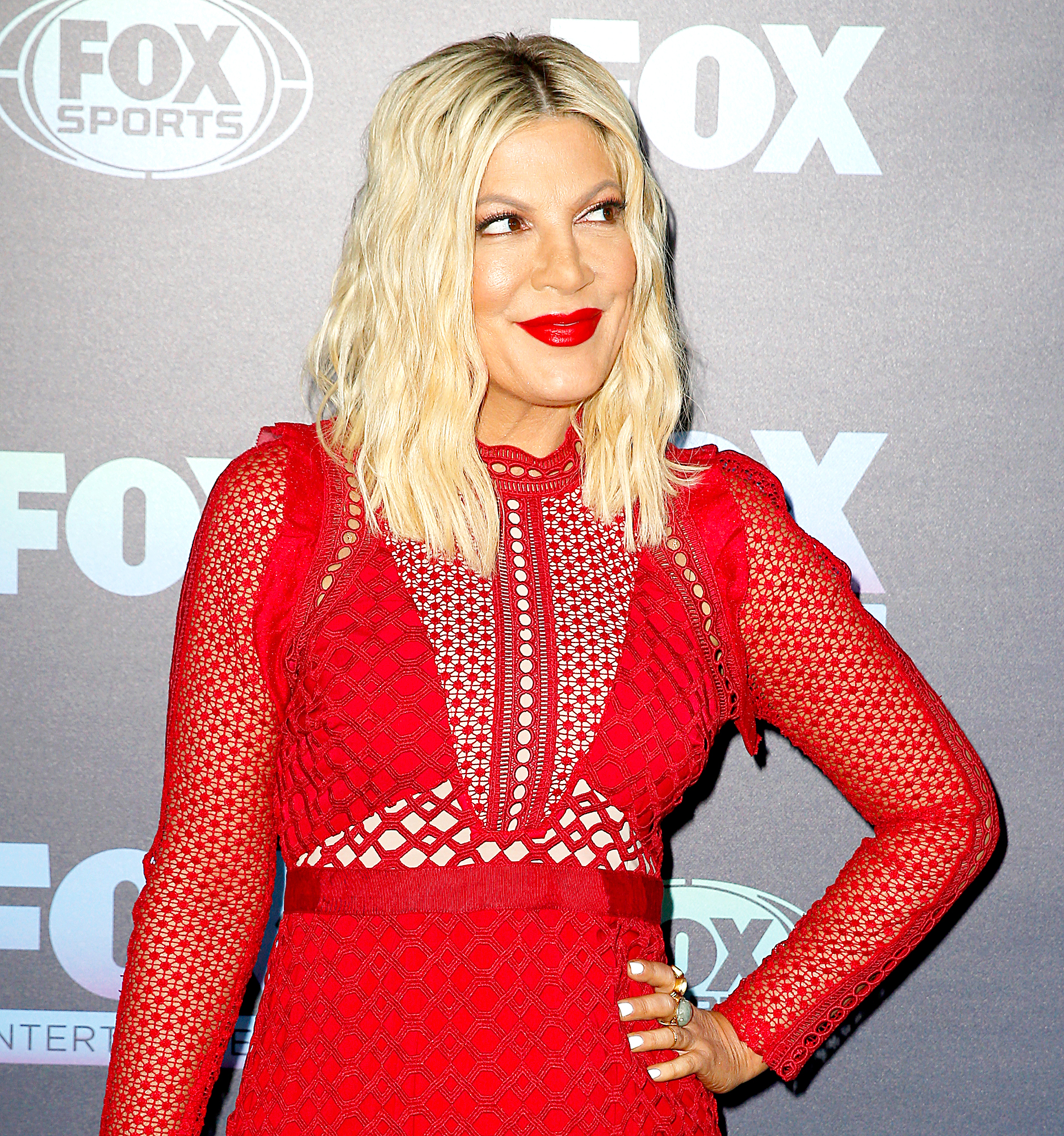 Later that month, Spelling dished to Us Weekly about going back to work on the show. “We are all so excited to go back to work together because it’s like family coming back together,” she gushed. “It’s like going back to a high school reunion, but then like never leaving each other again.”

The original series — which ran for 10 seasons from 1990 to 2000 — also starred the late Luke Perry (Dylan McKay), who died at age 52 following a massive stroke in March.