Years before his books were read by millions of people around the world, Australian author Matthew Reilly dreamed of making Hollywood blockbusters. As a child he would choreograph dramatic scenes with his Star Wars action figures.

“When I saw the scene where Luke Skywalker is made to walk the plank near the Sarlacc Pit on Jabba’s barge… that was the moment,” he says. “The DNA of those movies [from the ’80s] was imprinted on my creative brain.”

Forty years and 18 novels later, Reilly’s lifelong ambition will soon be fulfilled thanks to a deal with Netflix. The global streaming giant has snapped-up an original screenplay the bestselling author co-wrote with local screenwriter Stuart Beattie, whose credits include Pirates of the Caribbean: The Curse of the Black Pearl and Tomorrow, When the War Began. 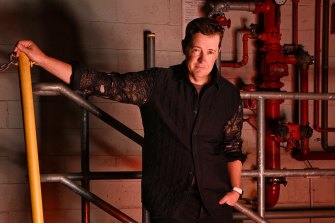 Interceptor is set to star Australian actor Luke Bracey (Hacksaw Ridge) and Spanish actor Elsa Pataky (The Fast and the Furious franchise) and will be shot in New South Wales. The film tells the story of an army lieutenant who must draw on her tactical training and military expertise to save the world after sixteen nuclear missiles are launched at the United States. Reilly will also make his directorial debut with the film.

The announcement is made sweeter by the fact that Reilly has sold film rights for several books over the years, including Ice Station and Hover Car Racer, but for various reasons the projects never got off the ground. 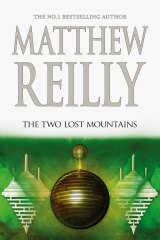 But the author, who owns a life-sized replica of Han Solo frozen in carbonite and a DeLorean DMC-12 – the car made famous from the Back to the Future franchise – has never been one to give up. He famously self-published his first book, Contest, in 1996 after it was rejected from all the major publishers. He was just 22 years old.

One day a commissioning editor for Pan Macmillan Australia wandered into Angus & Robertson’s Pitt Street Mall store and bought a copy of Contest. It was the big-budget looking cover that caught her eye. The rest is history. Highly-decorated history, in fact: Reilly’s books have been published in more than 20 languages and sold more than 7 million copies worldwide.

His novels are adrenaline-fuelled page turners filled with explosions, high-powered weapons and – at times – mutated animals with a hunger for human flesh. His titles dominated the bestselling Australian fiction lists throughout the 2000s. Recent titles have been no different.

“I could have said they were right [about Contest] and not do anything more,” Reilly says. “But I honestly thought it had the goods. If I have one talent in my life it is perseverance. That’s it. I’m not going to say I’m the best writer who has ever touched a keyboard because I’m not.”

Reilly has also endured great personal tragedy. In 2011, his wife Natalie died while he was on a book tour. In the months that followed he thought he would never write again (his most recent novel, The Two Lost Mountains, was released in October last year).

“I view myself as anybody who’s suffered the loss of a spouse or loved one,” Reilly says. “You have to grieve. It travels with you but you still have to keep living with yourself.”

And what can people expect from his first-ever foray into film?

“[Interceptor is] uncompromising, relentless, super fast and visceral,” he says. “Hopefully when people watch it they say, ‘That was insane.’ My books have always existed on the outer limits of outrageous believability. This is a far more real story, but it will have that [same] pace and intensity. And it’s got some pretty original action in the fight scenes.”

Interceptor is currently in pre-production. Netflix has not yet announced a release date.