Taylor Rees clung to the ice, one slip from the abyss. It was dark—Arctic winters mostly are—and fierce winds and sleet whipped in all directions. She and her team, including her boyfriend, Renan Ozturk, had been climbing out of a steep snow-and-rock gully in Iceland when Taylor veered from the group and found herself in a steeper section. Disoriented, she froze.

Renan called down to Taylor, assuring her that she could do this. He maneuvered close enough to take her 70-pound backpack and hand her an ice tool. Her foot slipped and she pressed hard against the rock, eyes shut. “You have to trust me,” said Renan. “Open your eyes and find your verticality, and then you gotta climb out.”

And Taylor did trust him. They’d been in dire situations before, like the time they nearly ran out of food in the Burmese jungle. If she’d been alone or with anyone else, she wonders if she’d have crumbled. But she was with Renan. “I trusted him, took a minute, and climbed out,” she says.

Taylor, 32, and Renan, 38, are exceptional — filmmakers and adventurers who climbed the Grand Teton on their first date and returned there for their wedding ceremony five years later in 2016, several months after the Arctic expedition. And they’re proof of what psychologists and countless couples know: Adventure is a romantic accelerant, the way it exposes your vulnerabilities and brings you closer. (Death risk not required; a roller-coaster ride can also work.) The outdoors is a great way to get to know somebody—and yourself. Try it this summer.

Climbers quickly develop the attributes of tight couples: trust, support, patience, communication, and teamwork, along with forgiveness, humor, and other pieces of emotional gear to grind through tough spots. All of it can help you forge a happier, hotter relationship, wherever your base camp is.

Life-or-death moments have a way of sharpening communication.

Chris Weidner, 43, a climbing columnist, and his wife, Heather, 38, a professional climber, live in Boulder. “We put our lives in each other’s hands,” Chris says. “When we belay each other, we put our emotions aside. Our moods don’t matter much. Whether we’re arguing or flirting, we keep each other safe.” They’ve found that skills developed on the rock—like problem solving and clear communication—work in everyday spats too. “I don’t know how other couples get past these things, but for us, climbing works.”

The lexicon on the mountain is precise. “Like police or fighter-jet pilots, serious climbers train to recognize words and signals so they don’t waste time interpreting them,” says Stan Tatkin, Psy.D., M.F.T., a couples therapist in L.A. and author of Wired for Love. In fights, couples tend to react too quickly — the error-correcting parts of their brains can’t keep up, says Tatkin. That’s how misunderstandings turn into blowouts.

The field in real life is too broad to train for—but you can still cut your risk of a message misfire. Feel one of those everyday spats coming on? Stay close to your partner so you can hear and see her well. Face each other. And cross-check everything—“Did I hear you right?” “Did you mean this?” People rarely do that, because they assume their take is right, says Tatkin. Spoiler: It’s probably not.

“We put our lives in each other’s hands.”

Emily Harrington, 31, is a five-time national rock-climbing champion. She free-climbed El Capitan in Yosemite in six days—spidering up on her own power, using a rope only to protect against falls. In the world of climbing, that’s what’s known as a big freaking deal.

During that time, she and Adrian Ballinger, 42, slept on a portaledge, a 6-by-4-foot platform suspended from the rock. “You can’t get away from each other,” says Adrian. “Emily’s stress and tension were so high. All I could do was support her and take care of her bleeding hands and help make this experience. We learned a huge amount about each other just from that closeness and stress.”

On the mountain, you can’t just leave. At lower elevations, walking away is a lot easier. That’s a shame, because learning to weather stress together is vital for a relationship, says Lin Jovanovic, Ph.D., a psychologist and couples therapist in northern California. “Things happen, with kids, illnesses. Couples need to learn the skills to stay present during those shake-ups.”

Fight your urge to flee: Watch for signs you’re shutting down—speeding heart rate, shallow breaths, inability to focus, or an impulse to freeze up. Notice any? No need to pretend you’re trapped on a mountain. Go ahead and tell her you need a break, says Jovanovic. Calm down and then (here’s the important part) return to her. Over time, you’ll improve self-awareness and become adept at calming down and staying focused. 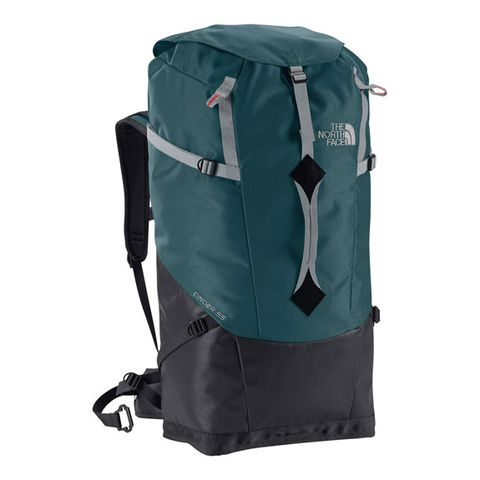 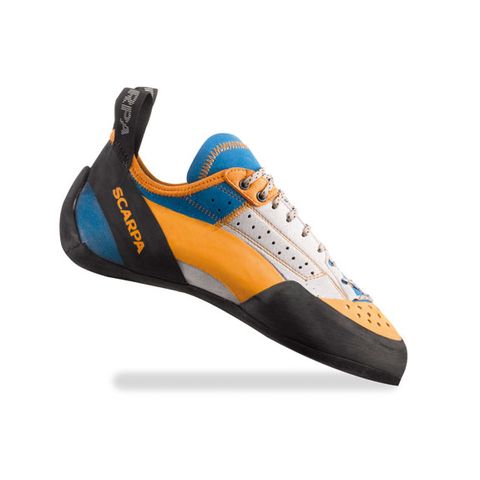 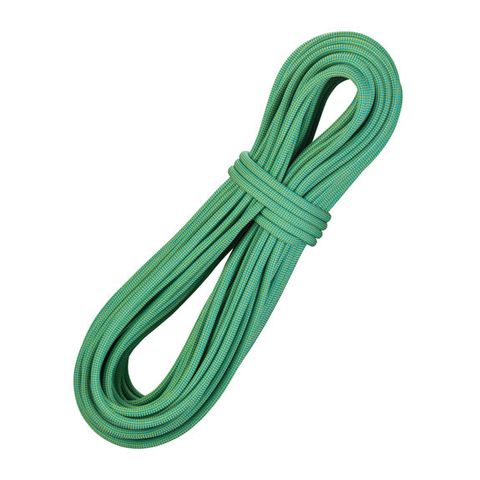 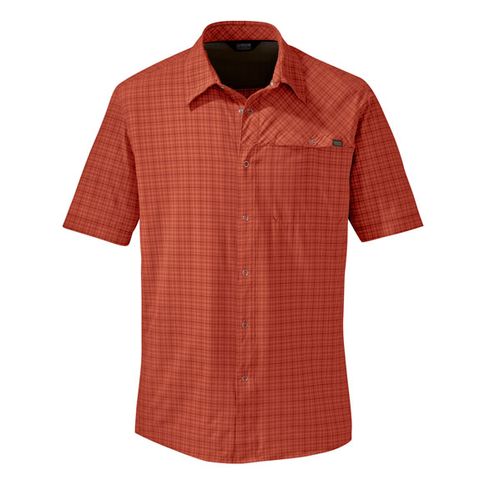 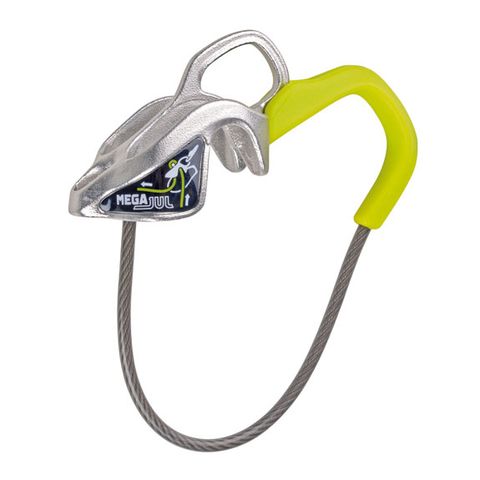 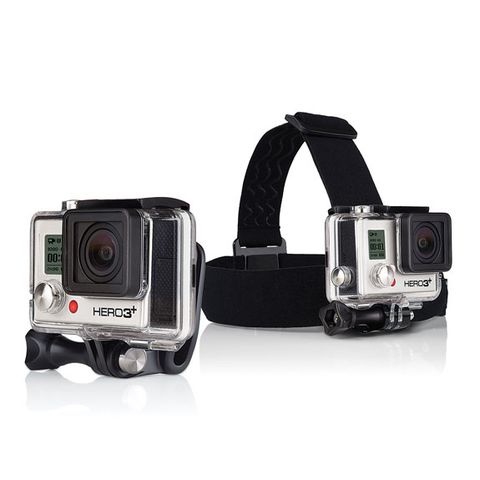 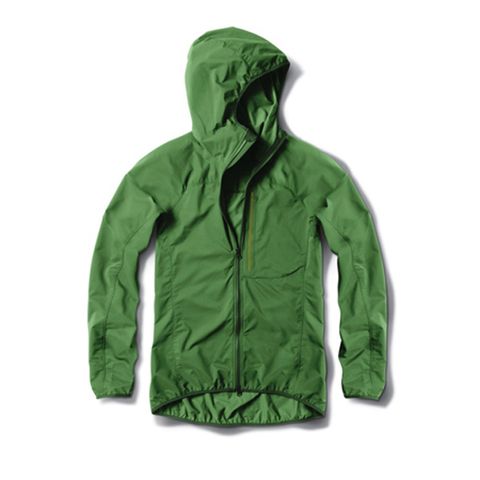 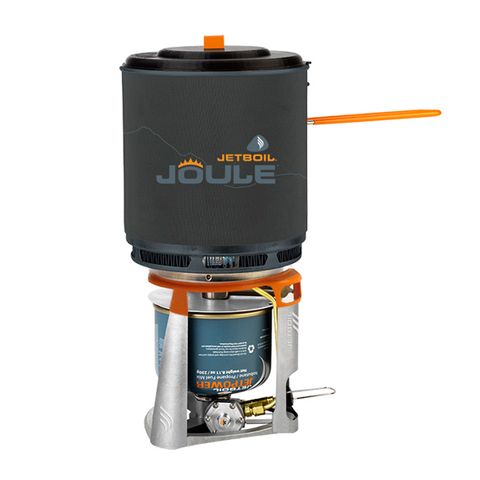 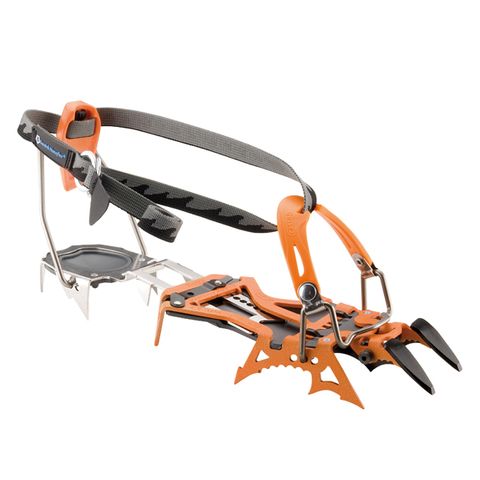 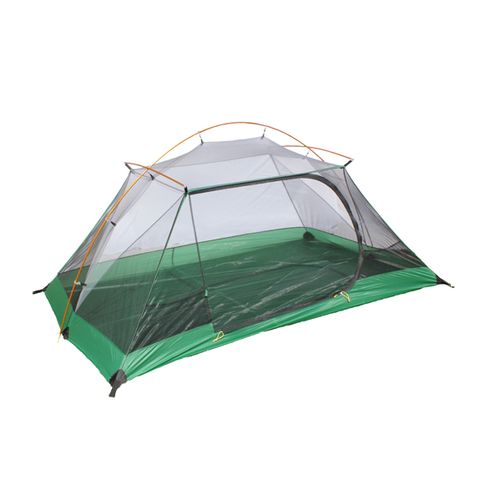 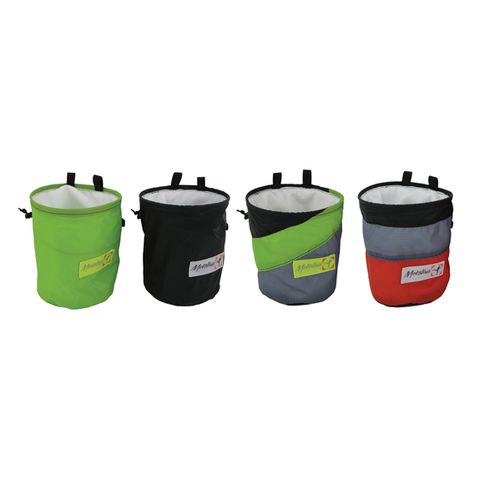 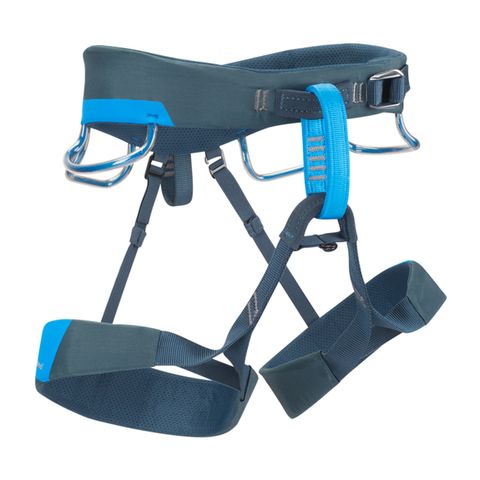 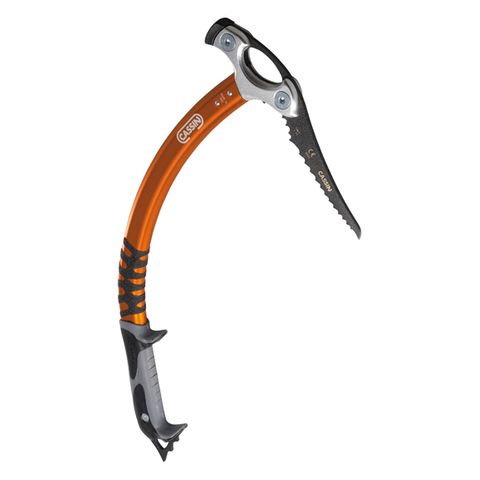 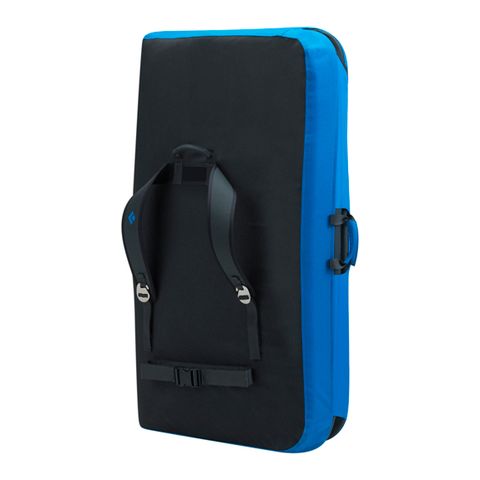 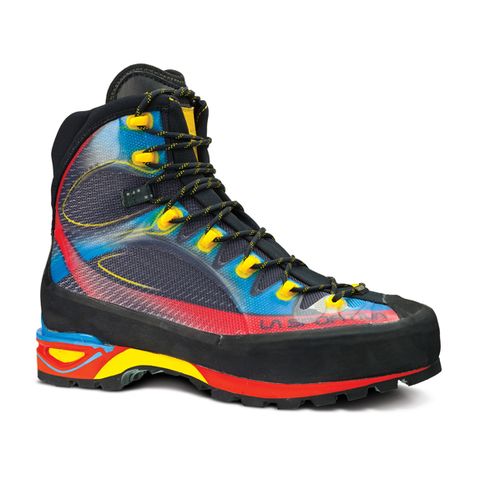 Outdoor sex is a thrill, but it isn’t perfect. You have pine needles in your back and dirt everywhere.

Brendan Leonard, 39, and his fiancée, Hilary Oliver, 36, an adventurous couple in Denver, have “gotten it on in some truly dirty places,” says Hilary—behind boulders in Joshua Tree, in the back of the van at countless trailheads. “We’ve had some fun times,” Brendan says, like under the midnight sun on a secluded beach in Norway. “But a couple dozen sheep live on the beach, and they were very communicative, so you can imagine the soundtrack.”

Still, “you find a way,” says Adrian of his adventures with Emily. “Sometimes you have to sneak around, and that’s fun. I love sex outside.” Of course, says Chris, “it’s sexy to belay Heather, watching her flex and sweat in short-shorts and a sports bra, grunting and pulling her way upward, fighting, screaming, and then collapsing at the top. Of course I want to rip her clothes off!”

Tatkin notes that climbers are mainlining novelty and danger—reliable turn-ons. Any brush with death triggers an evolutionary urge to perpetuate the species: “When there’s a lot of danger, people cling together for comfort,” he says. Moreover, “in the wild, there is no scheduling of sex. A female partner bends over, and off you go! Sex is best not planned, because the planning part of your brain is not sexy.”

That said, love isn’t just about sex: Lots of romantic moments come when you’re tired or cold, like making dinner at the top of a climb or huddling in a tent while it rains. “At the end of a long climbing day, sex is the last thing on my mind,” says Heather. “A back massage, on the other hand? Pure ecstasy.”

“Sometimes you have to sneak around, and that’s fun. I love sex outside.”

“The amount of trust involved in our sport immediately creates a special bond that is beyond ‘normal’ relationships,” says Heather. “When I’m belaying Chris and say, ‘I’ve got you,’ he knows that I’m with him 100 percent—he can try hard moves and fall, because I’m going to catch him. This is the kind of shit that corporations try to emulate to build employee relationships. We live it.”

In 2016, Heather made news by climbing a notoriously difficult route in Boulder Canyon called China Doll after about 70 failed attempts over 50 days. Chris was there the whole time. “Chris definitely sacrificed his climbing to help me achieve my goal,” says Heather. “And now I’m more about supporting his climbs.” Many couples blame poor communication when, really, their problem is they don’t see themselves as a team, says Jovanovic. “On the mountain, the mountain is the focus. At home, the focus becomes selves and ego. Think about how you can team up rather than fight each other.” How? View problems as threats to the relationship, not as personal affronts.

“All couples should try a backpacking trip or nature experience, because when you’re out there, you’re committed,” says Chris. “There’s no escaping the discomfort. It has a way of revealing who you really are. Cold, hunger, thirst, fatigue, fear, and vulnerability all heighten awareness, strip pretense, and rip whatever mask you’re wearing right off.”

On the trail (or in your backyard, sipping beer) make your partner your teammate. Talk about shared goals, says Jovanovic. Show your curiosity about what motivates her. Say, “Tell me more about that,” “Why is that important to you?” This shows you’re open to being influenced by her—that will make you both happier. (Bonus: It’s a huge turn-on for her.)

Hikers, campers, outdoorsy couples know: The wider the view, the closer you feel.

When Heather climbs to join Chris high on the rock, she says, “it’s just the two of you for miles, hanging from an anchor in the middle of the wall with hips touching. You’re all out of breath from the effort and gripped from the exposure. Then he clips you in right next to him, making you safe. It’s quite a turn-on.” Nature is also the ultimate conversation starter. “Everything around you offers an opportunity to talk,” says Renan. “It’s way easier to talk out there than while sitting in a stuffy restaurant.”

His wife, Taylor, remembers that first date, climbing the Grand. The night before, sleeping in a hammock, they’d exchanged an awkward, almost accidental first kiss. Climbing the next day, they “really connected,” she says, talking and “laughing deliriously as we stumbled up the mountain.” But then they’d hit a difficult section or come down from the ice to a meadow. “We had an immediate ability to be in silence also. And that felt as intimate, in some ways, as our first kiss.”

The view from on high is a powerful bonding tool, says Jovanovic. “Part of it is this ‘us against the world’ mentality, but also that sense of shutting off from the day-to-day lets you be in the moment.”

Capture that feeling at sea level. Set aside five minutes a day to sit side by side and just be; you can touch, hold hands, put your arm around her—just keep chatter to a minimum and don’t talk about your days, Jovanovic says. And next time you find yourselves in a beautiful, serene place, don’t stare off; do something romantic. Or just tell her you love her.

A version of this article appeared in the July 2018 issue of Men’s Health Magazine.