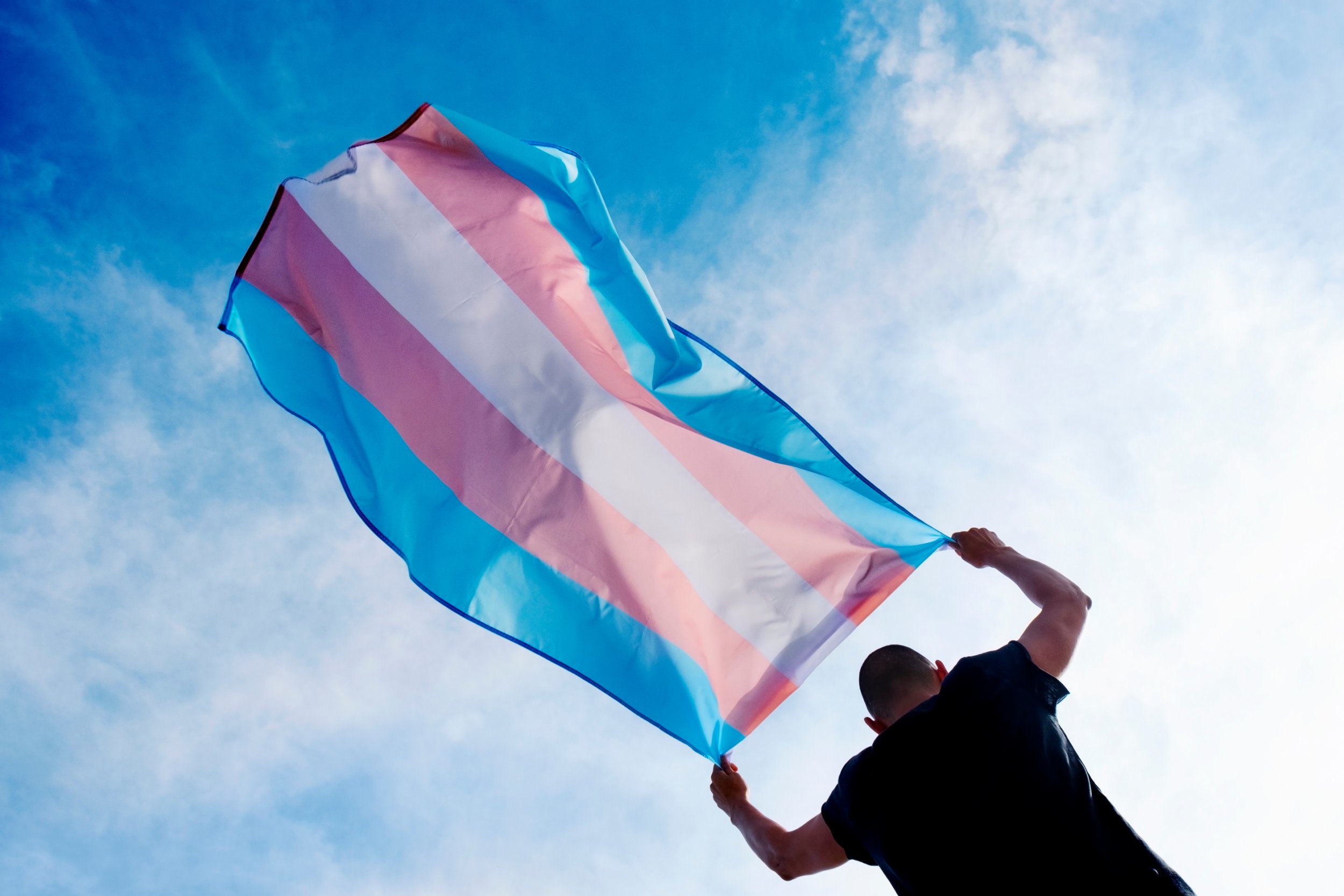 When I close my eyes, I imagine myself with a flat chest and the scars from top surgery still visible – and I feel strength and power of being my best, truest self.

However, when I open them, I see a chest that is anything but flat. I’m looking at a body with hips and curves and breasts that are partially hidden by a 34G bralette.

Although I want top surgery, as a bisexual transgender man, I’m anxious that men won’t find me attractive if I get a subcutaneous mastectomy – the medical term for the procedure.

I have a huge amount of dysphoria, which is defined by the Gender Identity Clinic (GIC) as ‘the distress experienced by those whose gender identity feels at odds with aspects of their body and/or the social gender role assigned to them at birth.’

I experience it most acutely around my breasts, struggling daily with the disconnect between how my body looks in my head and how it looks in the mirror.

It’s not the cliché of having been born in the wrong body so much as people assuming that everyone with a body like mine must be a woman. The discomfort is sharp and painful and reverberates through me: everything feels wrong.

It’s been 18 months since I began the process of socially transitioning: coming out to the people around me as trans, asking people to respect my pronouns, and changing the way I present to the world.

Even before I had fully acknowledged my own transness and that I wasn’t cisgender (meaning my gender identity is not the same as the gender I was assigned at birth when a doctor looked at my genitals) I had begun to think about the kind of medical transition I wanted.

Stepping into my gender has shown me how important pursuing hormone replacement therapy (HRT) and surgery are for me.

My breasts are not huge, but they’re undeniably there. I don’t remember when they developed, because for most of my childhood and teenage years, I was scared of my body and ignored it as much as possible.

Some days it feels like my whole body is shouting its wrongness at me until I want to cry. Yet even as I came out to my GP and asked for a referral to a Gender Identity Clinic, a tiny part of my brain worried at how getting top surgery would change the way people saw me.

Strangers will be more likely to see me as a man after top surgery of course, which is what I want. It can be incredibly painful to go through life being misgendered, and sometimes the thought that people see a woman when they look at me makes me want to tear my skin off. The three to five year waiting list for surgery feels interminable.

So why does a small part of me care that I might be less attractive if I have the gender affirming surgery that it often feels like my whole body is yearning for?

I am already a man, albeit one with breasts that I often forget I have

The answer, while not pretty, is simple: it’s because I’ve spent my whole life being told a cisnormative (the harmful assumption that everyone is cisgender), heteropatriarchal society – both indirectly and explicitly – that my worth is based on my desirability to straight, cisgender men. It feels deeply unfeminist and a betrayal of my own queer identity to admit that.

As a bisexual trans guy, I have no interest in sleeping with straight, cis men – yet the need to centre their desire persists.

As someone whose body is automatically sexualised by men who feel entitled to it, with or without my consent, I’ve learned to reclaim that.

I feel so powerless when I am cat-called in the street. There’s fear, yes, but there’s also shame that twists red-hot inside me when a group of laughing men shout ‘are you legal yet?’ after me as I walk away with my whole body shaking.

I know that men are attracted to my breasts – though I’ve experienced more sexual harassment while wearing shorts or crop tops – so I find it empowering to pick out tight or low-cut tops to emphasise my breasts.

Even now, dressing in ways that show off my cleavage can still feel good: owning my sexuality feels powerful because it is something that society has told me to be ashamed of.

When I have top surgery, I can imagine myself standing taller. Not because I’m free from the sexualisation of being a person with breasts, but because I will have made my body undeniably mine in a way that feels like a raised middle finger to that shame. It’s a rejection of who I ‘should’ be for who I really am.

I don’t want to take testosterone or have top surgery to ‘become’ a man. I am already a man, albeit one with breasts that I often forget I have. I want top surgery because I want my body to feel ‘right’ in the way the rest of me does since stepping into my transness, yet I still trip up over the anxiety that men will no longer find me attractive without my breasts.

That anxiety shows that as much as I’ve spent the last six years immersing myself in queer and feminist culture, I still have the flawed yet fundamental belief that my worth is based in how much straight, cis men want to have sex with me.

I hate how much I believe that lie. It horrifies me that I don’t even want to have sex with straight, cis men yet I still can’t seem to shake it. How many choices must women (and other people affected by misogyny) make every day because we’ve been conditioned that our own wants should be secondary?

We can reframe getting nails done as ‘self-care’ and we can find that wearing high heels gives us confidence even though they hurt our feet, but those choices are not independent of patriarchal repercussions.

Adjusting everything from our behaviour to our breasts is the price we pay for being taken seriously in a society that revolves around the axis of straight, cis men’s desire. And when we’re still punished for not falling in line with the male gaze, it becomes even harder to de-centre that desire and stand steady in our own self-worth.

Despite how inaccessible gender-affirming healthcare is, truly internalising the belief that I have value beyond my desirability might actually be harder. Even when – not if – I get top surgery, that’s something that I’m going to have to keep working on.