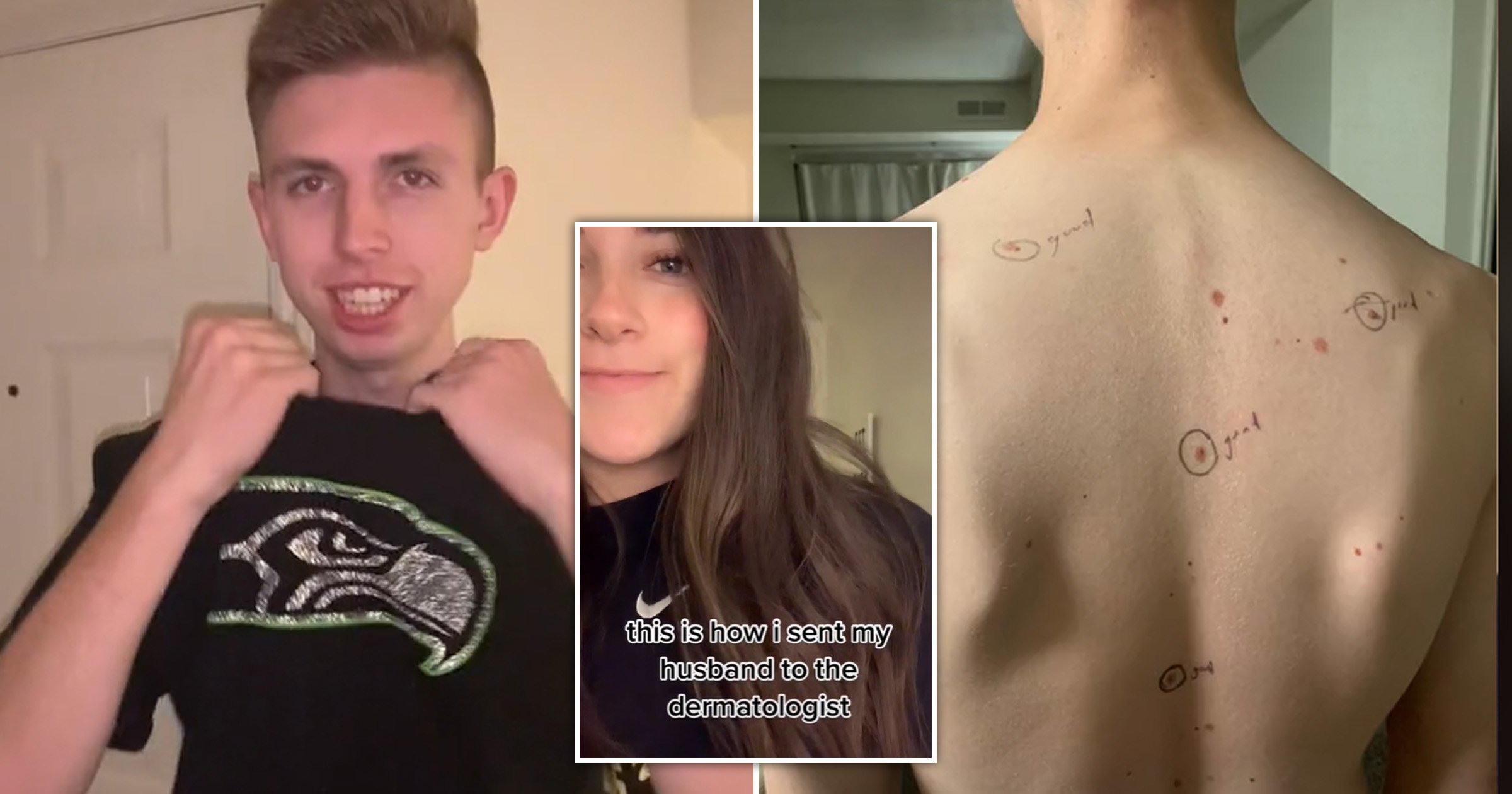 A woman is being praised for sending her husband to a dermatologist with several moles circled in ink.

She did so to highlight the moles she was worried about.

In return, the doctor sent her husband home with written notes next to each indicating if they were safe or were sent for more tests.

TikTok user Brinlee Miles shared the images on the app in a clip that has been viewed over 6.6million times.

‘This is how I sent my husband to the dermatologist,’ Brinlee wrote in the video that was posted on November 30.

In the snippet we see Brinlee’s husband shirtless. He has several moles on his torso and some are circled in ink.

One is circled on his front but another four are highlighted on his back.

Following his appointment, Brinlee filmed him once more saying: ‘And this is how she sent him back lol.’

Her husband walks through the door holding a slip of paper the doctor gave him describing post biopsy care.

He then takes his shirt off to show the notes the doctor had written on his body.

To calm the concerns of his wife, the dermatologist had written next to each circled mole to let Brinlee know if the mole was safe or had been sent for biopsy.

She wrote ‘good’ next to the okay moles and ‘took to test’ beside the questionable ones.

In the comments users applauded both Brinlee and the doctor for their attention to detail.

‘As a derm nurse, we love when this happens! Good job looking out,’ wrote one medical worker.

‘I work in derm and you’d be surprised how many women send their husbands covered in circles,’ said another.

Viewers praised Brinlee for making her husband’s health a priority.

While a second said: ‘When you know your partner won’t communicate with the doctor correctly. I’m saving this!’

Send us an email at [email protected]