DRIVERS are panic buying petrol as the fuel crisis continues, causing chaos around the country.

Huge queues have been spotted around the country over the past week, as Brits face long waits to get to the pumps. 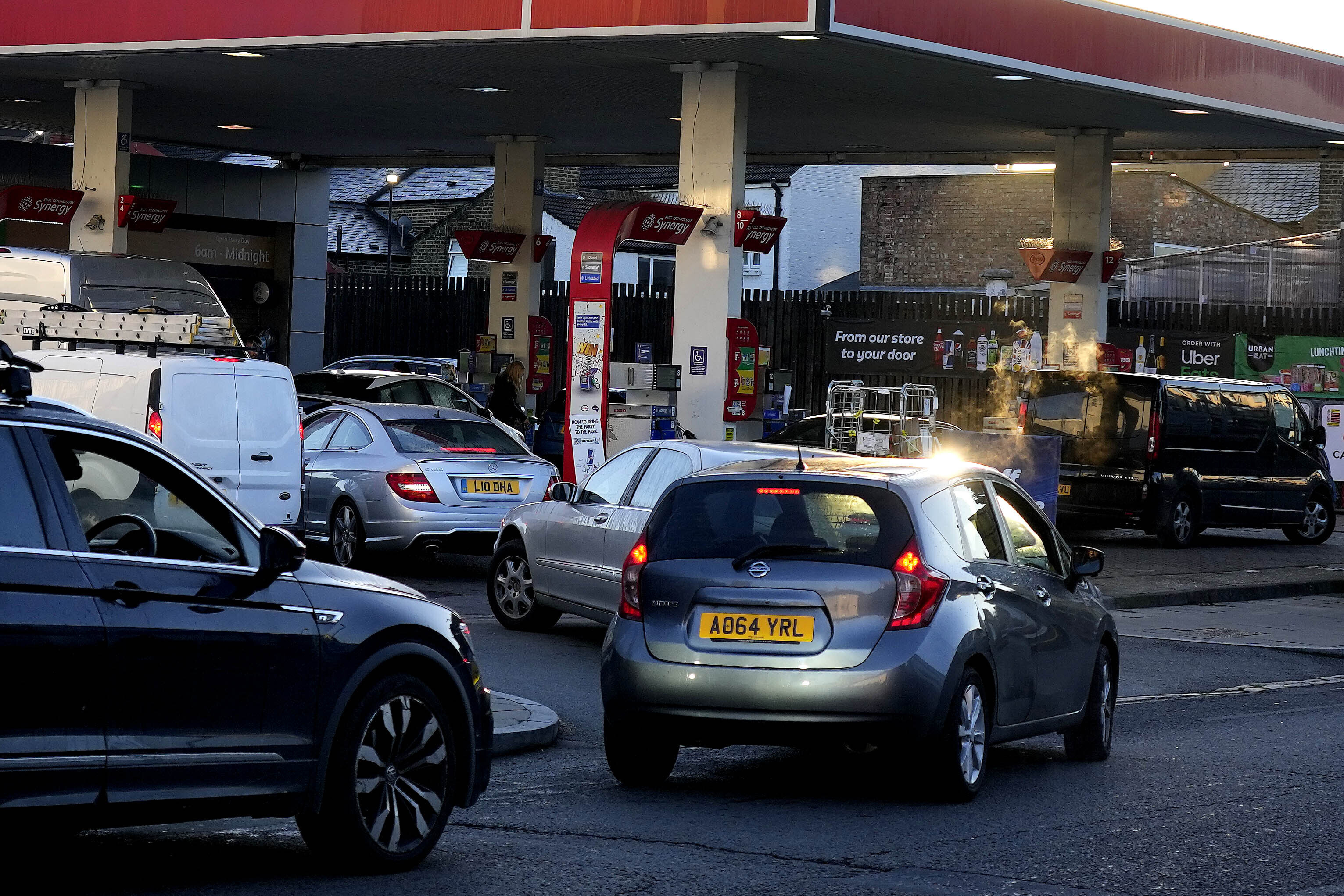 Although the government and suppliers have insisted there's not a shortage and plenty of fuel to go around, a lack of lorry drivers means not enough deliveries are being made to meet demand.

But has the crisis pumped up prices, and should drivers be prepared to fork out more to fill up their car in the future?

Have petrol prices gone up?

Drivers will have noticed that the cost of filling up their car has gone up recently.

Petrol prices have soared to an eight-year high, with latest government figures showing the average cost of filling up has now reached 134.86p a litre.

However, drivers accused petrol stations earlier this week of ramping prices up to as much as 154.9p a litre.

The spike in prices has also been spurred on by the rising wholesale cost of fuel.

The sudden rise means that drivers are paying more at the pumps now than they were just a matter of days ago, the RAC said.

Will petrol prices continue to rise?

The RAC said that how much motorists will have to fork out for fuel will be driven by what's happening with the cost of oil – not by the recent delivery issues that have hit forecourts.

With a rise in oil prices expected over the coming months, this could mean drivers are yet to see the highest prices listed at the pump.

"That means there is a risk we could see the average price of unleaded fuel hit a new record of around 143p per litre," the RAC said.

How can you save money on fuel?

Driving more efficiently and looking after your car by keeping tyres at the correct pressure are some of the simplest things you can do to get more out of a tank of petrol.

A cold engine uses up more fuel, so it's less efficient to go for lots of short trips when you could combine them into one journey, says the AA.

Car commuters could consider sharing lifts with colleagues. And remember to keep the air-con off unless you really need it.

Your top priority right now might be finding a forecourt that's not been run dry, but once things are back to normal it can pay to shop around for fuel.

The website petrolprices.com allows you to do 20 free searches on petrol stations near you to see who has the best rates.