A flashy welcome! Woman is left mortified after accidently showing her underwear to her new neighbours while taking out the recycling

A ‘mortified’ homeowner was left hiding from her new neighbours – after accidentally flashing them when she met them for the first time.

Olivia Gomez was moving her bins on August 3 when she spotted the new family who had moved in next door to her in Warrington, Cheshire, only days earlier.

Hilarious footage shows the 26-year-old dental nurse chatting to them about ‘builders parking dreadfully’ nearby, before she lifted her finger into the air to point in the correct direction.

Forgetting she was carrying her recycling as well, the corner of the bag lifted Olivia’s blue floaty dress into the air, leaving a surprise first impression on her new neighbours.

The moment was captured by Olivia’s security camera and she shared it online, making light of the incident. 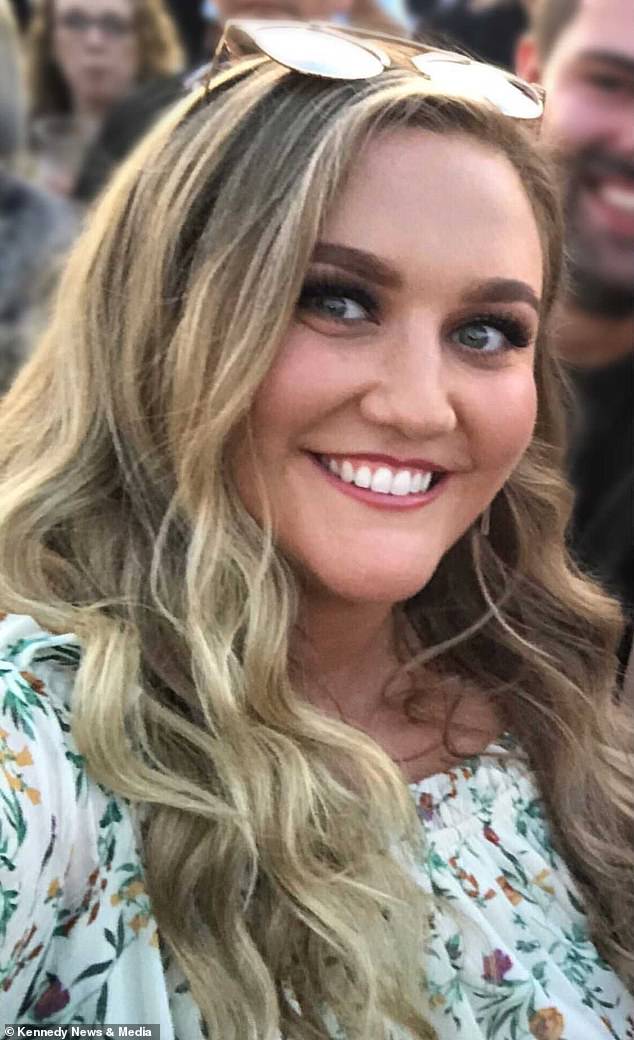 Olivia, pictured, explained the bin bag she was carrying lifted her dress while she pointed nearby building works to the new family who had just moved a few doors down from her earlier that week

Fortunately for Olivia, the family laughed it off as she joked ‘That’s my whole dignity gone’ while patting the bottom of her dress down again.

Olivia said: ‘I was absolutely mortified but tried to play it cool and just carry on as if nothing had happened. Fortunately they’re really lovely and just cackled about it.

‘They’d only moved in a day or so before so this was my first time meeting them.’

‘I was just making polite conversation while taking the bins out about some of the builders parking terribly because I’ve moved on to a new build site. 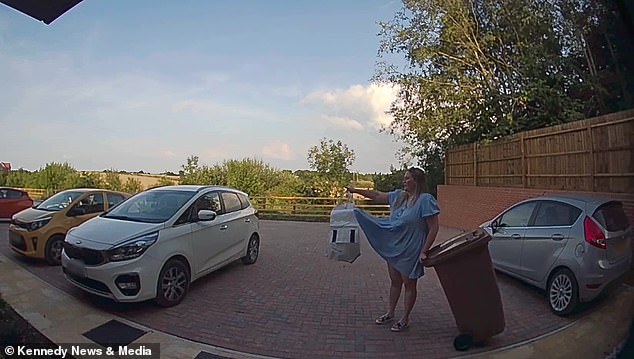 Olivia Gomez, 26, from Warrington, Cheshire, was left red-cheeked after she accidentally showed her new neighbours her knickers during a friendly chat, pictured

‘I had the wheelie bin in my left hand and the recycling in my right and the bag just caught my dress as I pointed at something.

‘After that I swiftly ended the conversation, put my bin out and hid from them for a week.’

Olivia’s hilarious footage has been viewed more than 330,000 times online with some commenters saying they would sell the house afterwards. 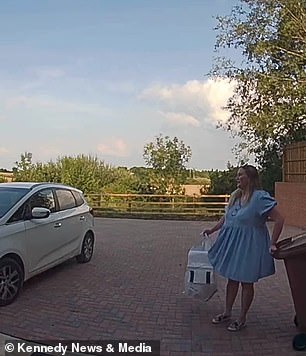 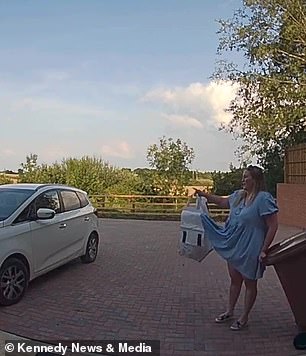 The hilarious footage showed Olivia, pictured, chatting with the neighbours, who were out of shot. 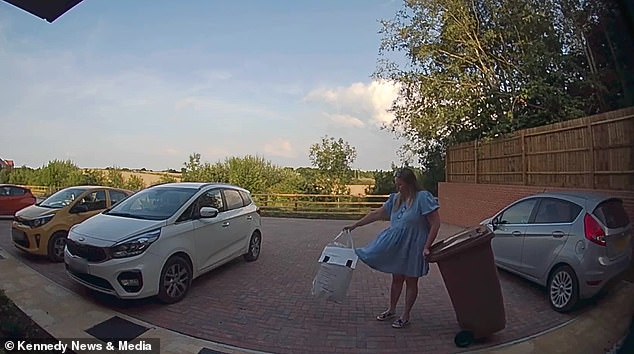 Olivia looked down and soon realised her recycling bag was lifting her dress. She swiftly her arm down 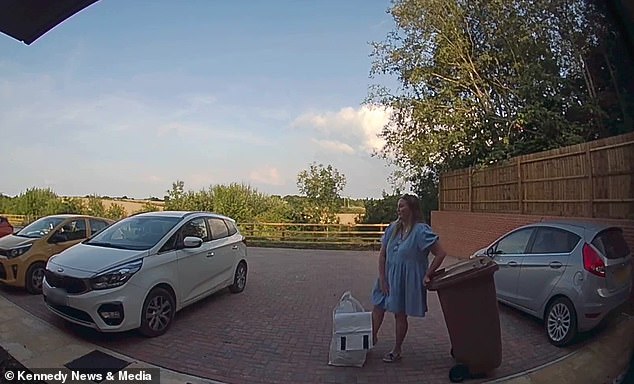 One person said: I would have simply put my house on the market after this bestie.’

People found the whole gaff hilarious after Olivia shared it online, and some said the only thing she could go was to move out