A bearded woman has opened up about her search for love, as her husband revealed he was sure she would be the one to reject him.

Little Bear Schwarz, 36, from Seattle, and Tobias Bradick, 45, were friends for a year before she posted a Facebook status appealing for potential suitors who might like to date her.

Tobias admitted that initially when he messaged her he suspected she would reject him, saying: ‘I thought she’d say thanks, but stop being creepy.’

Little Bear, who appeared on This Morning to talk about her love story, has suffered from polycystic ovary syndrome from the age of 14, which causes excess hair growth. 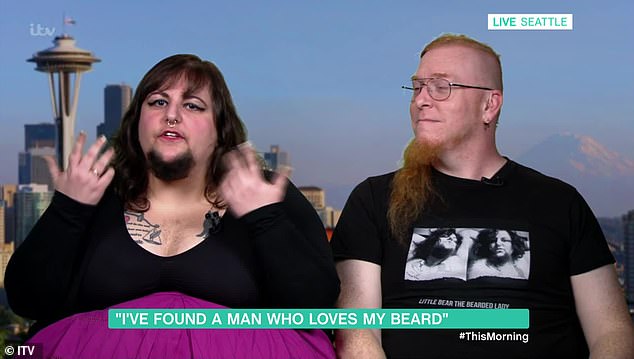 Little Bear Schwarz found love with her now-husband Tobias Bradick, 45. The couple were friends for a year before he responded to her Facebook post appealing for potential suitors

The couple, who are now married and have a polyamorous relationship, opened up about the struggles Little Bear had with her confidence.

She began noticing ‘excess’ hair growth on her face and chest from the age of 14, and though she went to specialist doctors she was never sure what was causing it.

She spent the next 16 years, ‘trying to hide it’ and would only shave her face and chest in the shower so as to avoid the deep shame of being hairy.

It took Little Bear years to accept her bearded face, as she told presenters Ruth and Eammon:  ‘My younger years were really difficult. I had this hair and nobody could tell me or help me where it was coming from.’ 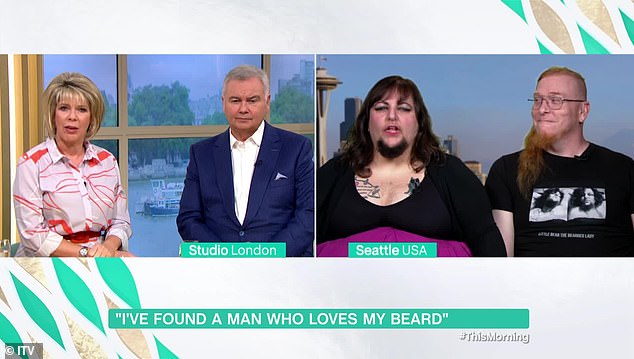 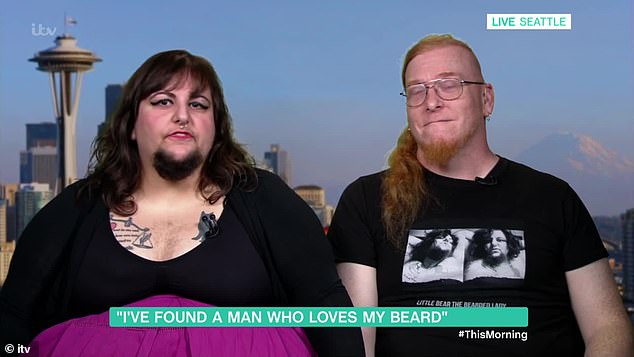 Tobias admitted that at first he was nervous to message Little Bear, as he thought she would reject him

She said: ‘Nobody was saying I could just grow it, it wasn’t presented as an option.’

But when she turned 31, she moved to Seattle and, in the progessive setting, she decided to give not shaving a go.

Now she says the beard is her ‘star feature’, but admitted it was hard to find someone genuine to love. 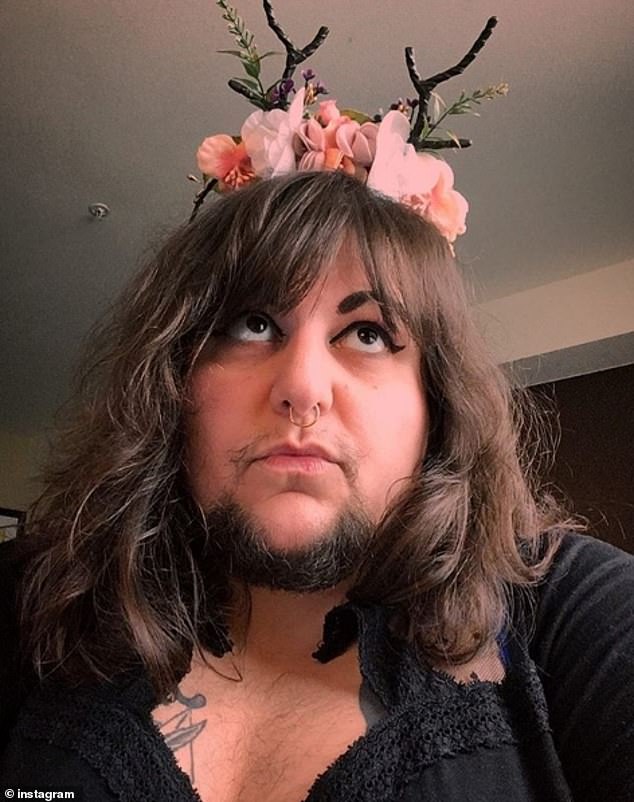 Little Bear struggled to accept her beard and for years, would shave her face every morning in the shower

WHAT IS POLYCYSTIC OVARY SYNDROME?

Polycystic ovary syndrome (PCOS) is a common condition that affects how a woman’s ovaries work.

The three main features of PCOS are:

She revealed: ‘I didn’t have a problem finding people to date, but I had to be sure it was someone who wasn’t afraid to be seen with me, or the potential stigma of the man who dates a bearded woman.’

A year and a half after a bad break up, she put up a post on Facebook appealing for potential suitors.

And, having helped her with moving house, Tobias admitted he fell for her straight away.

He told Eamonn and Ruth: ‘She was always such a genuine, loving person. She’s very real, she’s not fake. She’s the kind of person I want to get to know.’

But he revealed he was nervous about approaching her, saying that when he messaged her to say that he’d be interested at least in getting to know her, he thought he would be rejected.

He revealed: ‘I thought she’d say, “thanks, but stop being creepy”. But we just clicked and started spending time together.’

The couple admitted that it could be difficult, with Little Bear revealing: ‘People do stare. I wish I could tell you it’s not a big deal and I could just ignore them.

‘I get stared at, I get laughed at, people try to take “discreet” photos of me. And being honest, it hurts.’ 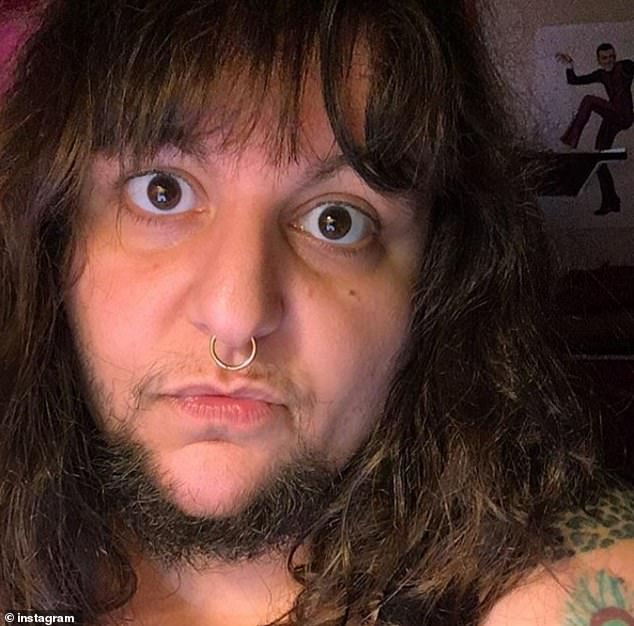 Little Bear, who suffers from polycystic ovaries which cause excess hair growth, revealed she still struggles with negativity on social media 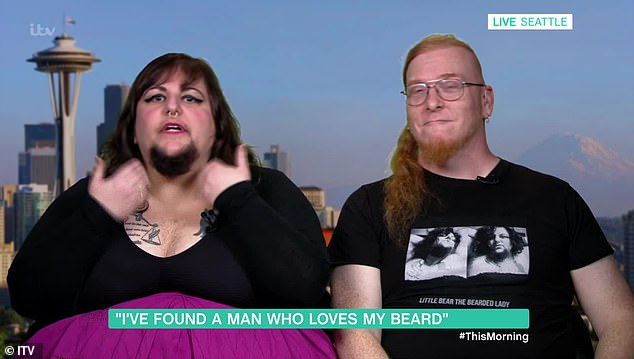 The couple, who have a polyamorous marriage, also revealed that if Little Bear feels uncomfortable with people staring in public, they try to ignore it by kissing

Husband Tobias said he tries to be as supportive as possible in those circumstances.

He admitted: ‘There are times groups of creeps flock to her social media and send her death threats. If we’re in public and she feels uncomfortable, I just say come up and kiss me.