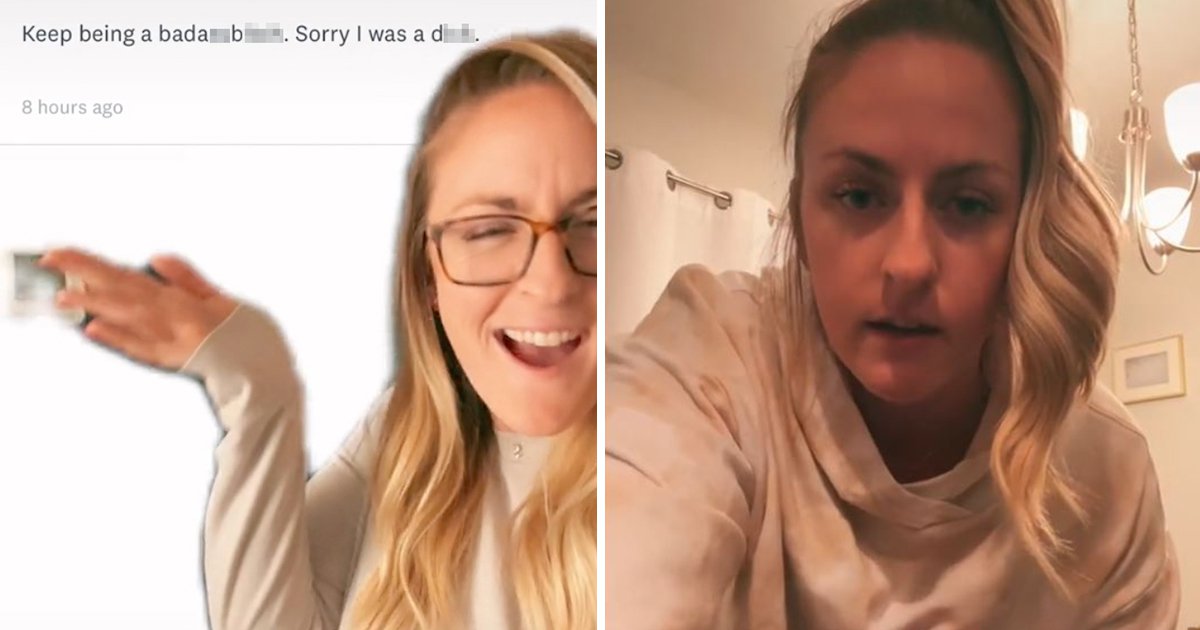 A woman tired of being ghosted on dating apps is on the hunt for answers.

Shanna created the questionnaire after a man she had matched with on Bumble suddenly stopped talking to her out of the blue.

In a survey-style form, Shanna asked questions such as ‘why did you ghost Shanna?’ and ‘what could Shanna do to stop getting ghosted?’

She shared her dating review form on TikTok and since being posted the video has been viewed over 3.5million times.

Shanna also asked the man to rate her personality and her looks and included more open-ended questions, such as: ‘if you could tell Shanna one thing before she forgets who you are, what would it be?’

In a follow-up clip, Shanna explained the backstory of mystery man.

‘I match with this guy on Bumble on Monday,’ she said. ‘We vibed so hard that we were non-stop texting Monday, Tuesday.

‘Wednesday morning we texted a little bit but we had plans to meet up on Thursday for coffee.’

However, the day before their first date, he started ignoring her.

‘The last conversation we had was about my work truck, so there it wasn’t like, “Oh, red flag, I’m going to stop talking to her,”‘ she added.

Shanna also noted that she didn’t plan to gain knowledge from the survey and did it for comedy purposes.

‘This was purely to call out the fact that guys don’t have backbones or balls to be like, “Hey, you’re not it.” It’s not that hard. Believe me, I know I am not everyone’s cup of tea,’ she told viewers.

In a final follow up video, Shanna revealed the ghoster ended up filling out the survey and so, she shared his answers.

When asked why he ghosted her, the man wrote: ‘I caught feelings too fast and don’t know what feelings are.’

As for what she could do in the future to avoid it happening again he told her: ‘Date women because men are dumb.’

He also gave her personality the highest rating possible, and said she was ‘smoking hot’.

The ghosting survey created a heated debate in the comments. Some told Shanna it was not her problem.

‘Being ghosted isn’t about you. It’s about the other person’s inability to communicate their feelings/needs/experiences,’ wrote one viewer.

‘I would never! This screams low self esteem to me because why would you care about the opinion of someone who cut you off?’ questioned a second.

However, most loved the idea with some saying post-match questionnaires should be a permanent fixture in dating apps.

‘Wait this is 100% my energy, I need a link!’ proclaimed one follower.

While another said: ‘Honestly think this is a great idea..maybe that’s my degree in PR talking. Feedback is key!’

Rush Hour Crush – love (well, lust) is all around us

Tell us about your Rush Hour Crush by submitting them here, and you could see your message published on the site.