When the victim attempted to use a garden hose to douse the flames, it was plugged with Flex Seal

A woman in North Carolina set fire to a house she may have believed belonged to her ex-boyfriend who lived in the area, according to a witness who spoke with the Rowan County Sheriff’s Office.

However, per WBTV, it was the wrong Gold Hill address. Police have arrested a suspect in the arson, 49-year-old Christie Louise Jones.

The arson victim woke up around 7 a.m. Friday when a neighbor alerted them to a woman who appeared to be trying to set their home on fire, per the report. 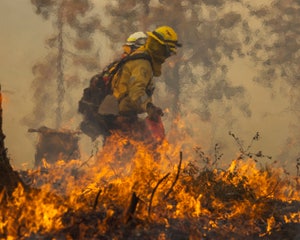 When the homeowner went outside, police say, there was a woman standing next to a blue car that was blocking the driveway.

Deputies found oil and bundles of wood strategically placed around the house. When the victim attempted to use a garden hose to douse the flames, it was plugged with Flex Seal.

The victim is then said to have confronted the woman with a rifle, while she allegedly held one of the homeowner’s dogs by a leash. 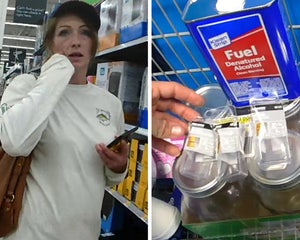 When sirens could be heard, the woman is said to have then fled in a car. The victim got the license number and gave it along with a description to police.

A witness on the scene informed deputies they knew the woman and gave them her location.

Damages are reported to reach $20k. Jones is held on a $101,500 bond and has been charged with felony first-degree arson, assault with a deadly weapon, and larceny of an animal.

WBTV said a witness told police an ex of Jones’ did in fact own a property in the area, and said the suspect may have targeted the wrong house. The victim and Jones have no known connection. 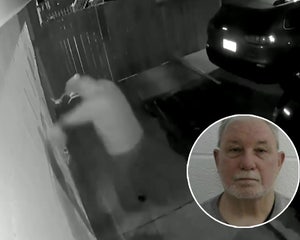