We have more newsletters

The brave women featured in this story all have one thing in common – their furry beards.

Some have embraced it and have even become racy fetish models while others have cited a common medical condition as the cause.

But regardless of why, they have all experienced cruel and sexist trolling just for having visible facial hair.

Here, they recall the most hurtful stigmas they’ve endured while describing how it has made them feel.

First up we have Morgan Coleman who lives in Melbourne, Australia and she first noticed facial hair appearing aged 11.

Despite trying her best to hide it as a teenager, her teasing peers targeted her and labelled her an ugly freak and a man.

The 26-year-old said: "I do struggle with self-confidence – after many years of bullying, it does have an impact on your self-confidence, but I am definitely feeling much more confident since I’ve decided to embrace my natural face.

"It was horrible and isolating. Both kids and young adults were very cruel. I was bullied severely for many years. I don’t have many fond memories from my school years.”

It wasn’t until last year when Morgan was diagnosed with hirsutism and Polycystic Ovary Syndrome, a hormone condition that causes male pattern hair growth.

And she added: “I enjoy spreading awareness where possible – I am a believer of creating acceptance and normalising facial hair on women is best done by spreading awareness, answering questions and sharing information. PCOS is such a common syndrome.” Another woman with PCOS who has decided to embrace her beard regardless of outside opinions is TikTok star PeekabooPumpkin.

The 37-year-old raises awareness online but has even been trolled by people who can relate to her condition.

One commenter, Jaci Miller, wrote under one of her videos: “I have the same thing PCOS but I have to shave the hair can't go out like that.”

Another disparaging comment read: “What’s the point of wearing makeup if you’re gonna grow a beard.”

A third comment under the same video was: “I don’t mean to be rude because you're a queen but why is there hair growing on your chin? Are you transgender or is that just how your body’s made?” 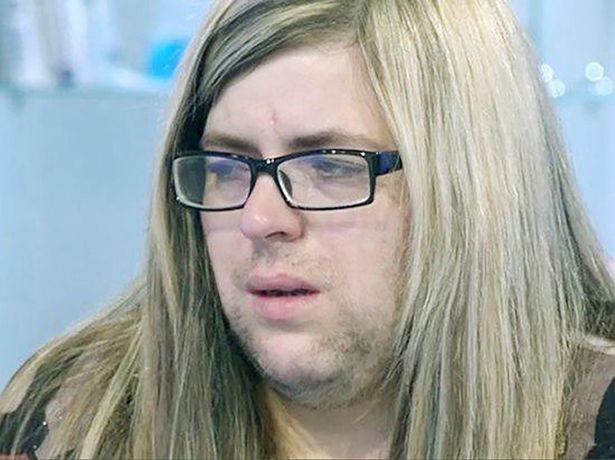 PeekabooPumpkin spent years shaving her chin hair before deciding to grow a full beard in defiance.

And after one of her supporters asked her where her inspiring confidence came from, she said: “It actually took me a lot of hard work to get to this point to be accepting of my beard and I’m in a much happier place now.”

It wasn’t the opinions of keyboard warriors Russian woman Svetlana Savchenkova feared when she suddenly grew facial hair after getting pregnant – it was her “disgusted” husband.

Like the others mentioned, she suffers from PCOS and hirsutism.

But Svetlana, 35, went on a TV show called I’m Ashamed of my Body to say the unwanted hair had caused issues in her marriage. She said: “I can't work or communicate with people normally, even my child. I don't allow him to touch my face. Obviously, relations with my husband got much worse.

“He doesn't kiss me now because it is disgusting. Every year it is getting worse. I am afraid that our family will fall apart.”

Svetlana went on to lose 30lbs in weight and was put on steroids, given laser therapy and had treatment for PCOS.

Her facial hair eventually disappeared and she said: “I feel so happy now.”

Alma Torres meanwhile developed PCOS when she was 15.

The 28-year-old is from the Bronx in New York and she had no idea she was being teased about her facial hair until a conversation with the school counsellor.

She remembered: “I had never really noticed how people would make fun of my facial hair, until a guidance counsellor at school asked me if it bothered me – and suddenly I realised how many people would stare and whisper.

“That changed everything for me. I shaved for the first time when I was 16, before my eighth-grade prom, and I continued to try to get rid of the hair for the next eight years.”

However, Alma is no longer ashamed and she proudly lets her beard grow.

She said people made “cruel comments” at first that would bring her down and they would even take pictures when they thought she wasn’t looking.

But Alma added: “Now, I still get people taking pictures when I'm out and about, but it doesn't bother me at all.

“I just turn and stare at them so they know I can see what they're doing, and that I don't care what they think of me.”