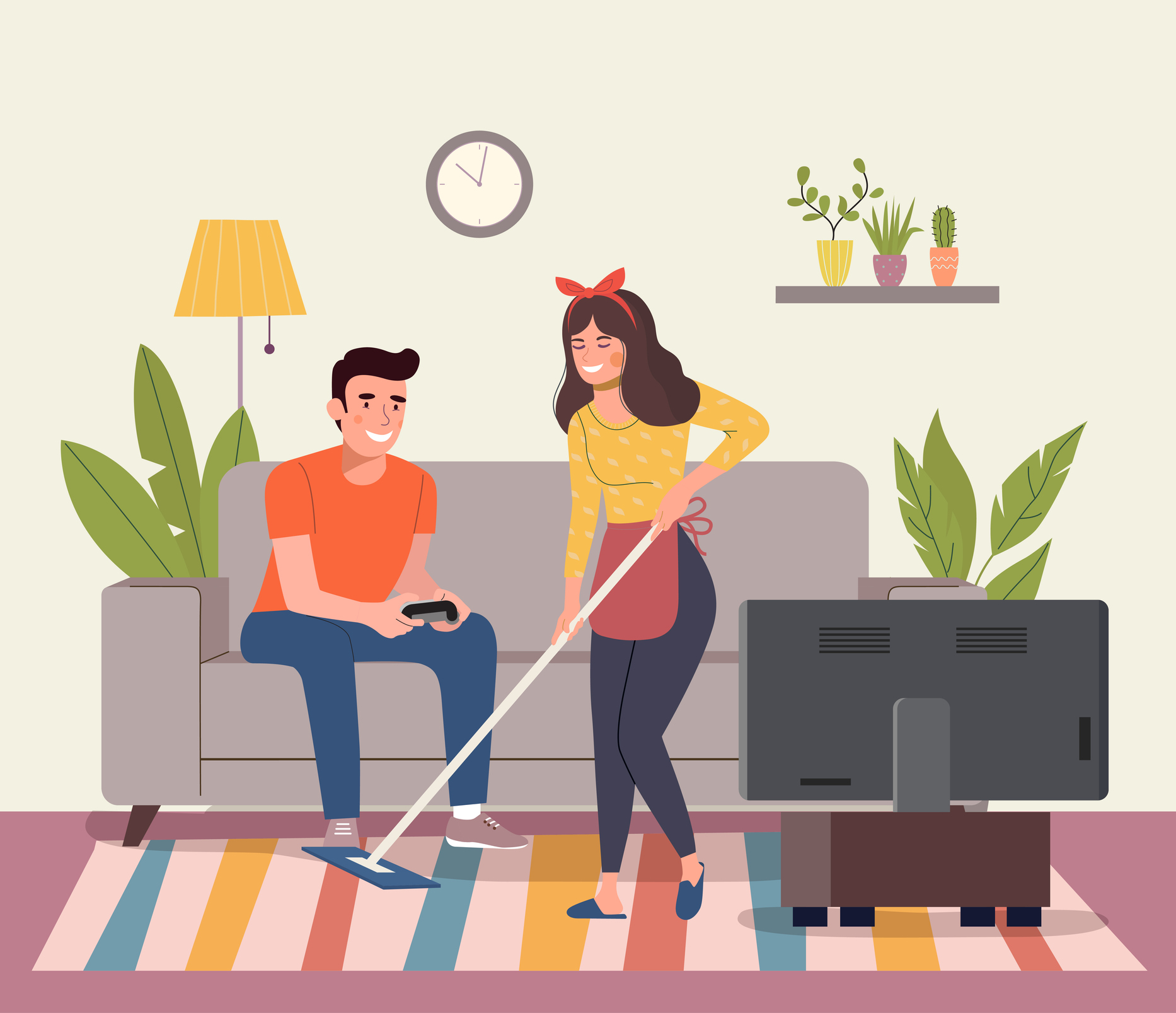 It’s not a secret that we feel less sexual when we’re bogged down with chores, but a new study claims it could explain why women’s sexual desire diminishes in relationships.

As part of a recently published paper, academics from universities in Canada studied ‘the heteronormativity theory of low sexual desire in women partnered with men’; the idea that traditional gender roles may play a part in reduced sex drives.

Looking at previous research around women’s sexual desire – and case studies from their own patients – researchers aimed to explain what desire is, why it matters, and why it’s sometimes lost.

What they found is that there are a number of factors specifically reducing desire in male/female relationships, and it has more to do with labour than it does biology or medicine.

Using a case study to contextualise their research, authors told the story of Denise, a 42-year-old mother struggling to feel sexual with her husband James after the birth of twins.

Previous fertility issues led to sex feeling like a reproductive act rather than a fun one, and she felt resentful towards her husband for not taking on an equal share of household and parenting duties. James began to ‘punish’ Denise for ‘withholding sex’, and later suggested ‘female Viagra’ in couples’ counselling.

The paper says this is a prime example of how low desire in women is typically considered a hormonal or biological problem, stating: ‘The idea that low desire rests in the individual reflects an essentialist view of sexuality that has been advanced by the medical field for decades and cogently critiqued. As such, James’ reaction is not particularly surprising or uncommon.’

Authors assert that unequal division of labour in a heteronormative couple can impact the woman’s desire, either because she’s doing more work around the home (and simply has less time to think about sex) or because she’s expected to do ‘low schedule control’ chores that are repetitive, frequent, or unpleasant.

Other theories are then posited, most notably that women experience a reduced sex drive if they feel like their partner’s mother.

‘Heteronormativity’s inequitable casting of women into a caregiver-mother role to men partners contributes to the women’s lower desire,’ reads the paper.

‘While heteronormativity slots women into nurturant caregiving roles in general, this caregiving is also directed at men partners specifically. Nurturance—warm, loving, and caring treatment—is a critical aspect of long-term and/or successful relationships, but one inequitably shared between women and men in relationships with each other.’

To clarify – as the authors of this research project did – that doesn’t mean every woman in a desire dry patch feels like their man’s mum. It does, however, reframe our view of the female sex drive, showing how gender (not just biological sex) influences it.

Many conclusions were made in the study, with the overarching theme being that women’s desire is easily stifled by the weight of expectation from partners – and feeling unsupported is just as much as a turn-off.

Next time you hear a male friend bemoan their dwindling sex life, perhaps you can gently remind them about this study you’d read.

Tell them there is no ‘female viagra’ like James hoped; the best way to make a woman feel sexual is treating her like a person with thoughts, feelings, and everyday responsibilities. Who knew?!