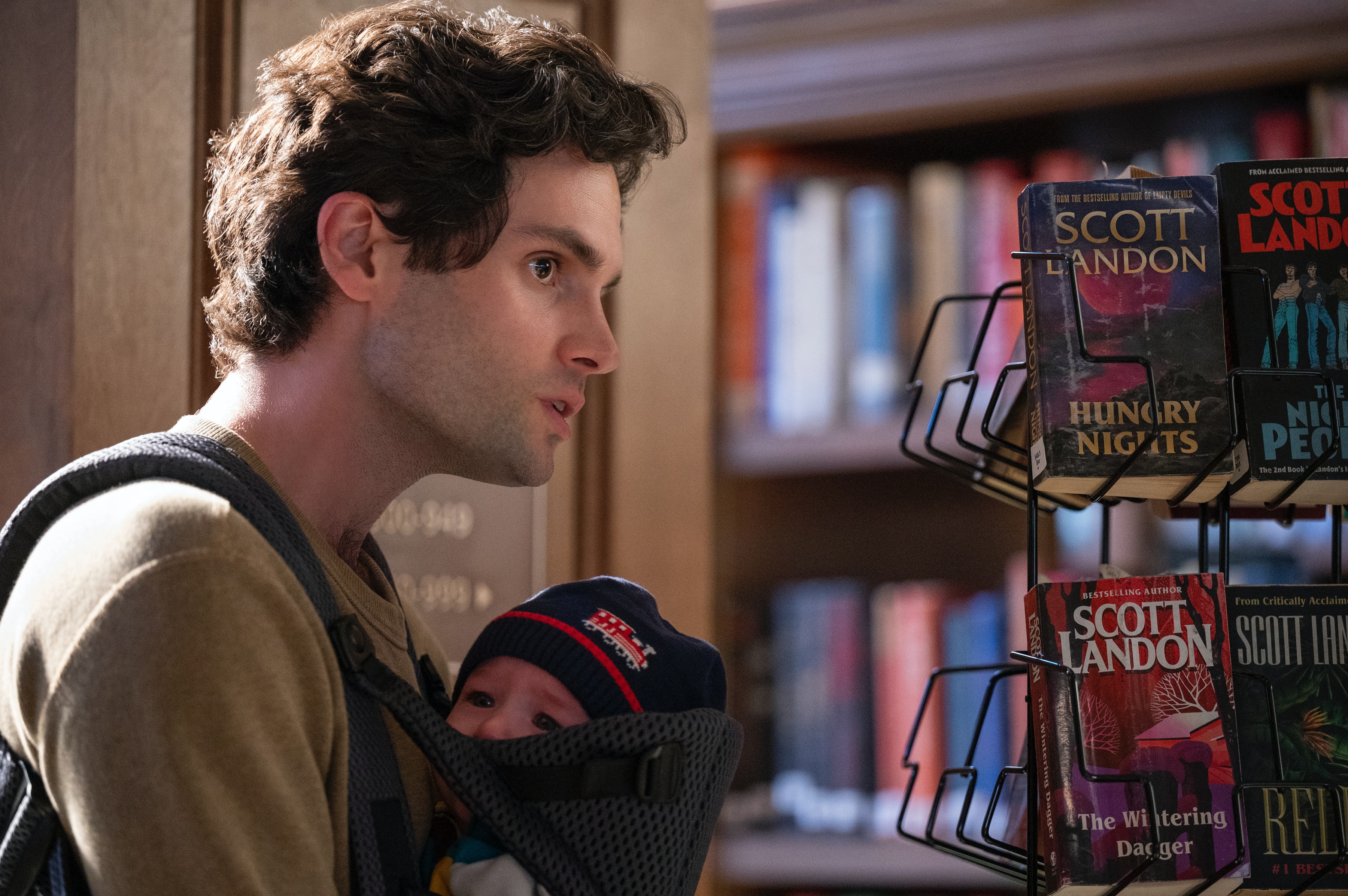 Welcome to W TV Club, in which W magazine’s editors choose a television show they’d recommend you binge-watch. Since Halloween is coming, our October picks will be a spooky sampling. This week, culture editor Brooke Marine recommends Netflix’s You, which released its third season on October 15.

Before the third season of You even arrived on Netflix, it was renewed for a fourth. This should come as a surprise to none of the fans who have tenaciously held onto their love for the show, tweeting about it endlessly in the weeks leading up to its October 15 premiere.

We’ve gotten quite a bit of mileage out of the murderous exploits of our serial killer protagonist, Joe Goldberg (Penn Badgley) so far—perhaps even more than anyone initially expected from the show. Remember, the first season of this series, created by Greg Berlanti and Sera Gamble, was a Lifetime project—when Netflix nabbed the streaming rights after season one had already aired, the platform apparently saw how successful it was and decided to resurrect it for another season, adapted from the second installment of Caroline Kepnes’s You book series. So how does the third season stack up to the celebrated first two?

We’ve seen Joe get caught up in his obsessive schemes in New York, Los Angeles, and now, Madre Linda—a fictional town near Silicon Valley, where he and his wife Love Quinn (Victoria Pedretti) and their baby have settled into the doldrums of suburbia. A couple episodes into season three, it feels like elements of the first season—a witty sendup of arty literary types and Instagram-obsessed basics in New York—were part of an entirely different series.

That’s not necessarily a huge problem, as it would be nearly impossible to recapture the sharp satire that made season one of You so great, and difficult to replicate the almost-accidental success of the public’s consumption of the first season. But if season three of You falters in one area, it’s that it pushes us to sympathize more with Joe now that he’s stuck in a marriage and a town he wants nothing to do with. Meanwhile, the storyline attempts to get inside the head of Love, who has been revealed to also have the same thirst for blood as her partner (though she carries out her kills messily, and is nowhere near as careful as Joe).

By bearing witness to couples therapy sessions—and of course, the show’s signature inner monologues—the audience finds themselves deep in the minds of these killers. But isn’t one key point of satire to hold a mirror up to that very audience, and by extension, society—to exaggerate the flaws so we can access a deeper understanding of ourselves? I’m not sure placing us inside of Joe and Love’s heads so often is going to accomplish that goal. We don’t need to look further inward with Joe and Love. We get it, they are a sick couple. What needs to happen more often is a look at the people who surround these protagonists. Then we’ll more clearly understand why someone might be compelled to commit the crimes the two are most certainly guilty of.

You’s third season is so much more successful at nailing that satire when it turns its lens on the Madre Linda townspeople, who are obsessed with their image in a different way than the woo-woo citizens of Los Angeles Joe despised so much in season two. There’s an anti-vaxxer named Gil (Mackenzie Astin) and a tech tycoon whose wife goes missing (Scott Speedman). Shalita Grant shows her range as the indefatigable, vain Sherry Conrad, a mommy blogger. These are the tragically funny characters who, when the show focuses on them and their absurdity, make You worth watching. The reason You was successful in the first place was because of how it carefully married pulpy trash with sharp wit. Hopefully You will dial up the camp factor even further in season four.