Asheville, N. C. — with its lively arts district, locavore food movement and over-the-top, Gilded Age mansion — attracts hordes of leaf peepers as soon as the temperatures start to drop. But a two-hour drive up the spine of the Blue Ridge Mountains, the less-visited Boone, a gem of a college town in the heart of Southern Appalachia, offers many of the same attractions, and plenty more besides. Come for the fresh air and majestic mountain views, but stick around to sample the local brews, enjoy live music and admire the fine crafts of the area’s talented artisans. The Blue Ridge Parkway is well worth the small detour for its historic sites and sweeping overlooks, while nearby Blowing Rock — a genteel resort town long favored by well-to-do Southern tourists — offers fine dining, swank boutiques and one of the most famous views in the state.

The forested bluffs of Elk Knob State Park might have been turned into a housing development had it not been for a group of concerned citizens who joined with the Nature Conservancy to purchase the land and hand it over to the state government in 2003. Now protected, the park’s 4,200 acres are home to wild turkeys, bobcats and brown bear, as well as flame azaleas, orchids and the rare Gray’s lily. Get a close-up look at this high-mountain habitat along the 1.9-mile Summit Trail — a steady, well-marked climb that leads you to the top of Elk Knob (5,520 feet) and rewards you with a panorama of the rolling Blue Ridge Mountains. The views are especially radiant in the first half of October, when the fiery autumn colors at this elevation usually reach their peak. On a clear day, you can catch a glimpse of Mount Mitchell, the highest mountain east of the Mississippi.

So hard to reach were the mountainous counties of northwestern North Carolina that lowlanders early in the state’s history often called them “the lost provinces,” and the nickname stuck into the first half of the 20th century. Modern highways have solved the access problem, but the old moniker has been embraced by the owners of Lost Province, a popular brewery-cum-restaurant that opened in downtown Boone in 2014. The vaulted wooden interior welcomes friendly crowds of locals and visitors, who come to dine on the wood-fired pizza, enjoy the house-brewed beers and catch some live music (bluegrass, classic rock, folksy singer-songwriter sessions) on a Friday night. Dinner and drinks for two, about $50. 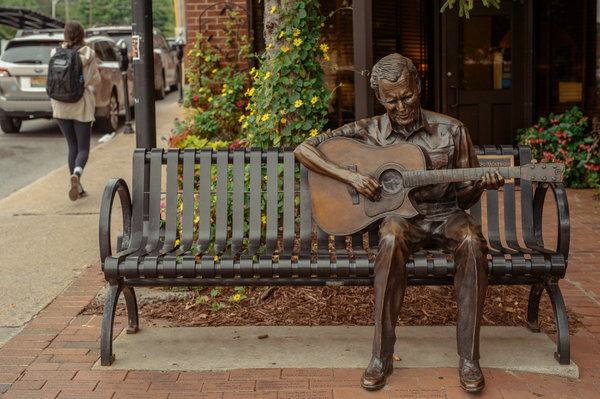 Start your morning with a cappuccino and blueberry scone from Stick Boy Bread Company, a popular bakery and coffee shop that offers a rotating selection of pastries, loaves, cakes and seasonal pies. Grab a stool by the window and gaze across the road at the source of Boone’s youthful energy: Appalachian State University, where the student population of roughly 19,000 just exceeds the population of the town. Breakfast for two, about $12.

Boone was named after the storied pioneer Daniel Boone, who hunted, fought and started a family in the area in the 18th century. Spend a couple of hours exploring the city’s lively main drag, King Street, which still has a hint of frontier charm. Stop by the Mast General Store, which has just about everything you could need — from hiking gear to kitchenware to dozens of varieties of hard candy. Browse the work of local potters at Doe Ridge Pottery, where you can watch the master potter at work in the back. Or explore the fine arts and crafts on display at Hands Gallery, which features the work of jewelers, painters, basket makers and other artists from the region. Look out for the bronze statue of Doc Watson with his trusty guitar, which he called “Ol’ Hoss,” sitting on a bench on the corner of King Street and Depot Street. The celebrated musician, who died in 2012, was born a few miles down the road.

5) Noon. Cuisine with a conscience

For a high-quality, locally sourced meal in a warm and friendly setting, stop by F.A.R.M. Café on King Street. It’s not obvious at first glance, but this easygoing diner, which attracts a mixed crowd of professor types, families and tourists, doesn’t have fixed prices (although there is a suggested donation of $7 for a small plate and $10 for a large). The cafe’s full name is Feed All Regardless of Means, and its goal is to eliminate hunger in North Carolina’s High Country. The menu changes every day but always includes a home-cooked soup, main, two sides, salad, dessert and as much iced tea as you can handle.

About a 20-minute drive from downtown Boone, The Blowing Rock (as distinct from the nearby, article-free town of Blowing Rock, which took its name from the famous local boulder) claims to be the oldest tourist attraction in North Carolina. Eighty-six years after its opening, the site — a quarter-mile graded trail along the edge of a blustery cliff — continues to draw plenty of visitors, who come to admire the far-reaching and easy-to-access views of some of the state’s highest peaks. If you’re not spooked by heights, you can dangle your legs off the Blowing Rock itself, where — legend has it — the strong wind once blew a Cherokee brave back into the arms of the woman who loved him. Entry, $7. 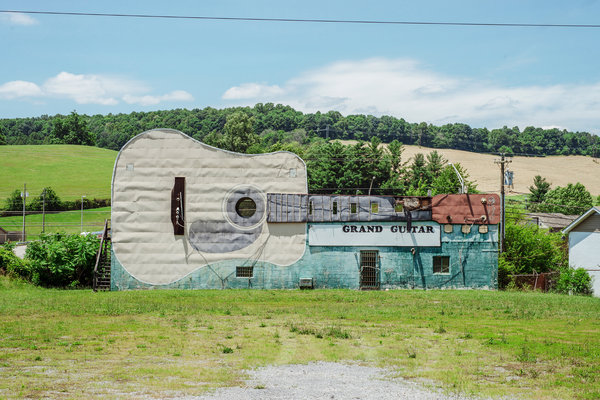 Just a few miles down the road, the vaulted Blowing Rock Art and History Museum houses a small but impressive selection of local art and artifacts (free entry). A number of paintings by the artist Philip Moose, a North Carolina native, are on permanent display, alongside an informative exhibition on the history of Blowing Rock and tourism in the area, which has long driven the town’s economy. A colorful and thought-provoking exhibition on textiles and fiber art in the state runs through the end of October, to be followed by a retrospective on the work of Hugh Morton, one of North Carolina’s most important photographers.

So on-brand is Blowing Rock that even the local bank and gas station display the town’s classic native-stone exterior. The result makes for a pleasant wander — from the manicured park at the heart of the town to the many high-end boutiques that line the local Main Street. Start at Neaco, where you can pick up modern décor and funky gifts, then wander down to Crown Gallery, which sells fine art from the region and beyond. Bolick and Traditions Pottery is worth a look for its brightly glazed ceramic dishware, while Windwood Antiques offers a wide array of vintage copperware, artwork and furniture. If you’re feeling inspired, leave a note on Blowing Rock’s public prayer tree, which overflows with messages from the many souls who have passed by.

Blowing Rock’s Inn at Ragged Gardens has been around for so long that the shingles covering the hotel’s exterior are fashioned out of the bark of the once-widespread American chestnut. The hotel’s woodsy feel extends to its popular restaurant, The Best Cellar, which offers fine dining in a cozy, fireplace-warmed dining room. Order the crispy-skinned roasted half duckling or the locally caught mountain trout, served with a white wine, butter and caper sauce. Reservations essential. Dinner and drinks for two, about $100.

For an exceptional brunch in downtown Boone, stop by Melanie’s Food Fantasy, where the menu features produce, eggs and meat from local farms. Order a fresh-squeezed, grapefruit-juice mimosa to go with your eggs Florentine, or keep it simple with bottomless black coffee alongside that classic Southern breakfast: biscuits and gravy. If the weather’s good, ask for a table on the leafy, brick-lined patio. Brunch for two, about $40.

The local stretch of the Blue Ridge Parkway — a 469-mile ribbon of highway that’s managed by the National Park Service and that passes between Boone and Blowing Rock — offers a window into the area’s history as well as plenty of spots to admire expansive mountain views. Stop by the visitors’ center at Moses H. Cone Memorial Park, where you can pick up a Parkway map, browse the impressive handiwork of the Southern Highland Craft Guild, and poke around the supposedly haunted, turn-of-the-century mansion (open April to late November; guided tours offered from June to October, reservations required). Built as a summer home for the Gilded Age businessman Moses H. Cone and his wife, Bertha, the house — known as Flat Top Manor — was financed by the Cone family’s busy textile mills, which would go on to supply denim to Levi Strauss & Co., among other clothing manufacturers, for much of the 20th century. From the Cone Estate, head south to the picturesque Price Lake, then turn back north for the overlook-filled, 25-mile drive up to Jeffress Park, where a short hike will lead you to the gushing Cascade Falls.

If you want to stay in downtown Boone, your best bet is The Horton, a sleek boutique hotel (with a popular rooftop lounge) that opened earlier this year. Double rooms with breakfast start from $289 in the busy autumn season.

For a homier stay, try Alpine Village Inn, a motel-style guesthouse with a well-tended garden that’s a short walk from the main drag in Blowing Rock. Double rooms without breakfast start from $149 a night.

Plenty of rural cottages and apartments are available on Airbnb, where rentals range from $100 to $250 a night.

A starter kit for escaping into the world.