WITH toads in the tent, midnight runs to the loo and crawling on all-fours into bed, camping – as I knew it – is definitely not far the faint-hearted.

But my nightmares receded as I checked in to Croatia’s first glamping site and was whisked to my palatial beachside cabin by chauffeur-driven buggy. 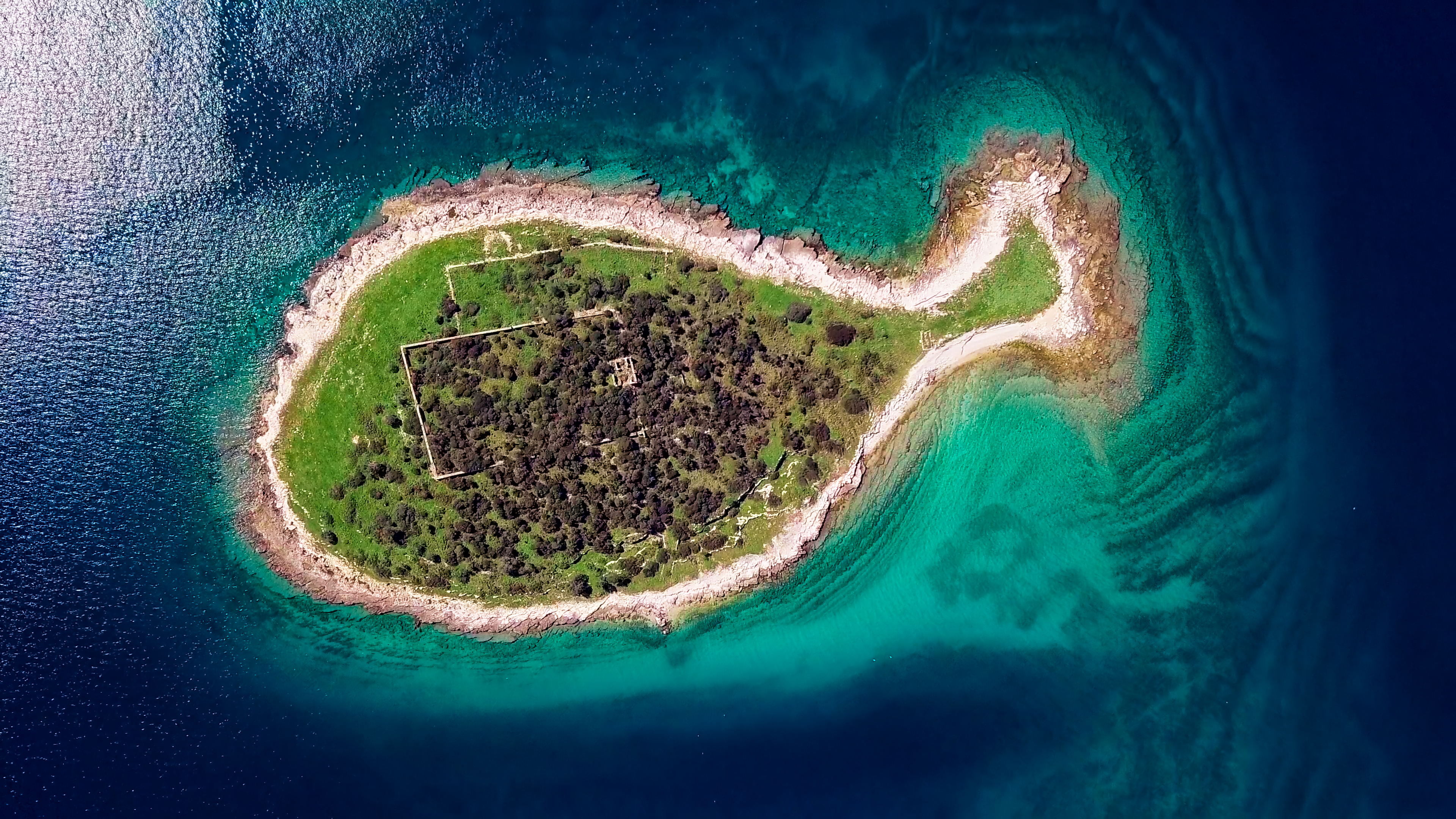 My pad at the 5* Arena One 99 had a double bedroom, twin attic room, bathroom full of Elemis toiletries, Illy espresso machine and a hairdryer. Could this be heaven?

Thankfully, there was not one slimy amphibian in sight.

The only local wildlife I had to contend with was a sivi cuk, or little owl, punctuating the nights with rhythmic hooting.

No pitching up or stocking up was required at this site on the Istrian Peninsula, as the 199 tents — in eight varieties, sleeping up to six — were ready to go. 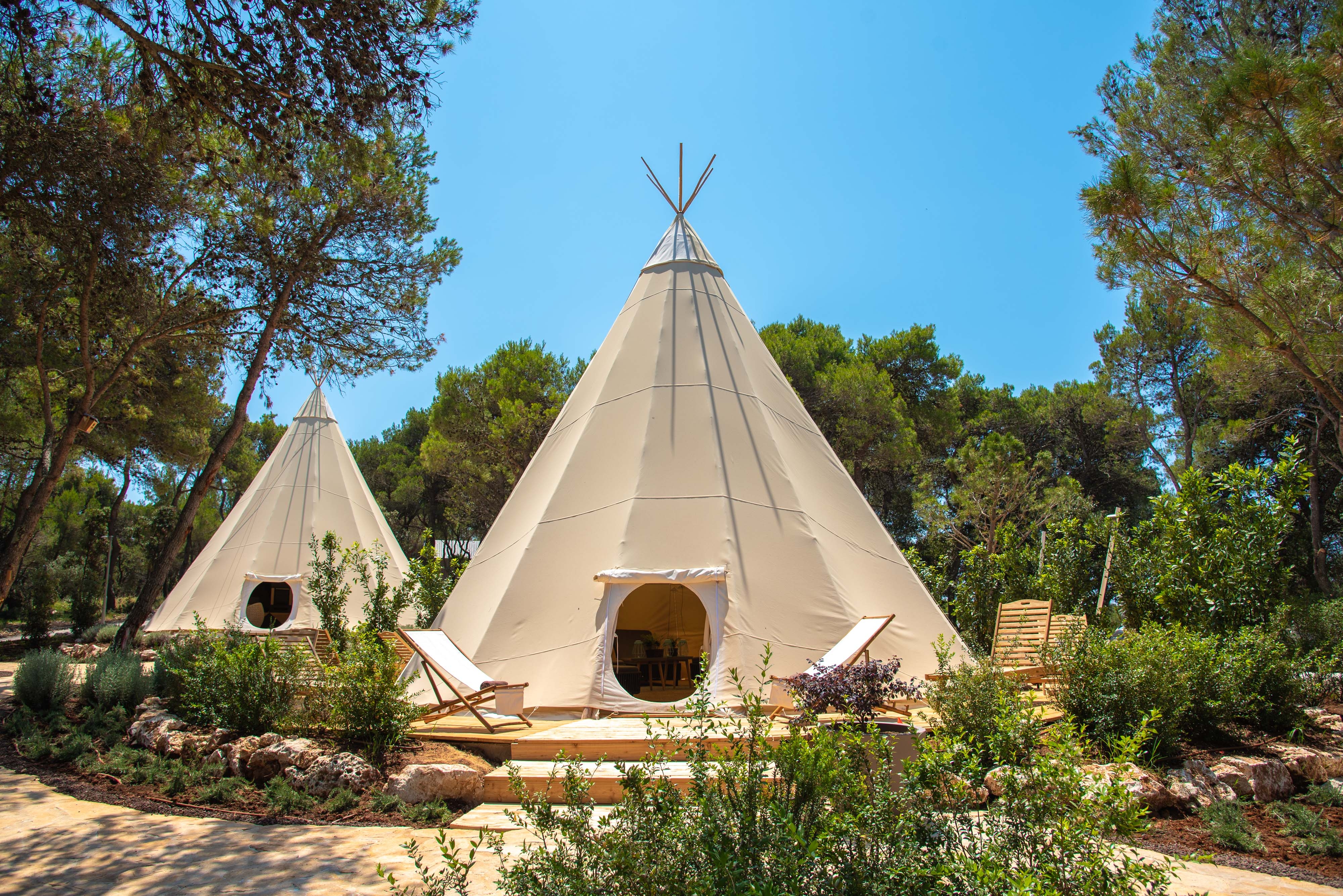 Nestled into the Pomer hillside, the cabins twinkled in the light, tumbling through a pine forest towards the Adriatic Sea where paddle-boarding and windsurfing are on offer.

With two beachside cafes and a restaurant serving up Istrian food by the bucket-load, I didn’t need to leave the campsite during my stay.

I roamed the grounds and took advantage of the spa at the top of the hill, indulging in a hot lava shell massage in a candlelit yurt and a dip in the al fresco hot tub.

It would be rude not to sunbathe when the beach was just seconds from my front door and once I found a groove on the pebbles, I was all set to sweat in the 30C heat. 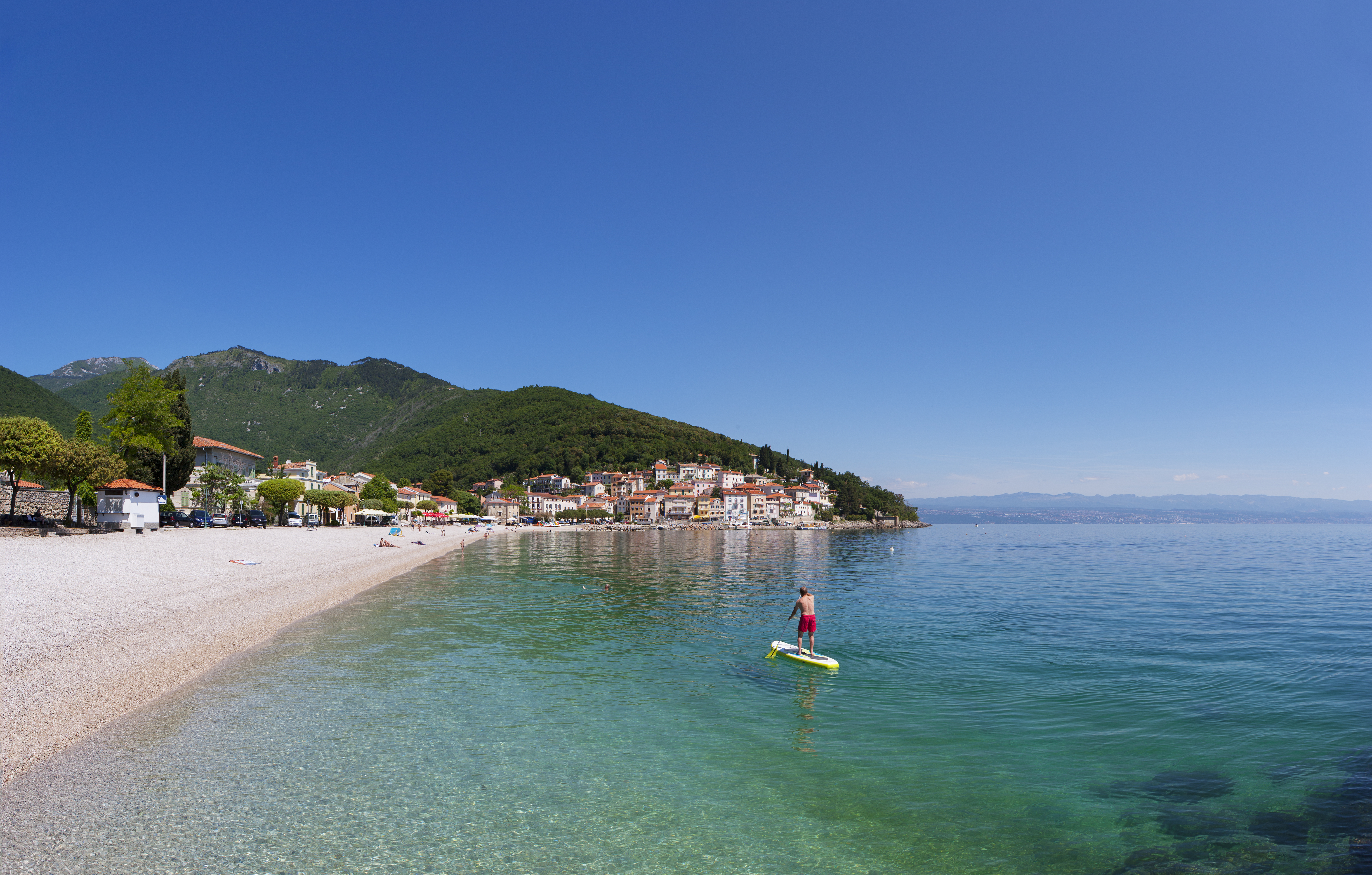 Locals say the aquamarine sea is therapy for body and soul — and I was keen to see if the magic worked on me.

Teetering across the pebbles, it was a bit of an effort to get deep enough to swim . . . but once I was in, it was pure bliss.

There were no currents or ferocious waves to contend with, as the campsite is placed perfectly in an inlet on the coastline.

Locals say the sea is best experienced at dawn, so the “dawn dunk” theory became my morning wake-up ritual for the rest of the holiday. 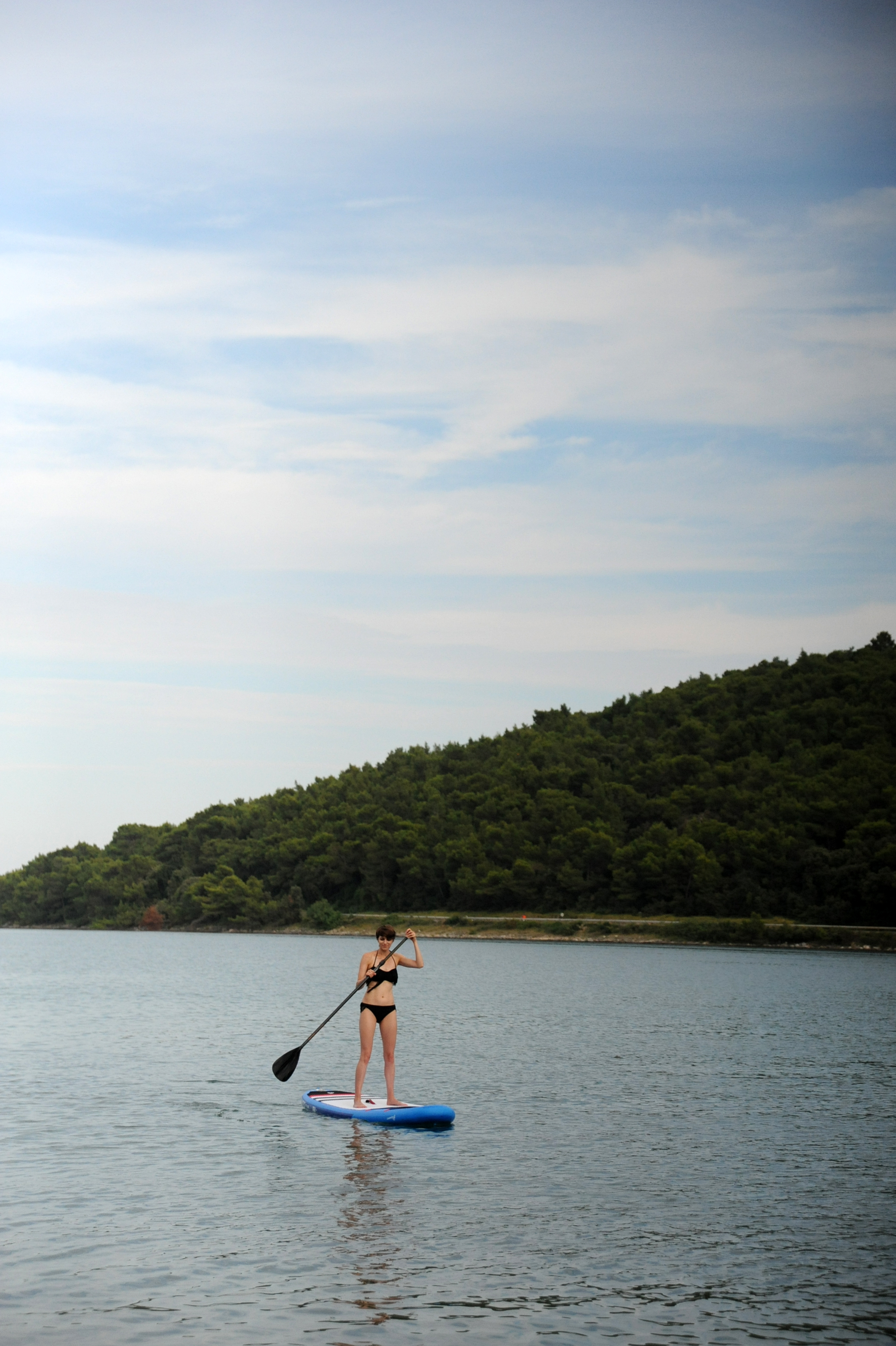 It was the perfect way to bust a grappa hangover (Istria’s favourite after-dinner tipple).

Though it would be easy to stay on the site, the capital city of Pula is a 15-minute cab ride away and I was keen for a trip through history.

We met Branka, our guide, at the Roman amphitheatre, which is the sixth-largest in the world. In its heyday it held 23,000 spectators baying for gladiator blood.

The gruesome games ceased around the 5th Century and the amphitheatre now hosts an annual film festival — plus concerts by the likes of Tom Jones (who locals seem to love). 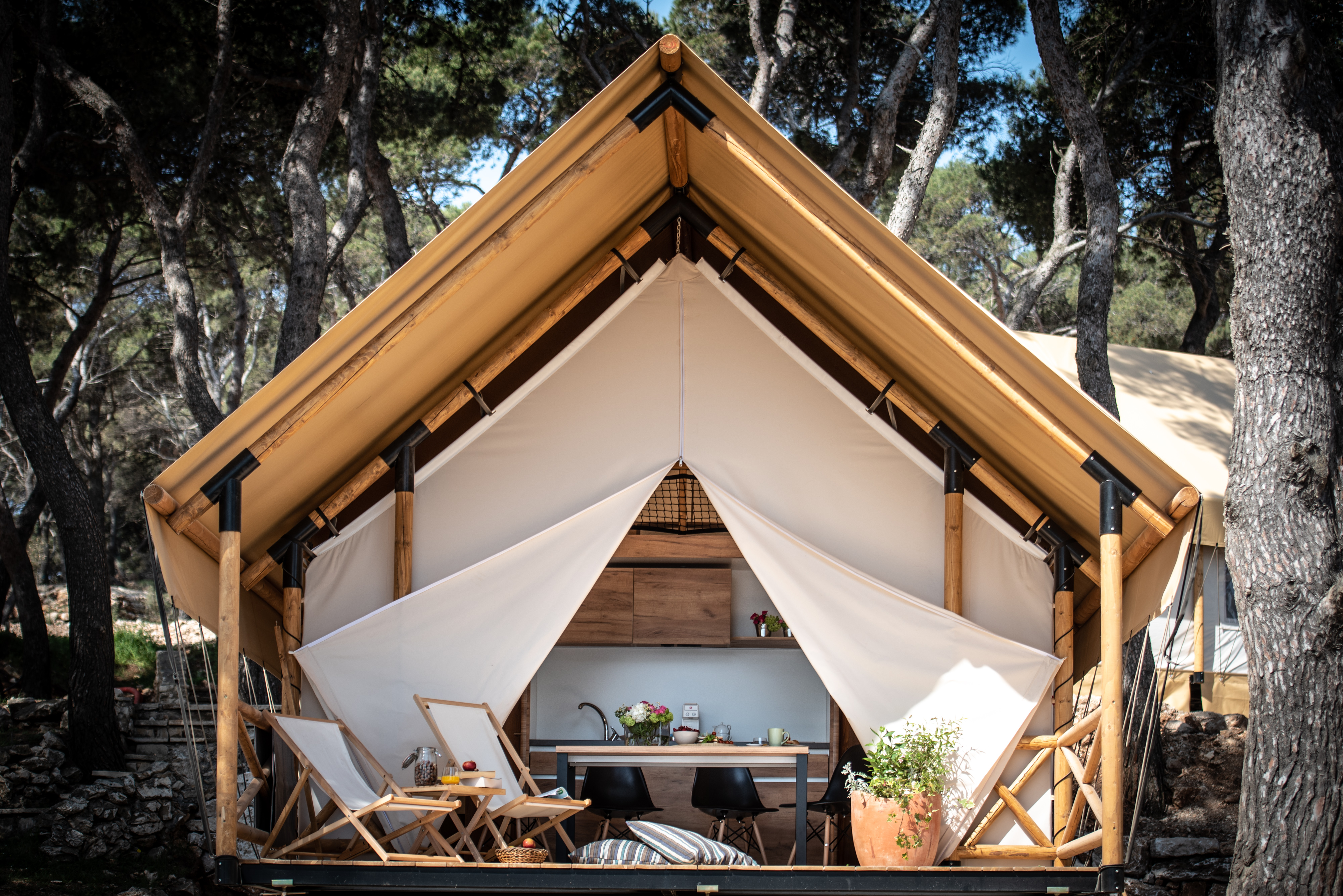 Istria was passed around between the Romans, Venetians, Austro-Hungarians and Italians under Mussolini before becoming part of Yugoslavia in 1945, then Croatia in 1991.

The result of the flux? The capital is a stunning shambles of a city, with a fascinating hotchpotch of culture, cuisine and architecture.

Roman wonders such as the Arch of the Sergii jostle for space with imposing fascist buildings, while a hilltop 17th-Century Venetian castle offers panoramic views.

Back at base camp, I tried my luck at paddle-boarding and, to my surprise, did OK. Gliding through the sea, I felt free and had space to steer clear of a bevy of local kids taking a windsurfing class. 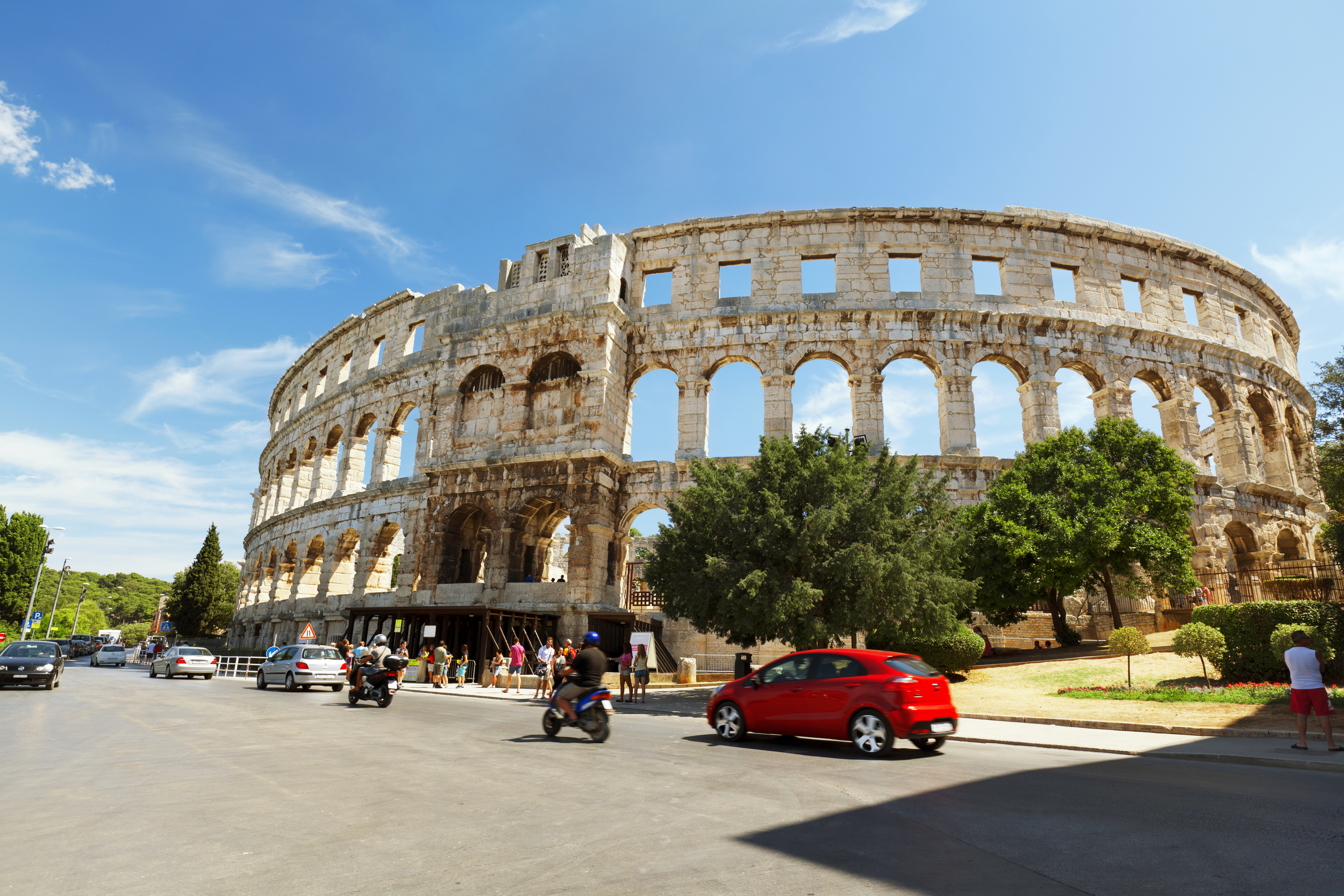 Before returning to London, there was just time for another sightseeing stop — to the Brijuni Islands, a 3km ferry ride from the bustling village of Fazana.

Once the summer residence of Yugoslavia’s dictator Tito, the islands ooze retro splendour — his ’53 Cadillac Eldorado is still parked out front.

You can even hire the giant US gas-guzzler for the day. Tito played host to actresses Elizabeth Taylor and Sophia Loren as well communist leaders Fidel Castro from Cuba and Ho Chi Minh of Vietnam.

Some even gifted him exotic animals to repay the favour. 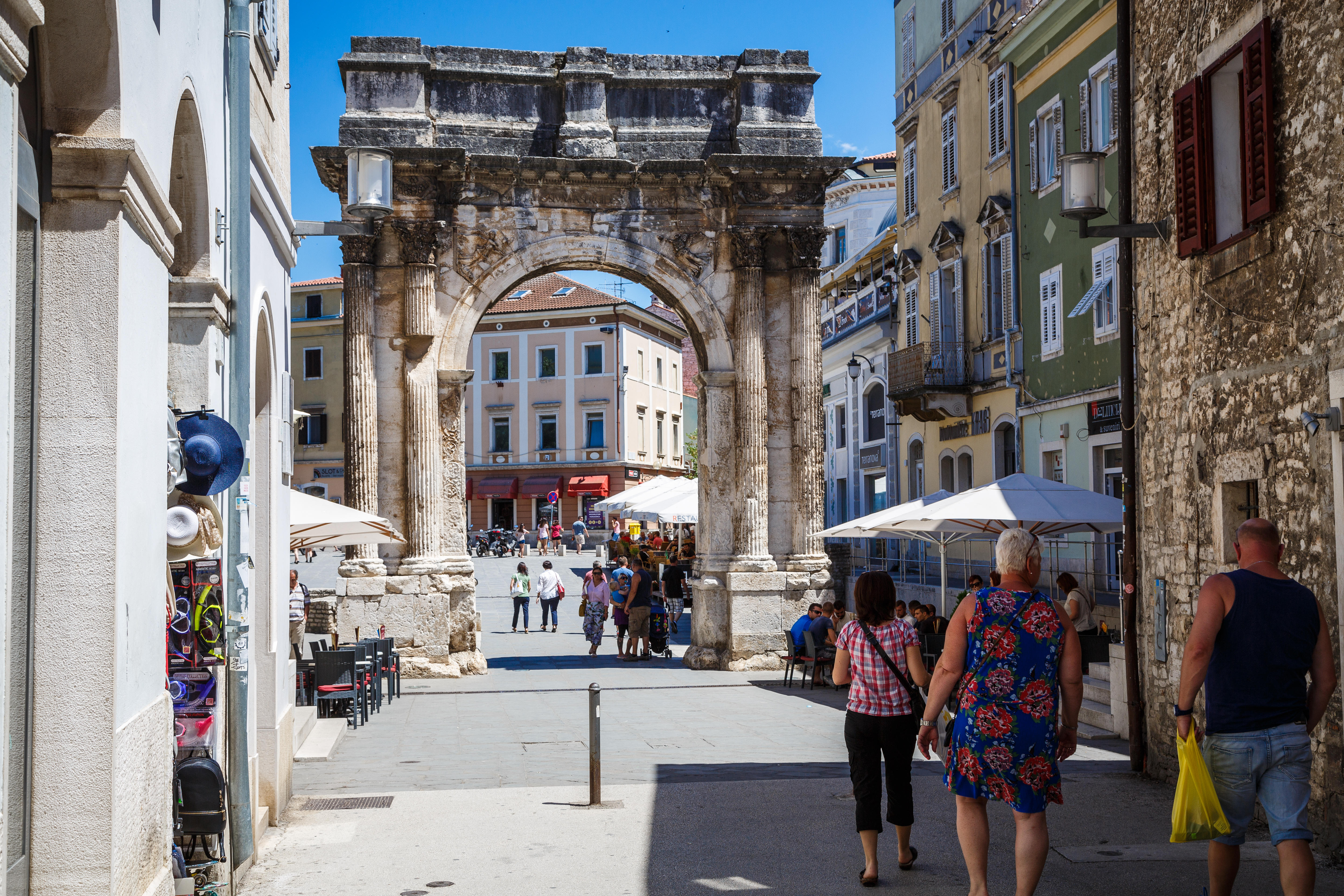 Since Sony’s death in 2010, Lanka has lived alone.

Our guide insists she is happy but I can’t help feeling she must feel lonely.

Back at Fazana, we indulged in a long, lazy lunch at the seafront restaurant Stara Konoba.

Back at base, I took a well- deserved afternoon nap and had a beach-bar aperitif before the last supper of my break, at Park Plaza Histria Pula, with its stunning sea views and live music.

This sun-drenched, beachside glamping site was the perfect antidote to any fast-fading camping fears.

STAYING THERE: Arena One 99 is from £33.11pppn based on two sharing a Mini Lodge. See arenaglamping.com.

GETTING THERE: Flights from Stansted are from £30 one way. See jet2.com. For early morning flights, Premier Inn at Stansted offers one night’s B&B from £49pp based on two sharing with eight days’ parking. See holidayextras.com or call 0800 1313 777.

OUT & ABOUT: For guided tours of Pula see pulainfo.hr. For a sightseeing tour of Veliki Brijuni see np-brijuni.hr.