Before I studied abroad, I had a pretty lengthy bucket list written down in my phone. It mapped out the dreamy destinations in Europe I wanted to go to within the next four or five months, and the things I wanted to do there. So when my best friend and I booked a 10-day-long trip for fall break, I was extremely excited to check some of those items off. What I didn’t know is that I’d discover things to do in Berlin, Germany that would make me completely fall in love with this amazing city.

I had zero clue that this modern, yet historical, place would hold such a special place in my heart. I had no idea that on a very chilly afternoon in the middle of October — after doing tons of sight-seeing — I would walk into a local coffee shop, order a gigantic cup of apple and cinnamon-flavored tea, and watch locals and backpackers walk down the sidewalks.

But I’m happy that it all happened so unexpectedly and serendipitously; I think that added to the charm. I think that was when I began having thoughts like, "I could stay here a while," and, "What’s that museum all about?" it made my wanderlust grow and my adventurous soul feel like a million bucks. If you’re planning on heading to this city, then consider doing these five things so you totally fall in love with it as well.

1. Walk Along The East Side Gallery 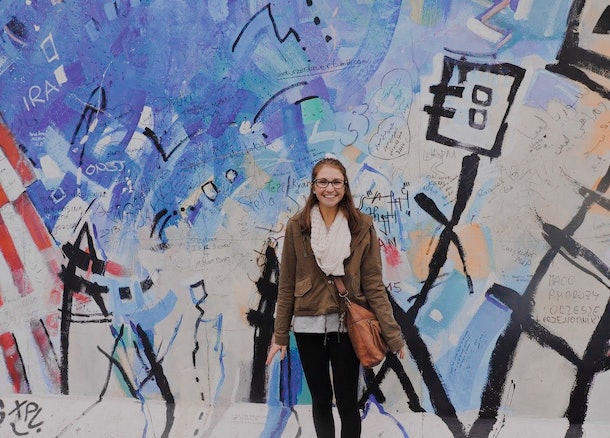 First things first: If you’re going to Berlin, you should hop on the metro and head to the East Side Gallery. It was the Berlin Wall, which split the city in two, but now it’s an open-air art gallery where street artists and painters have taken over. It’s the coolest thing to walk along because it captures the city’s rich history and modern style of art, for a total of 1.3 kilometers, according to VisitBerlin.de.

Give yourself time to take in the colors, words, and drastic lines in each piece of work, and pose with the parts of the wall that make you feel something. Personally, I loved this section that was filled with bright purples, blues, and yellows, and was one gigantic masterpiece.

When you’re studying abroad, you learn how to explore a city like a local very quickly. You figure out what spots attract a lot of tourists and which major sights are worth your time and energy. Alexanderplatz, a massive public square in Berlin, is one of those sights and also a major hub for the metro.

During your time in the city, you’ll probably pass it at least once, but you should stop for a while to see a street performer or walk into a trendy shop. If you’re going around the holidays, spend an afternoon here wandering around the Christmas markets, catching a movie, or treating yourself to local cuisine. You won’t regret it — I pinky promise.

3. Treat Yourself To A Hot Tea Or Cold Brew 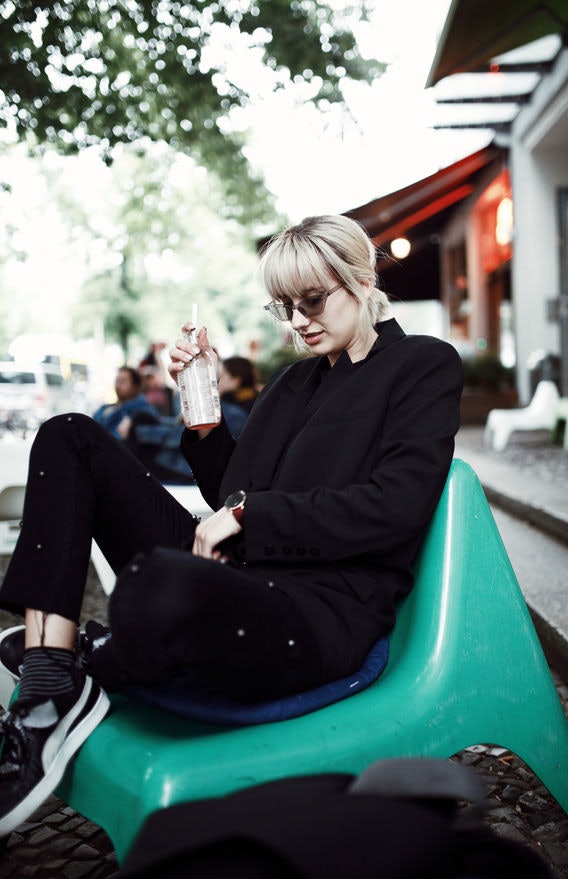 Berlin — depending on what time of year you go — can be cold. If you don’t check the weather app on your phone before you go and don’t pack any sweaters, scarves, or boots, you’ll likely regret it. (Guilty.) What will warm you up, though — and also make you fall in love with this city even more — are the coffee shops with hot tea on the menu.

They’ll remind you that this city can be cozy and inviting, despite the wind being so harsh. From the minute you get your mug that says "have a nice day" on the inside, your soul will be renewed. Of course, if the weather is hot, you can also treat yourself to a cold brew or a sleek bottle of iced tea. Either way, prepare to have all the heart eyes for this sweet destination.

4. See The Sights From The Berlin Television Tower

When I went to Berlin, I was lucky enough to be staying in a hostel that was right near the Berlin Television Tower. Every morning after putting on my outfit for the day and eating breakfast, I’d walk outside and see this beauty in all its glory. If you have time to add it to your itinerary, definitely do so.

Go online and grab tickets for the observation deck, or make a reservation at the restaurant that sits so many feet up. Then, when the time comes, see the sights of the city from above. Gaze at the bridges, museums, and monuments, and realize you’re having a once-in-a-lifetime experience.

5. Take Pictures With The Bradenburg Gate 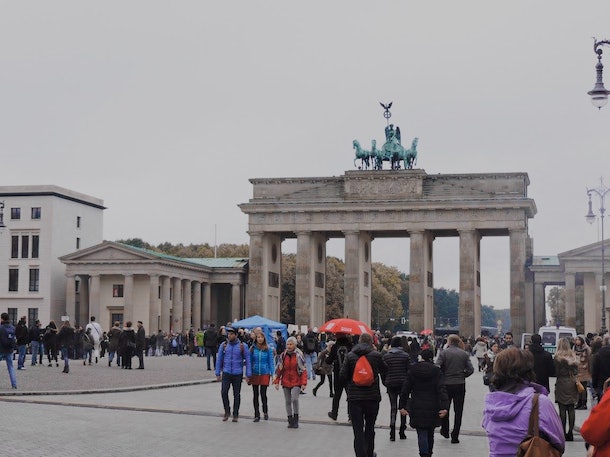 Last but not least, you absolutely have to check out the Bradenburg Gate if you’re going to Berlin. This is arguably the most iconic sight in the city because of the story behind it. According to VisitBerlin.de, it’s of symbol of when the city was reunited after being split by the Berlin Wall. It’s an attraction you can’t miss.

If your itinerary allows it, visit this spot multiple times — once on your own, and twice with a tour guide. That way you can learn all of the details behind the architecture and what’s gone on in the square itself. You might not know it now, but having experiences like that will make you fall head over heels for beautiful Berlin.