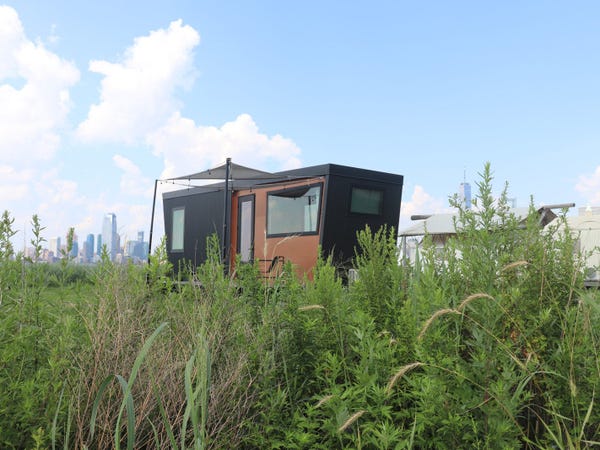 The New York skyline is one of the most recognizable sights in the world, but this summer I discovered the best place to view it: a secluded tiny house on an island in New York Harbor.

In August, I stayed in a tiny house on Governors Island, which is sandwiched between Brooklyn and Manhattan, and was most impressed by the magnificent views. The tiny house, which is part of Collective Retreats, is 300 square feet and looks out on lower Manhattan, the Statue of Liberty, and Ellis Island.

The tiny house is situated on the west side of Governors Island, which makes it the perfect spot for sightseeing. 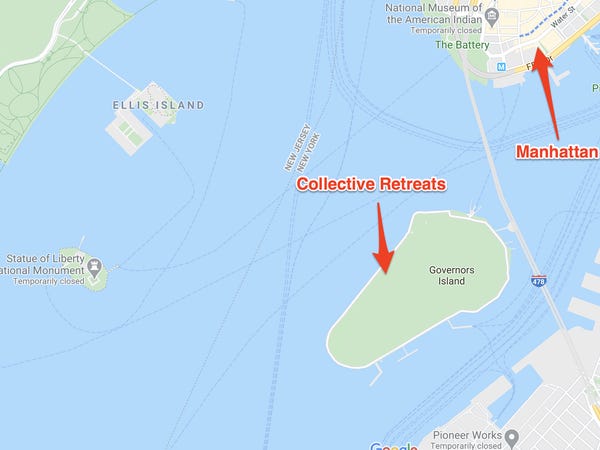 Located just 800 yards from Manhattan, Governors Island has 360-degree views of Brooklyn, Manhattan, and New Jersey. However, the tiny house, which costs $1,000 per night, is located on the west side of the island, offering panoramic views of lower Manhattan and New Jersey.

While the tiny house is only 300 square feet, there is plenty of outdoor space to catch glimpses of the landscape. 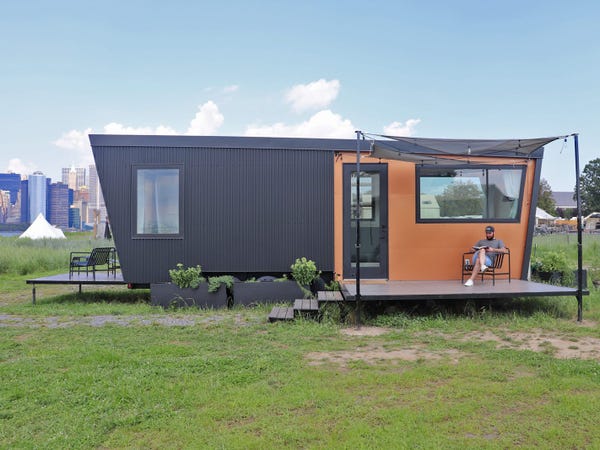 The tiny house has two decks: one on the side and the other on the back.

Standing on the back deck, I had the perfect view of lower Manhattan, and it came without the city crowds. 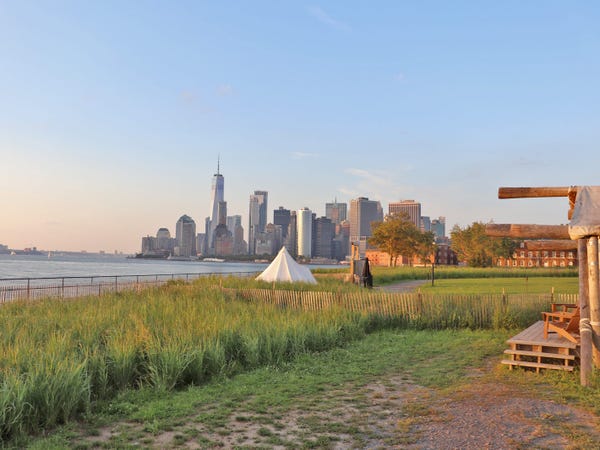 The Freedom Tower stands highest amongst the other skyscrapers in this skyline.

This vantage point offered a unique look at the city I see every day. 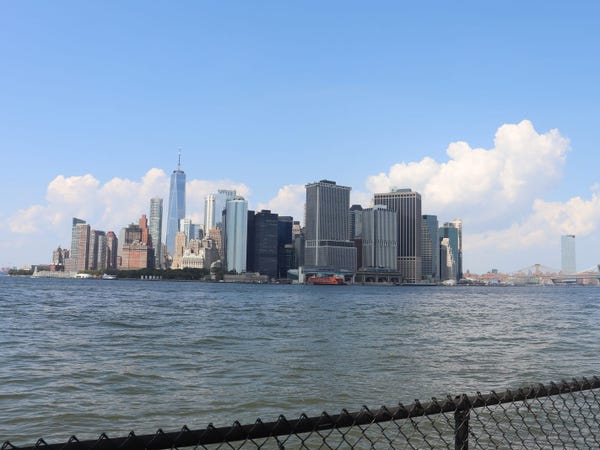 It's clear that Manhattan really is just an island, tightly packed with skyscrapers and people.

To my right, I had an uninterrupted view of the Statue of Liberty. 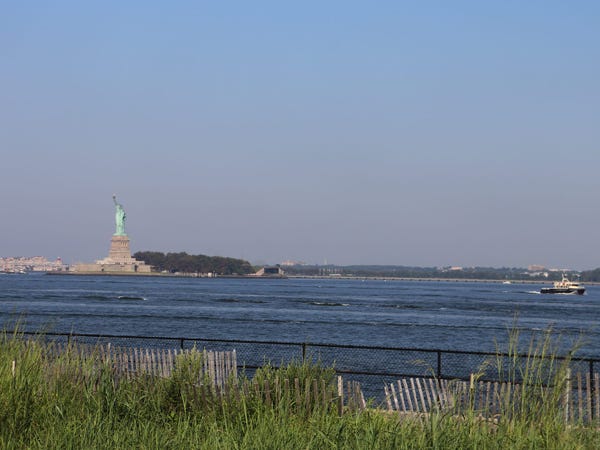 Since the Statue of Liberty remained closed for most of the summer due to coronavirus, it was great to see this national landmark from a safe distance.

Every now and then, a Staten Island Ferry crossed the water, bringing color to the landscape. 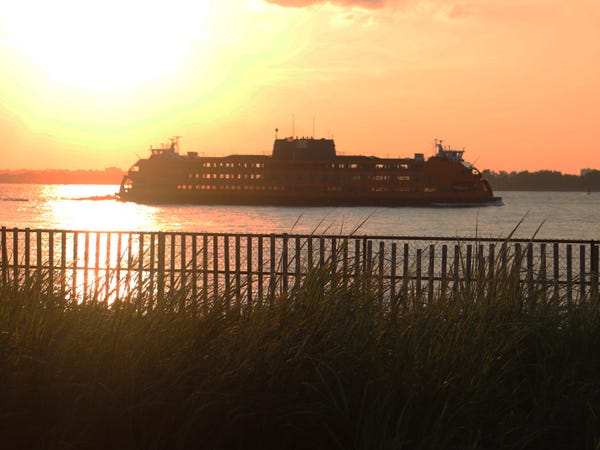 The Staten Island Ferry runs 24/7, and it's free for all passengers. The orange ships criss-crossing the water were a constant during my stay in the tiny house.

When the sun set, I couldn't take my eyes off the Statue of Liberty. 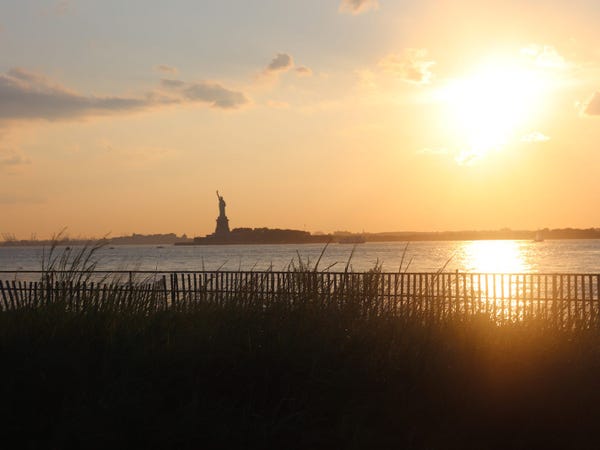 I've lived in New York for most of my life, so I've seen several sunsets in the city, including the famous Manhattanhenge. But the sunset I witnessed from the porch of the tiny house is one I'll never forget.

The sun setting on the water brought a dazzling array of reds and oranges — a sight I never see from my Brooklyn apartment. 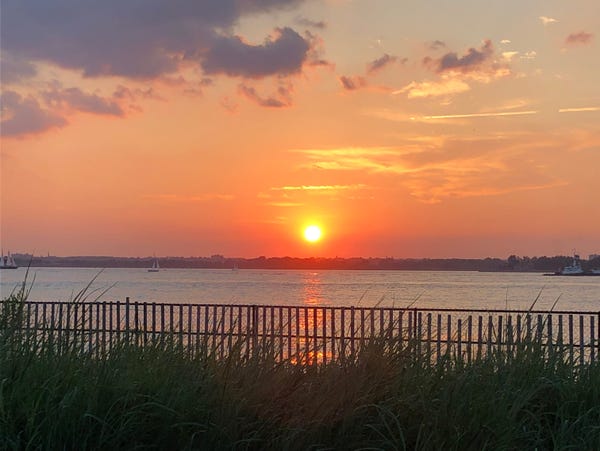 As the sun set, it highlighted Ellis Island, another national monument that once acted as a checking point for incoming immigrants.

At night, the twinkling lights of lower Manhattan acted as a nightlight for Governors Island. 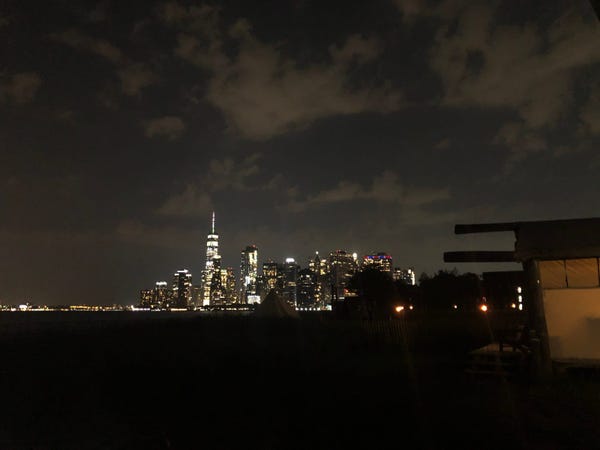 The lights of the city stayed on all through the night.

When I woke up the next morning, I was greeted by the cityscape peeking through the tiny house's window. 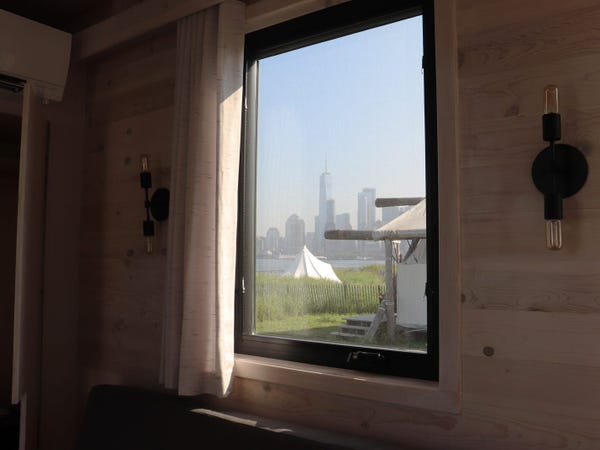 After spending a night on Governors Island in a secluded tiny house, I know I'll never get to witness a New York sunset like that again. 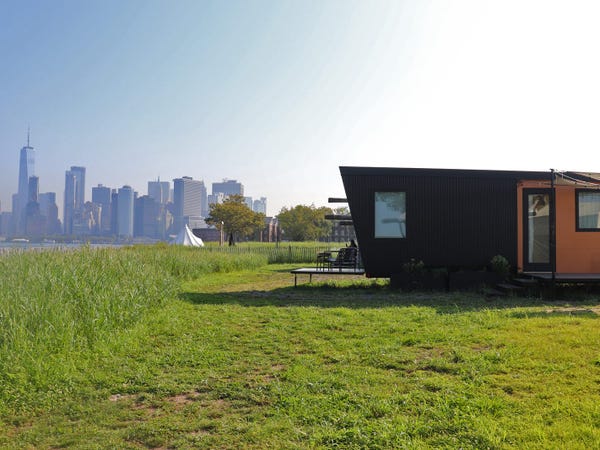 Taking a step back from the city puts it into a new perspective. When you're pounding New York's pavements, you can forget about the city's size and allure. From back here on Governors Island, the sweeping landscape and dazzling sunset helped remind me just what makes this city so special.